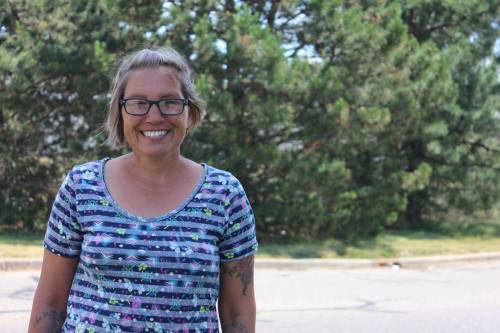 Cindy Sy will be the Amvets first female commander of the post in Mesick. 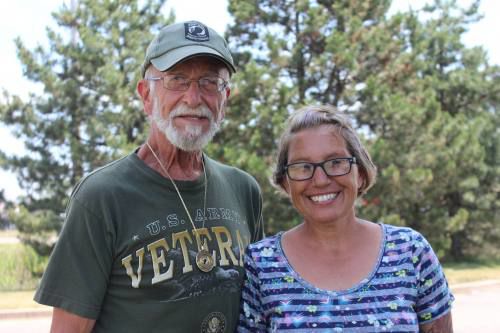 Cindy Sy poses for a picture with her husband, Keith Hutchison. 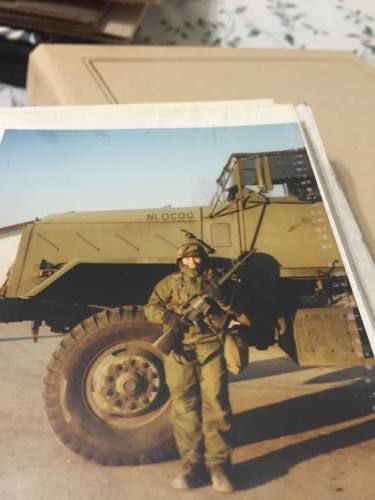 Cindy Sy will be the Amvets first female commander of the post in Mesick.

Cindy Sy poses for a picture with her husband, Keith Hutchison.

CADILLAC — Cindy Sy has put her whole heart and soul into the Amvets post 120 in Mesick.

On Saturday, she'll take her spot as commander of the post, the first woman to do the job in the post's history.

Amvets nationally are in the middle of elections, but as things stood this week, there are 70 female post commanders out of 900 posts, with 13 women serving the organization at the national level, according to Miles Migliara, Amvets National Communications Manager.

Amvets bills itself as "the most inclusive Congressionally-chartered veterans service organization." All veterans can join, so long as they were honorably discharged.

"We actually have quite a few female commanders," said Carol Hebert, executive director of Amvets in Michigan and post commander in Muskegon, citing herself, a Grand Rapids commander, and a former commander in Niles. "The women are kind of taking over."

One of Sy's most important missions is to help veterans through mental health crises.

It's a problem she knows intimately.

It wasn't battle-related, but Sy had survivor's guilt. She didn't understand why she was alive, why she survived when others might have died.

"It's just a dark hole that I don't understand to this day," Sy said.

What kept her alive?

Sy extended her forearms on the table, showing tattoos of her parents' faces.

"Mom and Dad. It would have killed them," Sy said of her determination to live.

In her role as commander of Post 120, Sy plans to encourage more conversation about mental illness.

"I do not hide the fact that I need to be on an anti-depressant and anxiety medicine to get by every day," Sy said. "I'm not ashamed, because if I didn't do it, I wouldn't be here."

The stigma against talking about depression and suicide in the military needs to end, Sy said.

The focus on mental health is a trend among veterans organizations, Hebert said, citing Amvets' "HEAL" Team and suicide prevention programs. Helping the public understand the signs of suicide is also a key part of the Amvets strategy, Hebert said.

"Who knows a veteran more than their family members do?" Hebert said. When family members know the signs of veteran suicide and the resources that are available, they can help veterans.

'I wanted to see the world'

The first time Sy tried to sign up for the military, she backed out.

"I called my parents and tell them I was going to Fort Jackson for my basic training and Mom said, 'Oh, goody, you're going to be just like your sister,'" Sy recalled. "So I called the recruiter and said, 'I ain't going.' I didn't want to be my sister."

Sy was still a kid, practically, only just out of high school.

But soon she was back in a recruiter's office.

"I was ready for the adventure and ready to go," Sy recalled. She ended up doing basic training at Fort Dix in New Jersey.

"I got in trouble for laughing all the time," Sy chuckled. "They tried to scare you and they're not really scary."

Sy spent much of her career as a lab tech, but drove five-ton trucks whenever she could, helping to set up field hospitals when she was deployed in Somalia and Haiti.

"I wanted adventure and to see the world and that's what I got," Sy said.

Sy served for a total of 16 years over a 20+ year period. The arteriovenous malformation took Sy out of the service (a temporary retirement) and she ultimately retired in 2010. She moved to Mesick with an ex-husband, relieved to be closer to her parents in Kalkaska.

Sy will be sworn in as commander of the Mesick post Saturday.

She is already a familiar face around the post. An Amvets for the past couple of years, Sy is known for her sense of humor and occasional use of a nerf gun when the crowd gets a little too "lippy," according to Spierling.

Sy started working at the post after her parents died. She needed something to take her mind off things.

"I was struggling," Sy said.

During the recent closure due to COVID-19, Sy put in extra work at the post, rearranging the storage room, wiping down walls, hanging curtains and cleaning the carpet, Spierling said.

In addition to her work around mental health, Sy plans to boost the post's appeal, offering more entertainment and focusing on ways to help veterans.

"There are needy veterans in the area who aren't coming in ... that we need to start reaching out to," Sy said.

Intertia will be one battle. People are used to the way things have always been done.

"Like anything, there's gonna be some conflicts, but people will get over it," Spierling said.