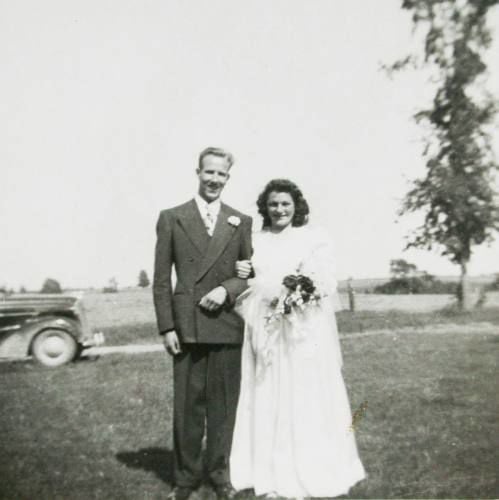 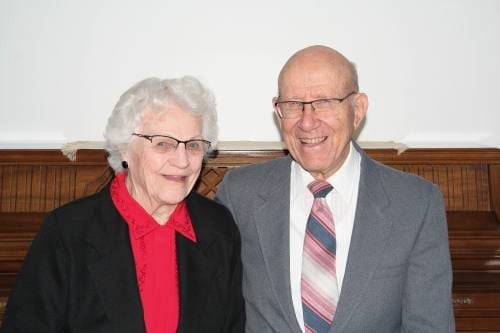 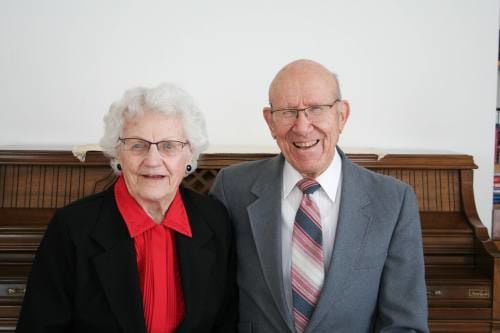 Dance music sensation Nestor Haddaway repeatedly asked this question in his chart-topping 1993 track. Unfortunately, he didn’t offer any clear answers to his question.

From Albert Einstein to Friedrich Nietzsche to Walt Whitman — scientists, philosophers and writers have all offered their own descriptions of love. Even Scripture has its own “love chapter," citing patience, kindness, hope and perseverance in a lengthy list of characteristics. These voices certainly all have their merits. But to explore Haddaway’s question further, I interviewed longtime lovebirds, Alan and Leah VanAntwerp, as well as psychologist Dr. Craig Derror to discuss love and commitment.

Alan and Leah live in the Tustin area and will be celebrating their 72nd year of marriage this year. Although the two had known of each other for several years, they did not start dating until 1947 when Alan returned from serving in the Army. Alan would walk for long periods to spend time with Leah who lived several miles away. Alan did not have a car at that time. Leah’s house did not yet have electricity due to wartime rationing of supplies, but they didn’t let anything stop their budding romance.

The two became engaged early in 1948, although neither of them were sure about the exact date. “I have no idea what date we made the commitment, but it doesn’t matter," Alan said. “Commitments are usually quite, shall we say, spread out. They’re not instant." The two were finally married on June 3, 1948 in Leah’s living room, and together they have had five children, seven grandchildren, and 16 great-grandchildren.

Alan and Leah attribute the longevity of their relationship to determination. “It was commitment. We just determined this was it," said Leah. “If you’re committed you will work through things. You don’t look for a way out."

“If you’re having any trouble," Alan said, “you’re not going to have less trouble with another person. You just work through the troubles."

Alan also said that the success of his commitment is due to a personal decision that he made. “That commitment to me meant that she had to be my standard of beauty," he said. “If there is no one as beautiful as she is, why look?"

Dr. Derror is a clinical psychologist in Cadillac and has a Ph.D. in psychology. He offered a deeper look at the psychological basis for romance, social bonding, marital success and, of course, love.

Several different neurochemicals play important roles in relationships and romance. Neurochemicals are substances in our brain and nerves that influence mood and behavior. Oxytocin is one of particular importance.

Three other neurochemicals — norepinephrine, dopamine, and serotonin — play important roles as well. Derror said that all three are important for that sense of excitement and pleasure when we’re in relationships, particularly romantic relationships.

Communicating and having things in common are essential aspects of successful relationships, according to Derror.

“It’s a misnomer to say that opposite attracts," Derror said. In his practice, he has found that similar goals, outlooks, and religious preferences are crucial pieces in the relationship puzzle.

“The biggest thing is communication," Derror said. “When couples try to mind read that’s when things really go off the rails."

Part of effective communication is ensuring that you’re speaking the same “love language" as your partner. Derror said that the five languages are words of affirmation, acts of service, receiving gifts, quality time, and physical touch.

Failing to understand these differences can lead to frustration when trying to show affection. For example a man may shower his wife with gifts only to find that she is dissatisfied because she prefers quality time together. Derror has seen this in his clinical practice, and he said that someone may “feel that the other person doesn’t care, but they’re speaking different languages."

Derror said that other common pitfalls that he sees have to do with starting relationships too soon or too quickly.

“That first part of the relationship, people are really excited. They’re feeling this excitement and this passion," Derror said. “Eventually that intense passion tones down, and if that’s all you have it’s not going to work out."

Having a commitment that holds strong when the passion tones down is undoubtedly part of what has made Alan and Leah’s marriage so stable.

“When we said that we were going to be married as long as we lived," Alan said. “We did."

So, what is love? Is it a decision? Is it just chemicals in your brain? Perhaps Haddaway had a good reason for not answering his own question, as love defies easy definitions. I finally posed Haddaway’s question directly to Dr. Derror, Alan, and Leah, and they all answered with little hesitation. Derror said it is “working as a very strong team, being able to laugh together, wanting and being willing to make memories." Alan and Leah both agreed that love is “wanting the best in all situations for the other person."