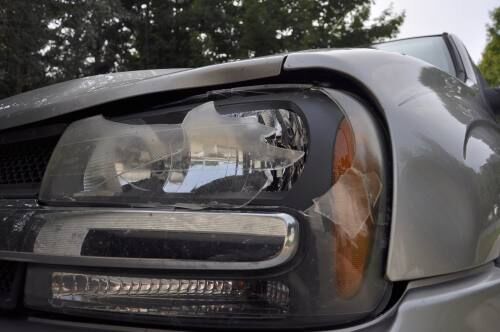 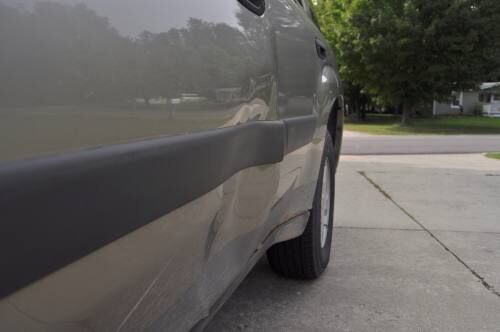 CADILLAC — It was an uneventful drive from Charlevoix back to Cadillac Friday night: things were going smoothly and I was about halfway home when I noticed the unmistakable glare of luminescent eyes in the roadway.

I had just rounded a curve, so I didn't see the deer until it was within about 10 feet of my vehicle, which was traveling between 55-60 mph.

It was too late to slow down and it would have been unsafe to swerve at that speed, so I made a split-second decision to proceed in my lane, hoping the animal would stay put near the centerline while I skirted around it.

Unfortunately, as I approached, the animal deer proceeded to move into my lane just as I passed.

On impact, my driver's side headlight shattered, with chunks of it spinning off into the darkness, and a noticeable thud made me think I had run over the animal.

Upon inspection, however, it became apparent the deer slammed into my driver's side door after colliding with the headlight, creating a sizeable dent that now causes my door to creak painfully when it is opened.

I spun my vehicle around to locate the animal and ensure it wasn't blocking the road but when I reached the collision site, the deer was nowhere to be found.

Needless to say, I have to repair the light and will probably dole out the cash needed to repair the door, as well, although I'm not looking forward to finding out what all that's going to cost.

"Peak deer-vehicle collisions start to pick up in September and peak in October and November," Stewart said. "There’s a lot going on in the social world for deer. Specifically, they are beginning to gear up for winter and the breeding season. Bachelor groups of bucks that hung out most of the summer now are competitors and have become more adversarial. Acorns are falling and deer are searching out those resources. When the breeding season begins in a little over a month, bucks spend more time moving around, exploring new areas in hopes of finding receptive does."

U.S. drivers on average have a 1 in 116 chance of a collision with an animal, according to a State Farm annual study. The company estimates there were over 1.9 million animal collision insurance claims in the U.S. between July 1, 2018 and June 30, 2019.

In Michigan, a driver's chance of a collision with an animal is much higher than the national average — 1 in 60 — which is the eighth highest rate in the country.

From a prevention standpoint, there are several different pieces of advice for avoiding a collision with a deer.

The most obvious one is to always be aware and avoid distracted driving.

"Deer can appear out of nowhere, so being alert is the best defense," Stewart said. "Observing marked speed limits and traveling at safe responsible speeds allows for increased response time. Also, knowing that deer generally travel in groups, so where you see one, there are likely more, and be aware they could be on both sides of the road. Scan the horizon, especially in low light, for the reflective eye shine of deer in your headlights. That could give you a clue that deer are up ahead.

State Farm also offers the following tips, some that overlap with Stewart's suggestions:

• Stay Alert. Pay attention to "deer crossing" and other signs and be cautious in areas near woods or water.

• Use High Beams. Flicking your high beams on a deer in the road may cause the animal to scurry away. High beams also help illuminate dark roads.

• Don't Swerve. If an animal-car crash is inevitable, maintain control of your vehicle and don't veer off the road.

• Brake as Necessary. If you can avoid hitting the animal, reduce your speed, honk your horn, and tap your brakes to warn other drivers. If there are no drivers behind you, brake hard.

• Remember Peak Season. Deer crashes happen most during October through December, which is hunting and mating season.

• Remember Meal Time. Watch for animals in the road between dusk and dawn.

• Watch for Herds. If you see one deer, there are probably more nearby.

• Don't Use a Whistle. No scientific evidence supports that car-mounted deer whistles work.