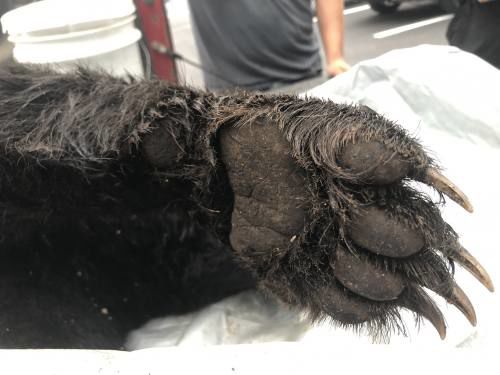 A bear paw after harvest during the 2019 opening weekend. 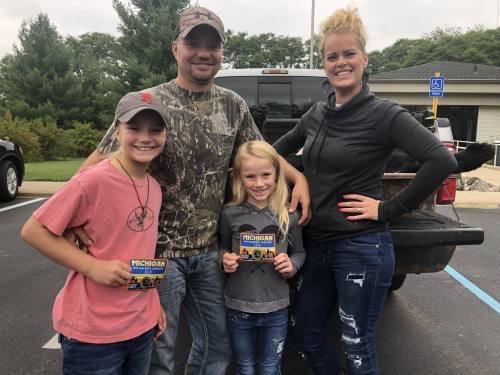 Adele, John, Ottilia and Jill Bennett pose for a picture at Cadillac\'s DNR Customer Service Center following a successful hunting weekend for the family. John shot a bear and the daughters each got bucks. 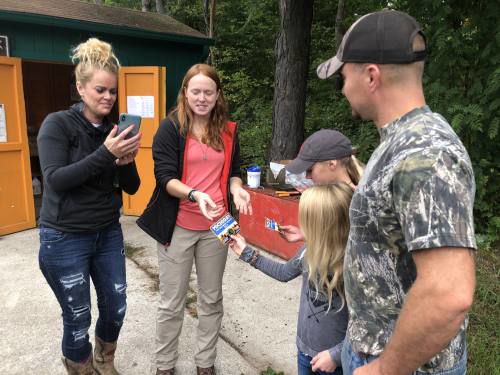 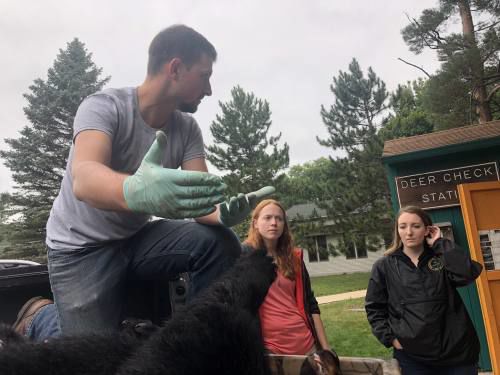 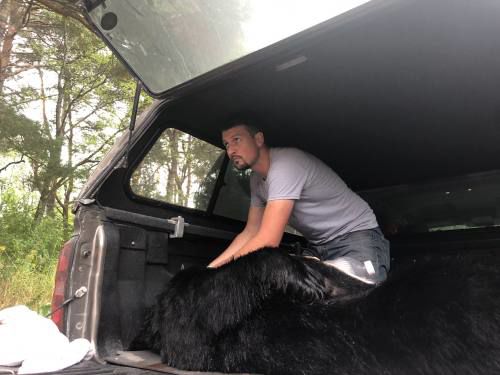 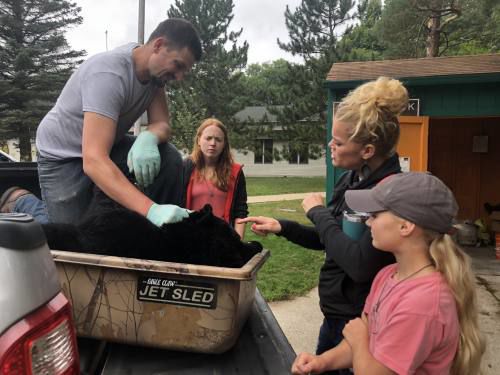 A bear paw after harvest during the 2019 opening weekend.

Adele, John, Ottilia and Jill Bennett pose for a picture at Cadillac\'s DNR Customer Service Center following a successful hunting weekend for the family. John shot a bear and the daughters each got bucks.

CADILLAC — It is a truth universally acknowledged that a man, in possession of a bear permit, must be in want of a helper.

“Every other day I would bait or (my wife) Jill would bait for me if I was working,‘ explained John Bennett, of Irons in Lake County. “I had a friend that also helped.‘

Bennett wasn’t the only successful bear hunter who had help. Many hunters who showed up at the bear check station Monday in Cadillac brought friends or relatives with them.

But Bennett’s entourage was bigger and blonder than most.

And, like their dad, pretty lucky in the woods over the weekend.

This weekend wasn’t just the opening of bear season on Sunday, Sept. 15.

It was also the youth hunt, and Bennett has two daughters, Adele, 10, and Ottilia, 8.

Adele, Ottilia, and their mother, Jill, accompanied John to the Department of Natural Resources Customer Service Center in Cadillac, where John brought the sow he had shot on Sunday and the girls received badges following their successful deer hunts.

Bear hunters have to submit hides and heads; but most brought the whole bear, packed in ice, to the customer service center.

Wildlife Biologist Vern Richardson clambered into pickup trucks to examine the bear carcasses, and if the hunters said it was OK, he wrenched off pieces of ribs and yanked out hair. The ribs and the hair will be sent to a lab to figure out what the bears have been eating: specifically, researchers want to know how much bear diet comes from human food.

There’s a long story behind just about every hunter who shows up at the bear check station the day after the season starts.

The permits are nearly always a long time coming. Around here, it takes most folks more than a decade to draw a permit.

For Bennett, it took 14 years.

For Jack Lafeve, 73, of Allen Park, it also took 14 years — it was his first permit; he didn’t even start earning points until he was 59.

“Well, it’s pretty exciting,‘ said Lafeve, who worked with his best friend, who lives locally, to hunt the bear on national forest land near Lake Meauwataka. “We had a good time.‘