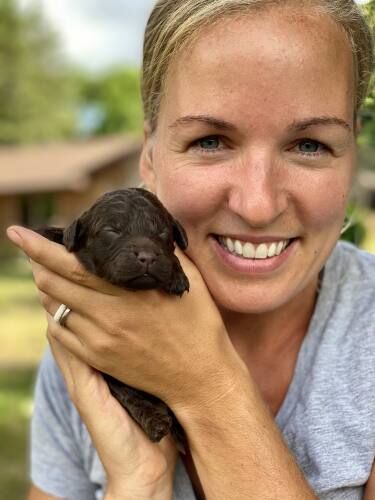 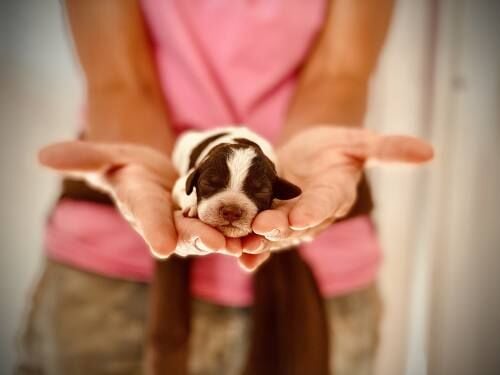 CADILLAC — It’s the dog days of summer and if you want a puppy during this pandemic that’s remade your social and professional calendar, well, who can blame you?

You deserve a little happiness, and ain’t nothing as joyful as a puppy. No offense to kittens.

But dog lovers could be vulnerable to scammers.

“Scammers are looking for any way to take advantage of consumers during this pandemic and puppies are unfortunately not exempt,‘ Nessel said. “While many people may be eager to bring home a puppy during this time, I urge Michiganders to be vigilant in their search to avoid being scammed. My office continues to prioritize protecting residents from predatory and deceptive business practices, and these puppy scams will ultimately result in heartbreak and financial loss. Always do your homework before making any purchase online to avoid being taken advantage of.‘

It’s a problem area dog breeders are familiar with.

Every breeder the Cadillac News spoke with this week has heard horror stories of people who’ve paid $1,000 for a dog that doesn’t exist.

Or rather, that dog might exist but it wasn’t the scammers’ to sell. Breeders told the newspaper that scammers have copied photos of their dogs and posted it online to lure unsuspecting dog-lovers.

“I get lots of phone calls that say, ‘I just got scammed — $2,500 and I never got a puppy,’‘ said Shannon Sloat, who breeds corgis and Lagotti Romagnoli in Lake City. “I tell people: be really, really careful.‘

Sloat said she’s been getting a steady stream of phone calls from people who want puppies.

Jennifer Lee, who breeds Cavalier King Charles Spaniels in Buckley, said she’s also been getting a lot of calls about puppies. Not that she has any to sell.

Every breeder the newspaper spoke with has an application process; though some will take payment online, it’s not as simple as buying a puppy with a couple of clicks on a website.

And the calls have been pouring in — so many calls, in fact, that she turned off her electronics for a couple of weeks to avoid the inquiries.

Before the pandemic, Gruszecki, who breeds German Shorthair Pointers and short and long-haired Weimaraners, typically got at most 20 calls a month about puppies. But the puppy demand has swamped her inbox.

There are some challenges to ensuring that the puppy you’re buying is a real dog.

Even when there isn’t a pandemic, there are health concerns with having people visit puppies in their nurseries, breeders said. Some breeders will invite you to their homes to meet dogs; others prefer not to.

But Sloat said she’ll work with reasonable requests to verify that her litters are legitimate; once, she recorded a video for a client that showed off one of her breeding dogs, as well as a piece of paper with a specified date on it.

Urgency works against you.

If you want a puppy now, you could be more vulnerable to being scammed.

Unlike female humans, who are fertile every month, on average, dogs are fertile usually just twice a year, with gestation being an average of 63 days.

No breeder the Cadillac News spoke to has changed their breeding plans due to the pandemic.

That means demand is up but supply from responsible breeders hasn’t really increased.

Scammers are entering the vacuum, lured by the high price tag on responsibly bred purebred puppies. Genetic and health screenings that happen before a purebred puppy gets sold can put the price tag above $1,000.

“We are now in a society, in a culture where you are now paying a lot more for a purebred dog, so much more!‘ Sloat said. “That scam thing has gone up because it’s so much more lucrative for a scammer. They’re not gonna scam for a $50 dog.‘

Some scammers hit their targets twice; once for the cost of the puppy and again for the “shipping‘ fee.

Watch out for that.

“I will not ship a puppy,‘ Sloat said. Her buyers travel to Michigan; she meets them at the airport and the puppy flies home on their new owners’ laps.

Lee recommends working with breed clubs to identify reputable breeders; Sloat noted that the American Kennel Club’s website, which has a tool for finding litters, has a verification process but that she’s heard of scammers who have found a way to outsmart the system.

Nothing beats doing your own homework; speaking on the phone, looking at websites, show or registration records, looking people up on Facebook and other ways to learn more about the person you’re trying to do business with.

The state attorney general’s office says they’ve received nearly 50 complaints about alleged puppy scams since 2018, with 26 of those complaints coming in this year.

The attorney general’s office warned people about accidentally purchasing from an inhumane puppy mill as well.

“Breeders hide their poor conditions by meeting buyers at offsite locations or selling through pet stores or online,‘ the AG’s office said in a press release (however, meeting offsite is a standard practice for some breeders who want to avoid exposing puppies to illnesses, breeders told the newspaper).

Do not purchase a puppy sight-unseen

Use a credit card to make the purchase

Retain all documents and communications from the breeder