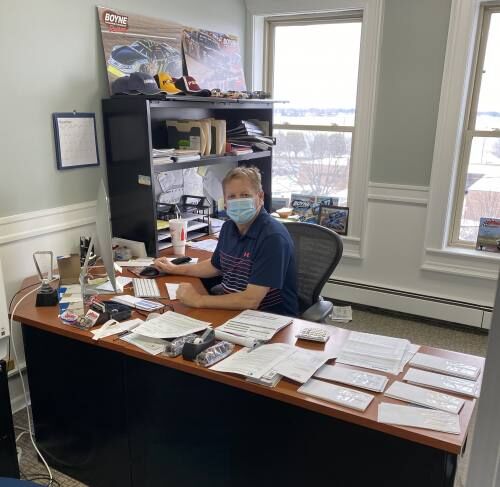 Cadillac business owner Mike Blackmer said he understands much better the seriousness of COVID-19 after developing the illness following a coronavirus exposure at a bowling tournament on Nov. 1. 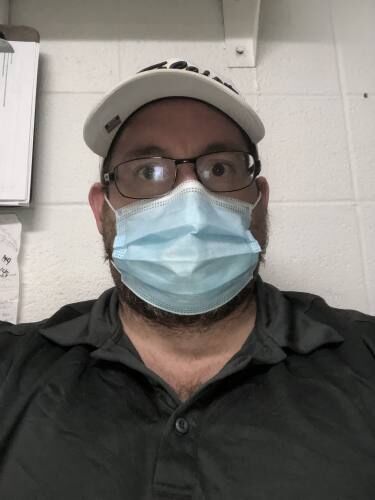 Cadillac High School bowling coach Jeremy Moore developed COVID-19 after an exposure to the coronavirus at a bowling tournament Nov. 1.

Cadillac business owner Mike Blackmer said he understands much better the seriousness of COVID-19 after developing the illness following a coronavirus exposure at a bowling tournament on Nov. 1.

Cadillac High School bowling coach Jeremy Moore developed COVID-19 after an exposure to the coronavirus at a bowling tournament Nov. 1.

CADILLAC — Mike Blackmer will readily admit that as recently as a month ago, he had a different opinion about COVID-19 ... one that was somewhat incredulous about the danger posed by the disease.

"I didn't take it as seriously," Blackmer said. "We all felt the same way, that it's not going to get us."

Blackmer, 58, said while he was skeptical about the hype surrounding the coronavirus, he also wasn't in any hurry to contract it.

"I don't smoke or anything like that," Blackmer said. "But I am diabetic and have had heart surgery, so I was at risk."

Blackmer believes he was exposed to the novel coronavirus during a bowling tournament on Nov. 1 at the Pines Sports Bar and Bowling Center, which he owns.

Shortly after the bowling tournament, Blackmer said he received a text from a couple of participants indicating they didn't feel very good.

It wasn't long after that that Blackmer lost his sense of taste and smell — a truly disconcerting feeling.

"I could have eaten a raw onion and not known what it was," Blackmer said. "Then I started to feel bad myself."

He developed a cough, muscle aches and extreme fatigue that felt very different from the flu or any other illness he's had.

"It's like your muscles hurt," Blackmer said. "It was weird ... I've never had that experience before."

While Blackmer said he never developed a full-blown fever, the disease totally drained him.

"It takes a lot out of your body," Blackmer said. "I was in bed for three days straight. I was really, really scared."

Even after he started to feel a little better, Blackmer said he was unable to do even the most routine chores without becoming exhausted. It took 10 days for Blackmer to return to full strength.

“I got lucky,‘ Blackmer said. “I feel fortunate about getting through that. I can say I’m more scared now about the disease than before I got it. It’s in our community and people are getting it quickly. People need to know.‘

Blackmer wasn't the only person to contract the coronavirus that day. Around 30 other people who were either at the bowling alley on Nov. 1 or who were affiliated with bowling leagues also became infected, including Cadillac High School bowling coach Jeremy Moore.

The night after the tournament, Moore, 40, said he started to feel like he had a sore throat and mild cough coming on, which he didn’t think much of considering it’s cold and flu season.

Since he works in the health care industry, Moore has access to fast-response COVID-19 tests. He decided to play it safe and take a test, even though the symptoms at that point weren’t very severe.

The test came back positive and similar to Blackmer, Moore said he shortly afterward lost all sense of taste and smell.

From there, his symptoms worsened, including body aches and a dry, hacking cough.

“I felt super run down,‘ Moore said. “I didn’t feel like going anywhere. For me, it was very similar to the flu. It took the wind out of my sails for 10 days. I thought I was starting to get better and then I would come back. It was nerve-wracking … thinking I’m going to end up in the hospital.‘

Fortunately, Moore made a full recovery but one of the other bowlers has been hospitalized in the intensive care unit as a result of the illness.

Moore said having the illness has made him think more carefully about situations when it might be possible to contract or spread the virus, as well as the widespread politicization of the pandemic.

“The virus is real,‘ Moore said. “We don’t know enough about it to wave our hands about it. Nobody has all the answers and it doesn’t hurt to do some of the things they’re saying to do. I feel like we’d all be in better shape if we did.‘