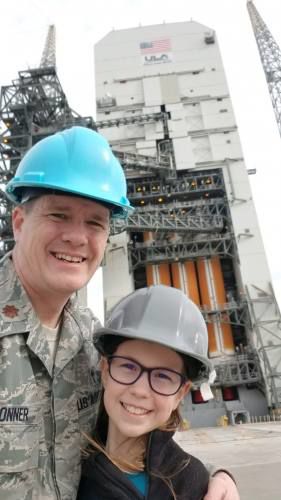 Donald Scott Conner Jr. and his daughter Dallace in front of the Delta IV rocket, which is scheduled to launch in June. 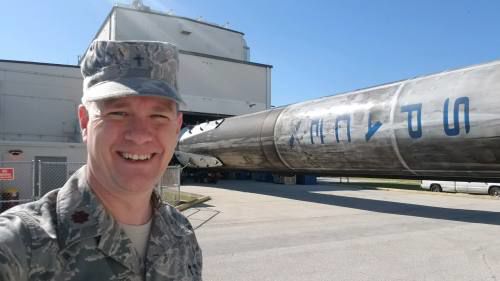 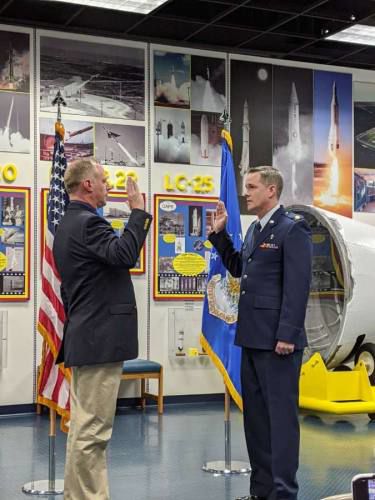 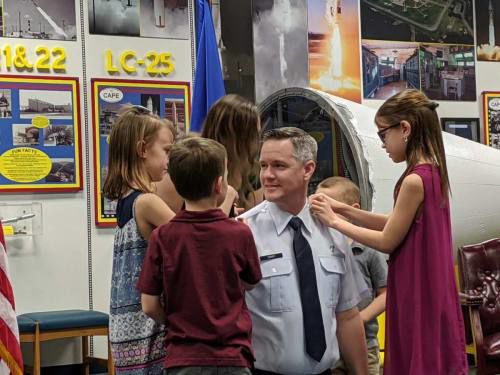 Donald Scott Conner Jr.\'s kids pin his major insignia on his uniform during a promotion.

Donald Scott Conner Jr. and his daughter Dallace in front of the Delta IV rocket, which is scheduled to launch in June.

Donald Scott Conner Jr.\'s kids pin his major insignia on his uniform during a promotion.

“I was that little boy with the space shuttle pajamas,‘ Conner said. “I always loved it.‘

Given his interest in the cosmos, it’s only fitting that Conner’s service to his country placed him at a base that will eventually become one of the nation’s first Space Force stations.

Conner, who lives in Cadillac and has a full-time job as field director for the Awana program in 85 churches in Northern Michigan, joined the Air Force in 2006 and in 2012 began serving as a reserve chaplain at Patrick Air Force Base in Brevard County, Florida.

For a month out of every year (two weeks every six months or so) Conner serves at the base, which will soon be renamed the Cape Canaveral Space Force Station.

Earlier this month, Brig. Gen. Douglas Schiess announced the establishment of the Cape Canaveral Space Force Station in support of the sixth branch of the armed services, which was created last year by President Donald Trump.

In his capacity as an Air Force reserve chaplain (and also individual mobilization augmentee chaplain for the 45th Space Wing) Conner has had a front-row seat at many of the launches at Cape Canaveral.

“Our job is to be in support of each mission,‘ Conner said. “And to ensure morale within the airmen.‘

Currently, his responsibilities involve counseling, preaching and leading invocations, among other things.

Since they don’t always know the spiritual or religious leanings of the people they are ministering to, Conner said their services aren’t necessarily specifically tailored to any one belief system.

“We have to be conscious about that,‘ Conner said. “It’s a unique challenge ... to serve both God and country at the same time.‘

Conner said his role as an Air Force chaplain to Space Force will be analogous to a Navy chaplain’s service to the Marine Corps.

Although the conversion of Patrick Air Force Base into Cape Canaveral Space Force Station hasn’t been completed yet, Conner said he doesn’t think it’s going to change his job responsibilities much.

During his time at Patrick Air Force Base, Conner said he’s seen a lot of cool things: one that sticks out was the SpaceX Falcon 9 rocket, which was the first rocket to land propulsively after delivering a payload to orbit.

Before each launch, Conner said they hand out customized cards with a picture of the rocket, equipment or payload involved in the mission, along with a five or six-second prayer written on the card.

“I never would have thought I’d be doing something like this,‘ Conner said. “It’s really an in-your-dreams kind of thing.‘

Conner added that he’s “excited to continue to serve and be a part in helping the Space Force further the mission of U.S. space superiority, providing technology and capabilities to ensure troop protection in combat around the globe.‘