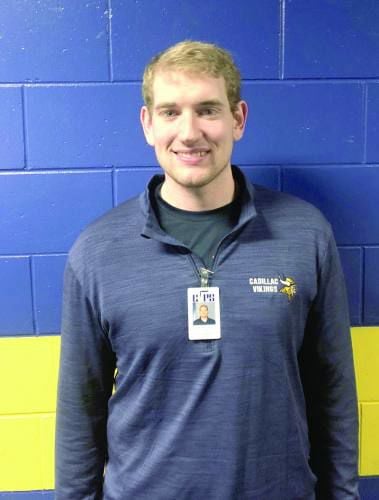 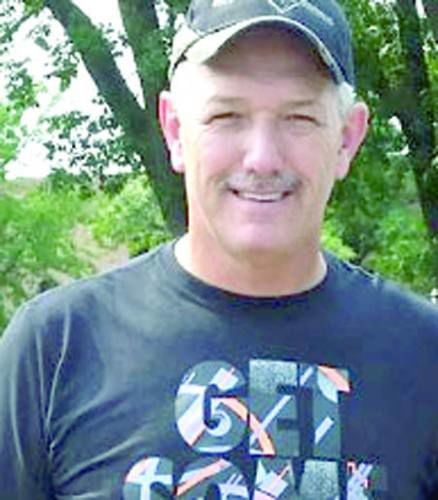 McBain resident Dale Westdorp was officiating the Cadillac versus Gaylord girls junior varsity basketball contest Friday at Cadillac High School when he suffered a heart attack midway through the first quarter of the contest.

Cadillac Area Public Schools athletic trainer Brandon Parcell was one of the first people to reach Westdorp and it was that quick response that helped save Westdorp’s life.

Westdorp, 58, is listed in stable condition at Munson Medical Center in Traverse City, according to hospital officials.

Parcell was at the basketball game getting varsity players ready for their game before he headed to the Wexford Civic Arena and that evening’s varsity hockey contest.

“I was kind of coming into the gym, saw a few people running around and (CAPS athletic director) Fred (Bryant) waving me over. I saw the official on the far end of the court by Gaylord’s bench and he was kind of sitting up," Parcell said. “The ‘official down’ is kind of the worst nightmare. You’re thinking the official is having a heart attack, there’s a cardiac event or something."

Parcell, along with Cadillac High School liaison officer Jason Straight and some other bystanders, helped get Westdorp safely to the floor when the situation took a turn for the worse.

“He was still conscious at that point but pretty out of it. Once we laid him down on the ground, it took a really bad turn and it was at that point I said I think he’s losing consciousness and it’s slipping fast," Parcell said. “At that point, I feel like the training just kicked in and I feel like that’s why we have policies and procedures and everyone was super great in helping.

“The decision is from all of the training we do. When you’re certified in first air or the AED/CPR stuff, you just go through your checklist. When we got him on the ground, we’re not feeling a pulse and you’re not hearing the heart beat too much, that’s when it just clicks."

Between Parcell, Straight and Straight’s wife, a registered nurse, the AED (automated external defibrillator) was hooked up to Westdorp and an ambulance was called by Bryant.

“Luckily, with some life-saving measures being applied and two shocks from the AED, we were kind of able to bring him back," Parcell said. “It was definitely within three to four minutes that we had shocked him once and that’s what we want. Those first 5-10 minutes are critical because every second that there’s blood not flowing to the brain is more time for there to be issues.

“The best life-saving measures are early chest compressions plus early AED intervention and then summoning more advanced paramedics. That’s exactly what we did."

Bryant called 9-1-1 for an ambulance and it arrived in less than 10 minutes, he said. Once Westdorp had been stabilized by paramedics, he was transferred to Munson in Traverse City.

During the event, both teams had been taken to the locker rooms by game officials but the gymnasium was not cleared. The game eventually resumed.

Parcell has since had time to digest what happened and is very thankful to be in the right place at the right time with the right equipment and a lot of help from those around him.

“With a few extraordinary people by my side and Fred helping us out, we were lucky enough to keep (Dale) alive to get him to Traverse City," Parcell said.

Parcell added there may have been more in helping Westdorp survive the heart attack.

“If your heart’s out of rhythm, the AED can shock it back into a rhythm … it’s meant as a reset button for the heart," he said. “I think that’s what makes this case extraordinary and a true divine intervention that we were able to do that. Generally speaking, they don’t restart the heart.

“After the first shock, we weren’t sure what was going on. He probably wasn’t quite back but after the second (shock), he kind of snapped back to it."