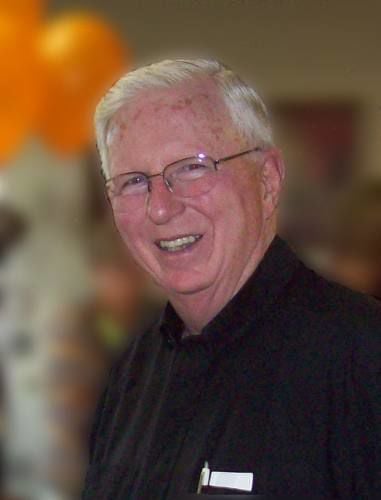 Monsignor Francis J. Murphy passed away peacefully in his home on Saturday, Sept. 7, 2019. He was 78. 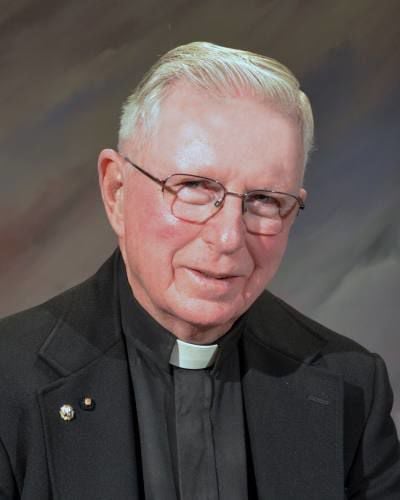 Monsignor Francis J. Murphy served the Diocese of Gaylord and was based in Cadillac for 22 years. 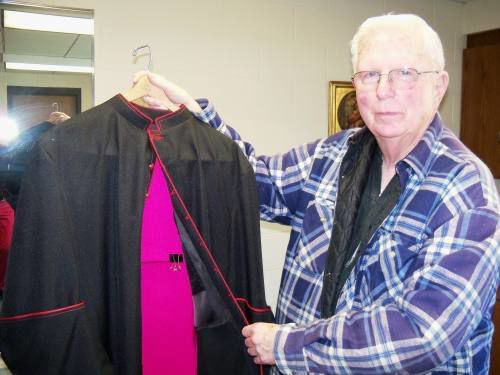 Although Monsignor Francis Murphy owned the prestigious monsignor cassock, he only wore it once and many still referred to him as Father Murphy. 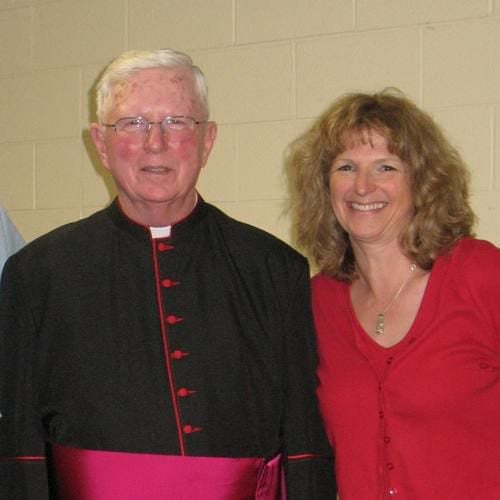 Personal friend and parishioner Ann Greenfield Clous had her picture taken with Msgr. Francis Murphy on the one day he wore his new cassock. 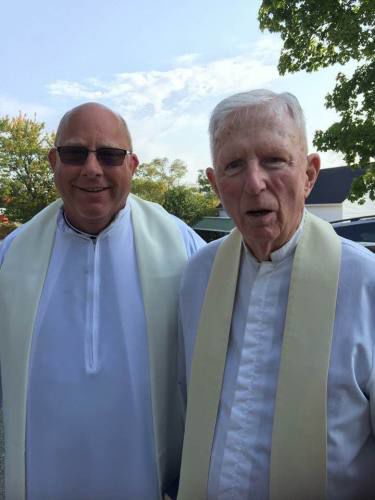 Monsignor Francis J. Murphy passed away peacefully in his home on Saturday, Sept. 7, 2019. He was 78.

Monsignor Francis J. Murphy served the Diocese of Gaylord and was based in Cadillac for 22 years.

Although Monsignor Francis Murphy owned the prestigious monsignor cassock, he only wore it once and many still referred to him as Father Murphy.

Personal friend and parishioner Ann Greenfield Clous had her picture taken with Msgr. Francis Murphy on the one day he wore his new cassock.

CADILLAC — Church services were somber Sunday morning as word spread through the Catholic community that Monsignor Francis J. Murphy had passed away peacefully at home on Saturday, Sept. 7, 2019. He was 78.

Although Murphy frequently reminded parishioners that death would come to each and all someday, and that everyone must be prepared — no one was ready to say goodbye to their beloved shepherd.

Raised in Grand Rapids, Murphy spent 22 years in Cadillac with the Diocese of Gaylord, serving the 1,200 families of St. Ann Parish and school; St. Theresa in Manton; St. Edward in Harrietta; and St. Stephen in Lake City.

Murphy also served the diocese as vicar general for an unprecedented 15 years.

Although he retired in 2017, Murphy stayed in Cadillac to be near close friends while he continued serving the church; being a pastor was his first love.

“I just want to be with the people,‘ he said in a 2012 interview. “I love celebrating the mass and Eucharist. I love being with the kids in school at St. Ann. And I like being with people during the most important points in their lives.‘

His greatest wish was to “get people to live closer and closer to Christ, using Him as their role model.‘

And in almost every homily, he reminded parishioners to take their love for Christ out into the world and share it.

In the summer of 2016, people whose lives were impacted by his ministry attended the 50th anniversary celebration of his ordination at St. Ann Church.

Murphy was the antidote to the crisis in the Catholic Church. He was humble and modest yet his presence was holy by example.

“We got to be good friends,‘ said St. Ann parishioner Ann Greenfield Clous. “I leaned on him when I lost my mom. I would go and talk to him after work ... At different times the scandals would come up and that really ticked him off. He didn’t like that priests would break a trust. He was true to his faith and true to God.‘

“He had a genuine concern for the souls entrusted to him,‘ said his successor at St. Ann, the Rev. Michael Janowski. “He was very committed to his diocese ... he was always there for you. He was the first person I talked to about the priesthood.‘

“He counseled so many people,‘ said Dawn Ewald, St. Ann parish nurse. “Who knows how many people he brought back to the Catholic Church? He was a giant among priests and I never heard a bad word about him.‘

“So many people have told me, ‘I’m here because of Msgr. Murphy, he brought me back into the church,’‘ said Janowski. “We were great friends. He was my mentor. He gave his blood, sweat and tears and undying devotion to his ministry.‘

“I would have never been ordained a priest without Msgr. Murphy’s support and love,‘ said the Rev. Jim Siler of Holy Cross Catholic Church on Beaver Island. “He helped me persevere. I had a past. It wasn’t an easy call for the diocese. He helped me on my journey to holiness and the priesthood after I had a big conversion. He was a very holy man and he didn’t wear it on his sleeve.‘

In 2012, Pope Benedict XVI named Murphy a Monsignor, a title he considered “an honor‘ but not one that he was seeking.

“This is the real me,‘ he said wearing a well-worn flannel shirt as he held up the prestigious black cassock with red piping and fuchsia sash, worn only by Prelates of Honor to His Holiness. “They had to talk me into wearing this thing.‘

“He wore it once when he was installed,‘ Siler said. “He had a great humility; it was all about being rock solid in his faith, his love of Christ and the love of his people.‘

Although Murphy promised everyone he would only wear his monsignor cassock once, he will wear it once more in death for his visitations and funeral mass.

It was decided upon. A last respectful tribute to a beloved priest.

Interment will take place at Woodland Cemetery in Grand Rapids on Tuesday, September 17, 2019. The family is being served by Hitesman-Holdship Funeral Home.