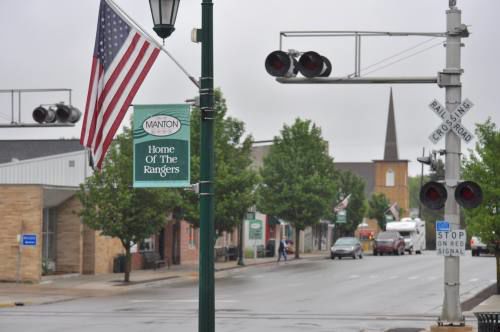 Pictured is downtown Manton — a city that experienced the largest population growth in the area from 2010 to 2019, according to Census estimates. 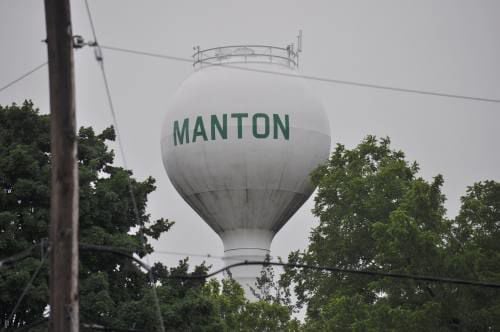 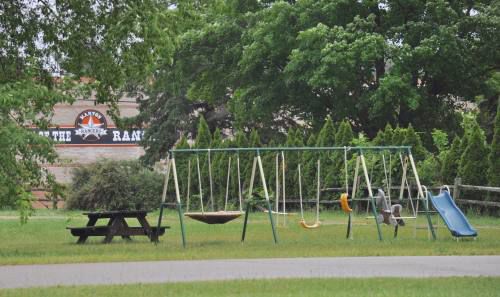 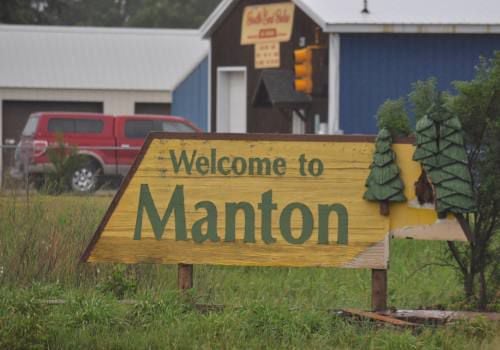 Pictured is downtown Manton — a city that experienced the largest population growth in the area from 2010 to 2019, according to Census estimates.

MANTON — Of all the municipalities in Wexford, Missaukee, Osceola and Lake counties, Manton is by far growing the fastest.

Manton's expanding population isn't a new development: Census figures indicate that every year since 2011, the city's population has grown, with the average increase in residents per year being 34.

In 2018, the Cadillac News asked then-Mayor Garry Brown why he thought more people were moving to Manton.

At the time, Brown attributed the perceived population increase to improving economic conditions in the region, as well as people putting more money into their properties.

“Manton is becoming a good bedroom community for people who work in Cadillac and Traverse City," Brown said. “For the first time in a long time, all the places for rent are pretty full in the city right now. We’re seeing a lot of progress and it’s an appealing place for people to move in."

"That's probably the biggest attraction," Cronkhite said. "It's just a nice place to live. We have nice parks, restaurants and our blight program is really paying off. And property values are going up. People just love our community."

Cronkhite said what the city needs now is more development of single family dwellings to keep up with the growing population.

According to the Census, almost all of the cities, villages and townships in Wexford County experienced population growth since 2010, ranging from 1.4% in Cadillac to 20.8% in Manton.

A notable increase of 11.8% is estimated to have occurred in Haring Township, which translates to 376 residents. The Cadillac News reached out to Haring Township Supervisor Bob Scarbrough for comment on the increase but did not hear back by press time.

The only township in Wexford County that didn't experience an increase in population was Clam Lake Township, which is estimated to have lost 271 residents — an 11% decrease.

Township Supervisor Steven Kitler said he doesn't expect there to have been huge growth in the township over the last decade, partly because that wasn't what they've been trying to accomplish.

"Overall, the residents have expressed a desire to maintain the township's rural and agricultural character," Kitler said. "But a loss (in residents) is definitely not something we want."

They began to see increases in applications for residential developments in 2018 and 2019 but Kitler expects the coronavirus pandemic probably put an end to these plans, at least for the time being.

Kitler said it doesn't seem as though the township has lost that many residents since 2010 but he added it would be difficult to notice on a year-to-year basis, especially if the tax rolls don't change very much because property values tend to rise over time.

Missaukee County has been very stable over the last nine years, with every municipality experiencing modest population growth ranging from 0.1% to 3.6%.

Lake County overall also saw decent growth of 2.7%, although populations drops of 10.7% and 4.6% were estimated to have occurred in the city of Baldwin and Webber Township, respectively.

Of the four counties in the Cadillac News coverage area, Osceola County was the only one that is estimated to have seen an overall drop in population.

Given that the population provides the tax dollars that pay the employees, learning that Osceola County is estimated to have lost residents from 2010 to 2019 was worrisome news for county commission chairman Jack Nehmer, especially in light of the lingering economic fallout that could result from the coronavirus shutdown in the months and years ahead.

"We've continued to pay our employees just like they're working (during the shutdown)," Nehmer said. "I think we've gone above and beyond to show our concern for our employees and we'll continue to try to do that. I think when we start next year's budget, it will start to show (effects from the shutdown). I'm always concerned about having enough revenue to pay the bills and having less people we might be able to derive something from."

With the closure of several major job providers in the county, including Dean's Food Liberty Dairy and the Vitro glass plant, Nehmer said the incentive for people to move to Osceola County is pretty low right now.

"We don't have that many major employers in the county," Nehmer said. "We have a community development person who's always looking for opportunities but there just hasn't been any major contributors."

Dan Massy, community development specialist for the county, said the long-term population trend outlined by state demographers is consistent with what census estimations are showing for 2019.

"Being a rural county in the west central lower peninsula, neither the small loss ... nor the projected trend is surprising," Massy said. "If we were in the Upper Peninsula or eastern side of the state, we would be projecting a loss in population, possibly a significant loss."

Massy said he's not so sure that simply bringing more jobs to the county would lead to population growth. He said there are a lot of factors that go into a question like that, such as whether or not the jobs available are good enough to entice people to move from their current homes to Osceola County.

Another factor that may be contributing to the county's population loss is age demographics.

The United States Census Bureau releases estimates each year but they aren’t exact demographic representations. The only way to determine that level of detail is through an actual census, which they conduct every 10 years.

Leaders of Michigan’s “Be Counted‘ campaign to promote the 2020 census issued an “urgent‘ statewide appeal earlier this week calling for more businesses, nonprofits and individuals to sign up to serve as volunteers from home in virtual phone banks that encourage filling out the form.

“Because of the coronavirus outbreak, all 2020 census field operations were suspended, and that has significantly delayed our effort to ensure all Michiganders are going to be counted in 2020,‘ said Michigan Statewide Census Director Kerry Ebersole Singh.

“We have an immediate, urgent need for volunteers who are willing to commit to making phone calls from home using a virtual phone bank and reminding their fellow Michiganders to complete the census."

The “Be Counted‘ campaign’s appeal comes as census organizers across Michigan are still looking to resume the grassroots activities, constituent outreach and community events that were on tap before the spread of COVID-19 forced the cancellation of those plans.

The request for virtual phone bank volunteers extends to every region of the state. Statewide, more than 4.3 million Michigan residents are estimated to be hard to count or less likely to complete the 2020 census, as measured by federal data on expected response rates.

“While Michigan is currently third in the country in our self-response rate, numerous Michigan communities are 20% or more below in 2020 participation compared with their response levels from 2010,‘ Singh said. “That’s why we’re pushing for more volunteers to help us staff the census phone bank while they’re staying at home to help stop the spread of the COVID disease.‘

Prospective candidates interested in registering as individuals or as an organization are required to schedule and participate in a one-hour online training session by visiting https://www.michigan.gov/census2020 and going to the Partner With Us section.