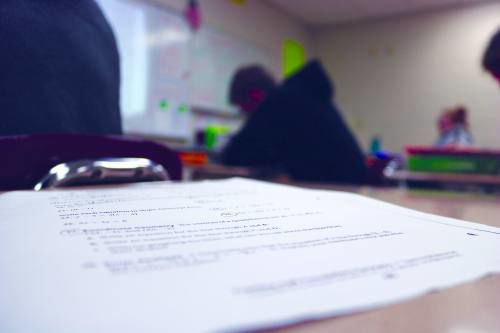 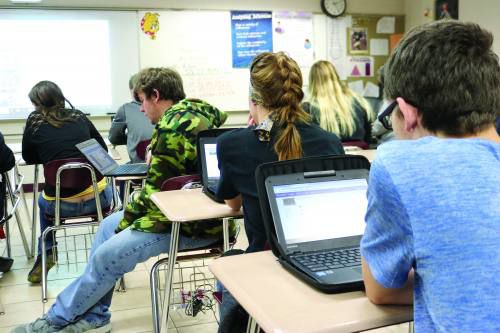 New U.S. Census data showed which school districts were considered to be the poorest and most affluent within the state of Michigan.

The census data is based on five-year averages (2014-2018) from its annual American Community Surveys and offers estimates for each school district on a variety of topics, from median family income to percentage of adults with a college degree, to the number of single-parent homes.

When it comes to homes containing adults with bachelor’s degrees, there was a clear divide between those districts at the top and the bottom of median incomes. Of the top 10 of the poorest districts listed in the census data, the percentage ranged between 8% and 15%. In comparison, when looking at the top 10 of the most affluent districts the percentage of adults with a bachelor’s degree ranged between 43% and 78%.

Wexford-Missaukee/Manistee Intermediate School District Superintendent Dave Cox said the socioeconomic issues that face the member districts within the ISD are a “tough animal‘ to address. Nonetheless, Cox said he is very aware of the impact poverty has on students and their families within the districts he serves.

He said outside of programs such as the Great Start Collaborative, special education or programs such as the driver’s education scholarship via the career technical center, there is not much the ISD does with helping member districts address socioeconomic issues. With poverty being a continued issue, Cox said maybe it is time the ISD starts looking at trying to do more.

Like most things, however, Cox said resources to address such issues are always at a premium regardless if that is finances or people.

“We are aware, but it is one of the things that takes a community to address,‘ he said. “The resources are limited, but we are open to doing more.‘

Mecosta-Osceola Intermediate School District Superintendent Steve Locke said there are mitigating variables, but a person’s zip code can dictate the level of education they receive. He added having around 30% of the families in the area living at or below the poverty line is pretty normal.

Similar to Cox, Locke said the ISD helps its local districts and families by offering programing such as the Great Start Collaborative and access to other educational opportunities. The ISD also provides behavioral support, which is not necessarily focused on students dealing with issues related to poverty.

Locke said schools are filling roles in the 21st Century that would have been unheard of 30 years ago. This includes meeting the basic needs of the students like providing meals, clothing, behavioral support and even teaching parenting skills. This, of course, is in addition to educating students.

“That is traditionally not the role of public education to provide those supports, but what I think is happening is schools are responding to the reality of their environment,‘ he said. “We know kids don’t learn if they are hungry. It’s not optimal if they are worried about variables related to health and well-being. So (schools) are doing more things that they didn’t do 30 years ago.‘

CAPS Superintendent Jennifer Brown said when it comes to addressing the needs of students struggling with poverty the district does a myriad of things to help.

If a student has unstable housing that can lead to transience, absenteeism, lack of sleep and chronic stress. To help, Brown said the district tracks and supports homeless students by offering essentials through the CAPS Kids Closet. CAPS Kids Closet is new this school year and its purpose is to provide a safe and private place for students in need to get basic clothing needs filled. The district also connects families in need with community services and provides free transportation for all students.

The district also helps to address early childhood educational opportunities and preschool via the GSRP and Little Vikings program. Brown also said the district provides before-school, after-school and year-round care for families that need the service.

As for food insecurities, Brown said the district has multiple options.

CAPS provides all students free breakfast daily and provides free lunch for all K-4 students and Cadillac Innovation Students. The district also provides free lunch daily throughout the summer for all school-aged children. Finally, CAPS partners with the Cadillac Area Backpack Program to provide food over the weekends to families in need, according to Brown.

“Chronic stress resulting from poverty has an impact on everybody including children. Stress can negatively impact physical, mental and emotional health,‘ she said. “CAPS provides students with counselors and access to behavioral health services. We coordinate community services and support our students in building resilience.‘