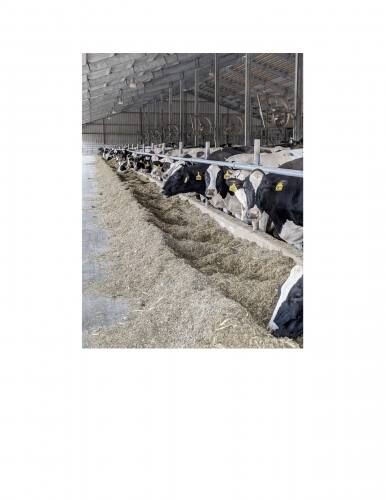 Cows chilling out at Yonkman\'s Dairy. 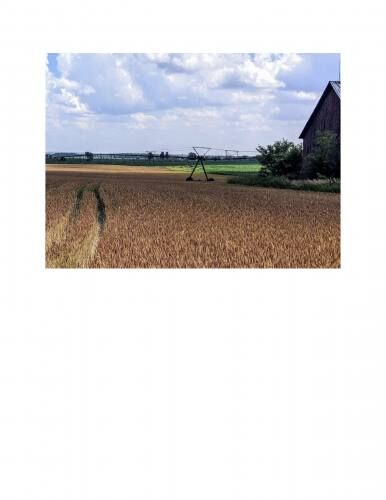 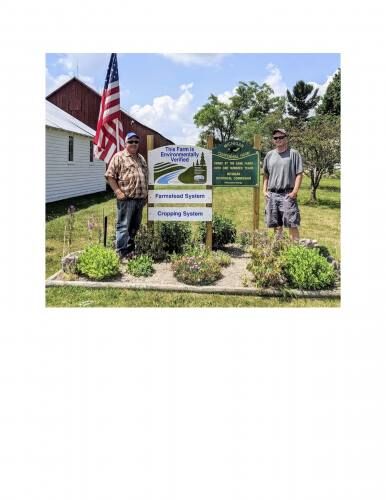 Mark, left and Eric, right, DeZeeuw on the Centennial Farm they own in McBain. 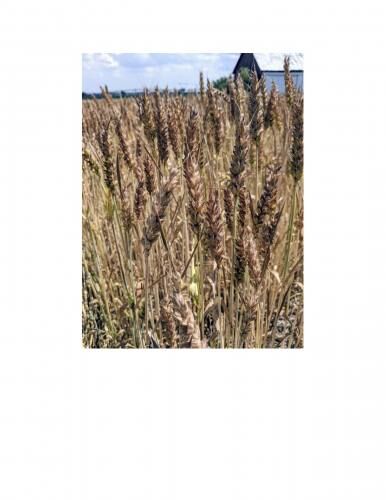 Cows chilling out at Yonkman\'s Dairy.

Mark, left and Eric, right, DeZeeuw on the Centennial Farm they own in McBain.

What does sustainability or being environmentally friendly really mean at the farm level? Do

farmers really care about what they do? It’s already a tough job that’s often demonized or

misunderstood by so many people. Regardless, agriculture contributes more than $101 billion to Michigan’s economy and employs 22% of the state’s workforce.

Trying something new Mark DeZeeuw and his son Eric farm about 600 acres of wheat, corn, black beans, and green beans in Missaukee and Osceola counties. Mark decided several years ago that he would try cover crops and reduce the amount of tillage on his fields. His goals were to reduce wind and water erosion when his fields were left bare after harvest, gain some organic matter and soil biology using cover crops and reduced tillage. Some surprising results happened on the 147-year-old farm. He not only achieved several of his goals, but he increased his water infiltration from downpours. Those cover crops buffered his ground from washouts. His soil stayed in place as did his seed. Mark did say, that “don’t plant tillage radish near your tile lines, they tend to plug them up‘. So as with everything, there’s a learning curve.

Why did the DeZeeuw’s try something new? Why not stay with the same old thing? Mainly

because Mark wanted to, “be the best steward and leave it (the land) better for the next

generation.‘ That sentiment is felt by many farmers and evidenced by the increase of less tillage overall in the US by 36% or eight million acres since 2012. The use of cover crops has increased by a remarkable 50% or five million acres as well.

Mark also wanted to reduce his dependence on commercial fertilizers and pesticides. Some cover crops leave nitrogen or scavenge nitrogen from the soil and leave it for the next growing cycle.

Cover crops also offer some weed suppression. The DeZeeuw’s are continually trying to find the balance of what works for them. Of course, each growing cycle has new challenges.

Overall, agriculture in the US is more sustainable in terms of environmental gains. According to the USDA National Agricultural Statistics Service (NASS), US farmers are using less land to produce the same amount or even more than they did in 1990. For example, it only took 81 million acres in corn to produce the same amount as 121 million acres did in 1990.

With less productive land being taken out of agriculture, many farmers and ranchers have

enrolled 140 million acres into conservation and wildlife habitat programs offered by the USDA. That is equal to the same land area as California and New York combined. How is this happening? One word. Technology. From better seed genetics to precision

technology, and in general a better understanding of the science of how to produce food, which by the way keeps evolving as we continue to learn more about soil health, it all adds up.

unique sites or farms verified in Missaukee, Osceola, and Wexford counties. Reducing about

and over 54,000 pounds of nitrogen. These nutrient reductions mean the nutrients don’t end up in our waterways creating algal blooms or in our drinking wells.

Not forgetting about Livestock

Yonkman Dairy farm near McBain was established in 1944. Molly Pluger is part of the third

generation operating the farm. Molly is the herd's person or the person in charge of the cows. Since the farm expanded in 2016 and added a 40 stall rotary parlor with a robotic post-milking udder sprayer, things have changed quite a bit. They grew. They now milk close to 1,500 cows. The growth has allowed Molly and her team to do a better job of managing cows than when they were smaller. “People want to call us a factory farm and somehow that’s bad, but we are a family farm that takes even better care of our cows than we did before‘, Molly stated.

Some things that haven’t changed is the level of cow care they give. “Cows are the moneymaker on this farm, and we have to take care of them,‘ said Molly. By that she means, they’ve installed fans in the barns at an optimal level for cows to feel the air movement, spacious stalls bedded with sand to accommodate large Holstein frames, cow brushes, and of course fresh food and water.

Molly utilizes daily reports of milk produced by each cow and uses that as a baseline to figure out if any cows are “off.‘ She then goes and finds the cow in the herd and checks them and may separate the cow for further observation. Molly and her team also walk the barns and use their own eyes to find any that look not quite themselves daily and take care of those cows.

One thing Molly is very good at is getting better and better genetics for their herd. She works with CentralStar Cooperative to help bulls that will help her cows improve with the next

generation. And her milk production proves that she’s getting the job done. Even with the heat, which generally means milk production goes down, her average cow daily milk production is still 94 pounds or almost 11 gallons of milk. That’s per day, per cow. The understanding of better genetics, cow comfort, better milk techniques, and feed usage has meant that there are fewer cows in the US that produce a lot more milk. There were 25 million dairy cows in 1950 and now there are about six million, but today’s cows produce 60% more milk.

What farmers wish you knew

Farmers wish you knew that your food is nutritious no matter the production method. That it

doesn’t have to be organic to be good for you and that the nutrition is pretty much the same.

They wish you knew that it’s really hard to be profitable right now. You can look at the big

equipment and big farmstead and think they are doing fine. They aren’t. They just aren’t. It

doesn’t matter if the farm is big or small, organic or conventional. It’s just hard financially. Both farmers interviewed didn’t know if the next generation will have the opportunity to farm or be able to make a living solely from farming. It’s not for lack of passion that’s for sure.

They also wanted people to know that they really are very passionate about agriculture, what they do and what they provide to you for food. They eat the same foods you do and trust that other farmers have done their jobs to produce the best quality food. These farmers don’t want your thanks, but they would like you to appreciate your food and to try to understand that they are giving their very best to you.