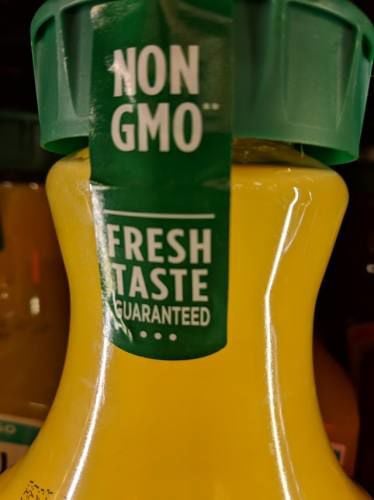 There are no GMO oranges in existence, yet this orange juice has a non-GMO label. 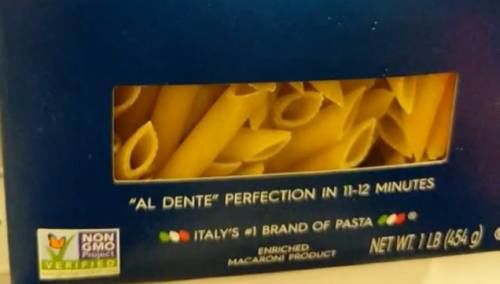 GMO wheat is not on the market, but you may see pasta labeled as non-GMO. 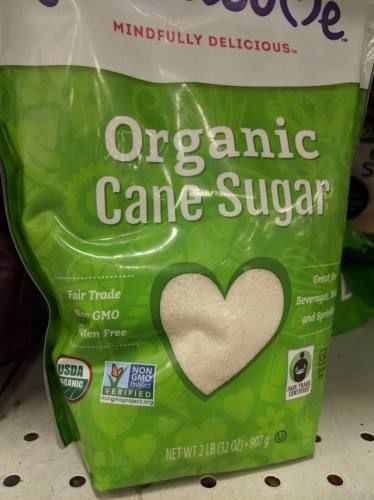 This cane sugar grown organically has a non-GMO label, but currently there is no GMO sugar cane. 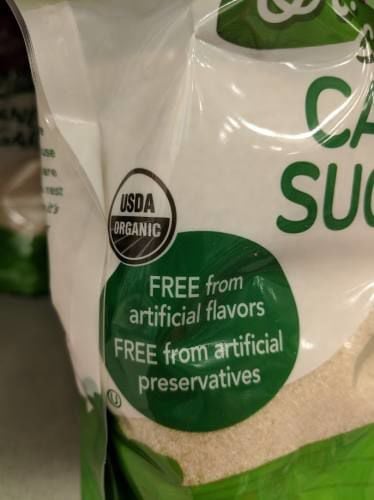 There are no GMO oranges in existence, yet this orange juice has a non-GMO label.

GMO wheat is not on the market, but you may see pasta labeled as non-GMO.

This cane sugar grown organically has a non-GMO label, but currently there is no GMO sugar cane.

Labels on food are everywhere — organic, free range, no antibiotics, non-GMO, made with Genetic Engineering, etc. What do these mean and how do they relate to conservation on farm lands?

Over the years, I’ve interviewed farmers that grow their crops and raise their animals using a variety of systems and production methods. The main goal of most farms is to produce food and raise animals humanely and safely. In an ideal world, farmers would be able to make a good living while reducing the use of tillage, fertilizers, pesticides, fuel and water.

Farming is not about being right or wrong. Each method of production is about tradeoffs — pros and cons. Keep in mind that your food is safe regardless of what type of farming a farm uses.

Genetically Modified Organisms or GMOs are a fairly recent method for creating seeds that have very specific traits. The crops that are genetically modified are field corn, sweet corn, canola, cotton, alfalfa, sugar beets, papaya, summer squash, soybeans and — new in the last two years — some potatoes and apples.

Many of the GMO field crops have had their resistance to glyphosate turned on within their DNA and some have had a soil bacterium called Bacillus thuringiensis (Bt) inserted into the DNA sequence. Bt is known to kill caterpillars including species of insects like the cutworm, earworm and rootworms. These insects can kill or do a lot of damage to corn and cotton plants.

Why is this important? With the advent of GMO crops, farmers have used far fewer pesticides including insecticides. More RoundUp® like products are used but glyphosate is fairly non-toxic. Farmers use 20 to 24 ounces of product per acre. The rest is water and a few ounces of what farmers call “stickers‘ or crop oil that makes the product stick to plants to make pesticides do their job better.

Less tillage creates healthier soil which in turn can help create healthier crops, less compaction in the field and less fuel usage by farm equipment. GMO seeds allow farmers to use less tillage since glyphosate kills most weeds. Many farmers in our area have gone from conventional or conservation tillage to strip till. Strip till means farmers are only tilling up targeted strips of their field to plant crops and the remaining strips may hold a cover crop.

Since glyphosate is so great at killing weeds and has been used extensively in growing crops with herbicide tolerance, it’s been overused. Weeds were already developing resistance to glyphosate before GMO seeds were on the market. Now weeds have developed resistance faster since farmers haven’t really switched herbicides as much as they should.

• More adoption of no till or reduced tillage

• Less waste of crops at the farm gate

All seeds before GMO development were non-GMO and many crops are still raised without that technology. This usually means more toxic herbicides and insecticides are used as needed, which is the biggest difference in using non-GMO seeds. It’s also a little harder, though not impossible, for farmers to use no till practices. There are more fuel and water used because of the extra spraying and perhaps more fuel for extra tillage. Cover crops can be used effectively in this system.

You’ve probably seen the label with the butterfly and “non-GMO project verified‘ on it. Companies pay for this label even for products that do NOT have any GMO crops in them like orange juice. There are no GMO oranges, citrus fruits or wheat, for that matter. Therefore, there is no non-GMO pasta. Salt doesn’t have DNA but some salt brands that have placed the non-GMO label on the canister.

• More fuel and water being used

• More tillage tends to be used

Organic food by USDA definition doesn’t use synthetic pesticides or fertilizers except when they are approved by Organic Material Review Institute (OMRI). Certified organic growers must meet the livestock care and/or crop standards set forth in the National Organic Program administered by the USDA.

Organic farmers can use approved pesticides. Most, but not all, are a very low toxicity, with several that are not. There are many organic pesticides that are highly effective — though many organic products make unfounded claims. In general, bio pesticides which account for a significant number of organic pesticides have very short residual control periods because they are highly susceptible to degradation. Copper—perhaps the most famous and arguably broadly useful organic pesticide — is highly effective at controlling a specific range of pests but washes off with rain as it is not even locally systemic. Another example — Bt — might control caterpillars for up to a week if environmental conditions cooperate whereas some neonicotinoid-based insecticides might control them for weeks if applied to foliage and potentially months via root-drench.

Organic growers may also mulch, mow, drill seed or use cover crops to limit weeds (or a combo). Many do cultivate or till between crops to limit weeds as well. With tilling weeds rebound more quickly than with most conventional herbicides so farmers need to re-enter the field more often.

Organic farms may only use OMRI approved fertilizers. These are typically manure, compost, compost teas, seaweeds and other natural amendments like lime or rock phosphate. Nitrogen is one of the key elements that plants need to grow. Manure and composted manure supply a majority of the nitrogen as well as using legume crops or cover crops like peas, alfalfa, beans, or vetch to deposit nitrogen in the soil. The crops are then tilled under so the next crop can use the nitrogen that is released. Manure is also high in phosphorus. All livestock farmers, not just organic farms, need to watch how much phosphorus is building up in their soil.

With the exception of hay and rye, organic crops on an average yield 1/3 less than other farming methods. This is due to disease, weed and other pest pressure.

Take Away for Food Buyers

Conservation-wise, GMO crops tend to be better overall for the environment, if those farms also use no till or strip till and use a cover crop. One thing to realize is that organic practices have helped conventional farmers to be better farmers, use fewer resources and talk more about soil health. There are several sweeping statements that traditionally come with organic, GMO or non-GMO that have exceptions. With that said, buy what you can afford and feel safe about, knowing that all food is produced safely across the board, with trust in the farmers and processes that produce the food.