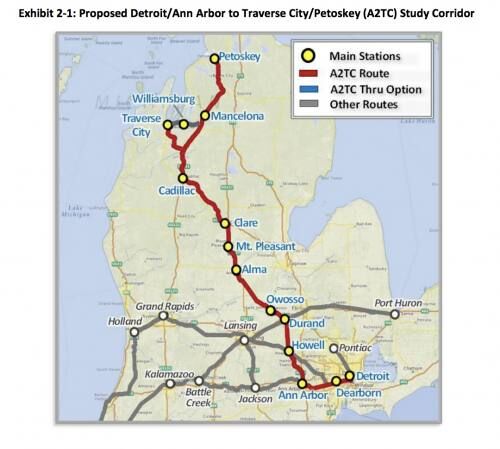 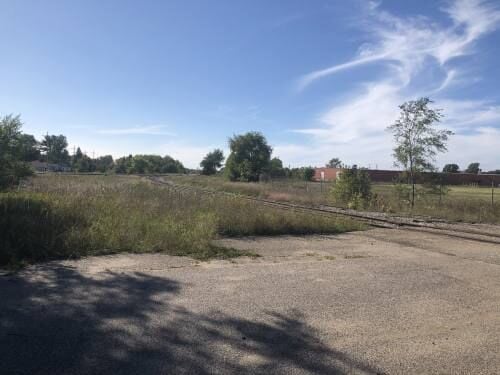 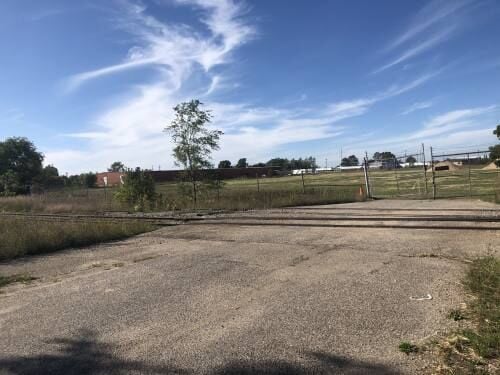 CADILLAC — Excursion trains between Ann Arbor and Traverse City (with a stop in Cadillac) could run in 2021.

The special event excursion trains are a key component of the long-term effort to bring daily passenger rail to northern Michigan from downstate. Running them will test the concept and the market for regular passenger rail service here.

Originally, the Groundwork Center for Resilient Communities, which is spearheading the passenger rail effort in Northern Michigan, hoped to bring excursion trains to the region this fall.

But COVID-19 derailed those plans.

"We decided not to put together any private or public train rides this year just because it was going to be too complicated because of COVID-19," said Jim Bruckbauer, deputy director for the Groundwork Center for Resilient Communities.  "But we are planning on putting together some kind of (probably private) train rides next year."

A 10-month feasibility study in 2018 found that regular passenger trains between Ann Arbor and Traverse City could mean 1.5 million riders $100 million in annual revenue by 2040, according to a news release from at the time.

The cost of getting daily passenger rail between Ann Arbor and Traverse City / Petoskey (with a stop in Cadilac and other towns), though, depends on what kind of trains do the job. Slower, 60 m.p.h. trains would need $40 million in capital costs, while 110 m.p.h. trains might mean $1 billion in track improvements.

But we're still a long way off from any of that.

"There are still a number of studies that need to be completed in order for there to be regular, sort of, fast-moving trains going up and down the track on a regular basis," Bruckbauer said, naming environmental impact and engineering studies. He didn't have an estimate for the cost of an environmental impact study but speculated it would probably cost a couple hundred thousand dollars. Identifying the funding that would pay for the studies is an ongoing effort.

Adam Williams, chair of the Michigan Association of Railroad Passengers, said he thinks passenger rail between Ann Arbor and Traverse City is a question of "when" not "if," though the exact timeline is anybody's guess.

One thing the project would have going for it is the fact that the state owns the track, Williams said.

That made the excursion trains possible, Williams said.

"If they actually had trains and an operator, they could run (excursion trains) basically anytime they wanted," Williams said. "They have more regulations if you want to run a scheduled service. That would require upgrades. But it's very, very doable."

How to pay for the upgrades is another problem that would need to be solved. State and federal funding could help, though Michigan tends to spend less money on public transit than comparable states, noted Steve Vagnozzi, treasurer for the Michigan Association of Railroad Passengers.

Who would run the train service is another question. Bruckbauer said he thinks a non-profit group could be formed to operate the train service but said he also wouldn't rule out the idea of a for-profit company operating a passenger rail service in northern Michigan.

In Cadillac, the exact location of a future train station has not been pinned down, though "an area in the vicinity of the Mitchell-Bentley property is one possibility," said John Wallace, the city's community development director.

The Mitchell-Bentley area is attractive because it could accommodate trains that need to "pull off" the tracks instead of blocking roads during loading and unloading, Wallace said. Wallace said it's possible bus shuttles could take passengers downtown.