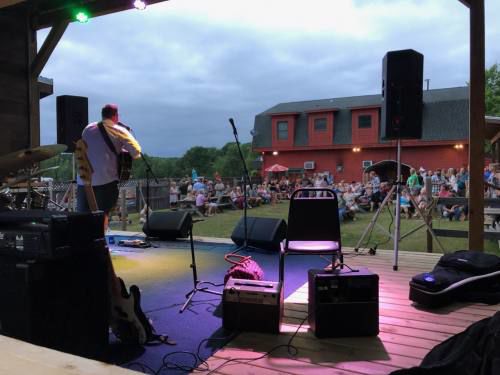 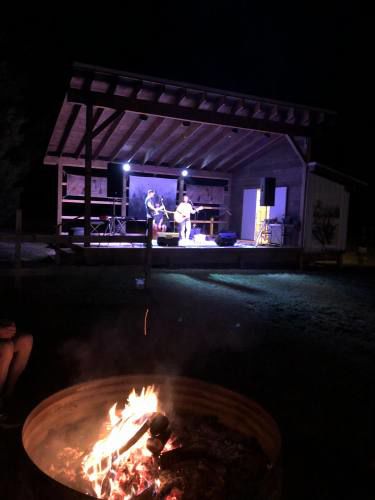 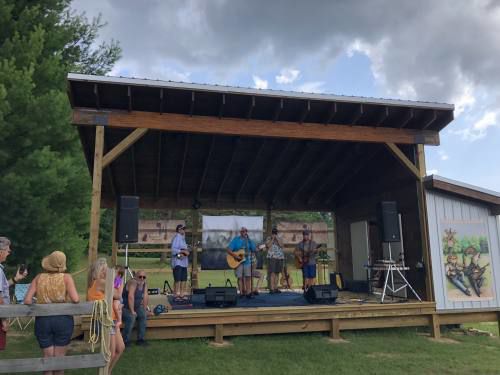 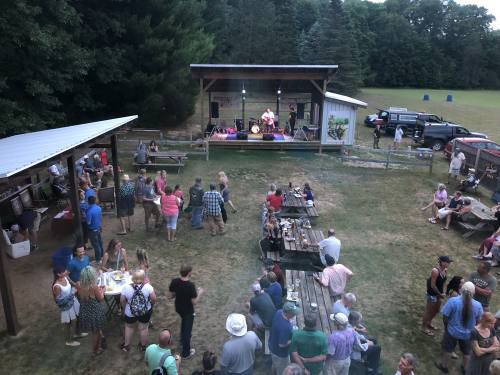 CADILLAC — Cadillac can be a tough place for local musicians.

Coyote Crossing Resort owner Pete Finch said for a bar or restaurant to bring in live acts, they have to take a risk, which is a big reason there aren’t many locations in town that host performers on a regular basis.

“Running a bar or restaurant is not nearly as profitable as a lot of people think,‘ Pete said. “You’re taking a little bit of a risk bringing in a band. I don’t expect to make much more (on nights when a musician is playing) than the cost of covering the amount I’m paying the band.‘

The reception for certain types of music is also an issue in Cadillac.

Finch said a comment he hears from musicians about playing in the Cadillac area is that listeners often prefer hearing covers they’ve heard on the radio over original music, which can be frustrating to artists who are trying to get more people to hear their tunes.

Pete co-owns and operates Coyote Crossing with his wife, Julie; they purchased the business several years ago.

Before Pete and Julie owned the resort, it was the annual location of the Hoxeyville Music Festival, which has since expanded and moved down the road.

Pete said he and Julie love live music, so they’ve put a lot of effort into continuing the tradition at Coyote Crossing.

“There are a good amount of musicians within a 30-40-mile radius,‘ Pete said. “Some really unique, genuine singer/songwriters. I lot of them have become really good friends of ours. We feel like we need a place for them to play.‘

It started off with open mic nights on Thursdays and eventually, they migrated outdoors, where they’ve held a number of shows over the last nine years.

The list of regular performers at Coyote Crossing is a who’s who of local talent, including Seth Bernard, Rachel Davis, Luke Winslow King, Adam Joynt and Zak Bunce, to name a few.

Around Memorial Day, they finished the newest installment to Coyote Crossing — an enclosed outside stage area.

Pete said they’ve been playing shows all summer long on the stage.

“We’ve had a lot of nice feedback,‘ Pete said. “I think it’s one of the nicest outdoor music venues out there.‘

On their Facebook page, customers have left glowing reviews regarding the resort’s focus on music.

“A wonderful place with a great staff and a laid back atmosphere!‘ said Brian Gregor on Aug. 9. “Good food and incredible live music.‘

Pete said they have been “determined to have success with live music‘ and build an atmosphere at Coyote Crossing where performers are comfortable.

“We’ve been told it’s like we built a concert in a good friend’s backyard,‘ Pete said.

Although the summer season is coming to an end, along with their open mic nights on Thursdays, Pete said any musician interested in playing at Coyote Crossing Resort should send an email to him or his wife.

Later this month and early next month, the resort will host two performances and the 12th annual Hoxeyville Classic Car Show.

On Saturday, Aug. 31 at 8 p.m., the Doug Henthorn Band will take the stage. Doug Henthorn is a blues musician who has worked with a number of renowned artists, including Joe Bonamassa. Cost to attend this show is $10.

On Sunday, Sept. 1 at 8 p.m., Tom Petty tribute band The Insiders will be performing. Cost to attend this show is $20.

Also Sunday from 9 a.m. to 3 p.m., Coyote Crossing will host the Hoxeyville Classic Car Show, which is free to attend for spectators.