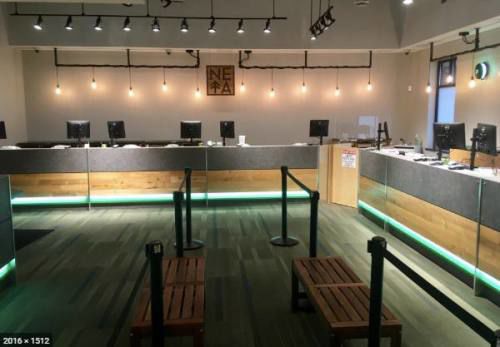 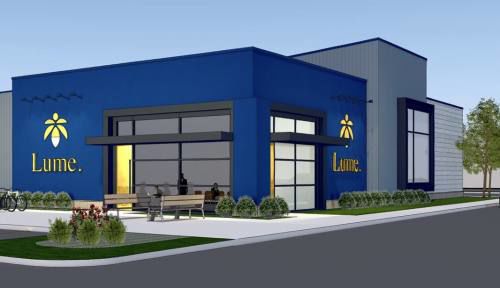 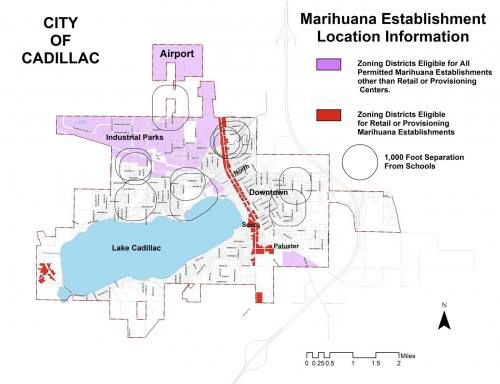 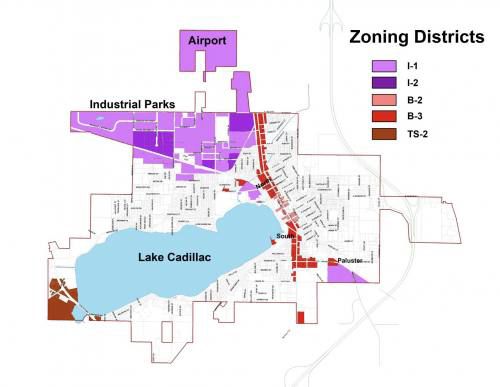 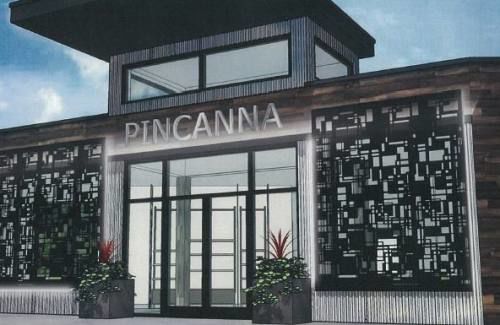 But it will be months before any business could open in Cadillac. Marijuana businesses, both medical and recreational, will need a special use permit to operate, and the city isn't due to start considering those applications until after the application deadline.

The city is expected to revise the ordinance as passed in November.

On Monday, city council will examine additional changes to the ordinance, primarily one that will allow licensees to "co-locate," as long as the businesses "operate within its own distinct and identifiable area."

City Manager Marcus Peccia said the ordinance, as originally passed, would have inadvertently blocked some buildings, such as strip malls, from hosting two separate marijuana businesses. City council is expected to vote on a resolution to set a public hearing in January regarding the adjustment to the marijuana ordinance.

"I've talked to at least one of the firms that will be submitting and it was their thought that they were going to submit close to the end of the application period," said John Wallace, the city of Cadillac's community development director and one of the people who will sit on the committee that will determine which marijuana businesses get special use permits. A couple of the people he has spoken with already have existing marijuana businesses in Michigan.

That doesn't mean we don't know what the marijuana business will look like in Cadillac.

Because of the city's recently-adopted zoning and other ordinances, we know the general areas where marijuana businesses can be located and we know some features that the buildings can and can't have.

At the direction of the city council, the Planning Commission developed marijuana zoning ordinances for the city, which were later adopted by the council on Nov. 18. Wallace spoke to city council about the ordinances.

Marijuana is controversial, but the commission tried to take emotion out of decision-making.

"I think we approached it more from an intellectual or planning standpoint," Wallace told the Cadillac News in a subsequent interview.

Given the number of allowed licenses, the question was, how to handle them.

"We thought about the impacts ourselves and said, 'Where would it fit? Where could the best fit be?'" Wallace said.

In addition to describing where in the city marijuana businesses could be located, the commission also set architectural standards, such as for facades to be constructed using a blend of materials, windows, etc. — it can't just be a metal box, Wallace explained.

All marijuana businesses will have to take odor control measures, such as air filtration or scrubbing, fans, negative air pressure and a requirement that doors and windows stay closed except for when people are coming or going.

In the B-2 District, known as the core downtown area between South and Bremer Streets, retailers (those that sell marijuana to customers) have to have frontage on Mitchell Street — but the entrance has to be from the alleyway. The “frontage‘ on Mitchell Street description means that the marijuana retail business can’t be on side streets. But in the core downtown area, city leaders opted to keep marijuana businesses out of direct eyesight.

"The way you create a viable downtown is to have a string of businesses that are universally attractive to the widest group of people," Wallace said. The idea is that people strolling along Mitchell Street will have many businesses they'd like to visit.

"It has to be upper floor or lower floor," Wallace explained.

"Because we have a sloped topography in our downtown, some of the lower floors, or lower levels, are actually grade-level if you're coming in from the back alley," Wallace said.

If potential marijuana businesses choose a building with a grade-level entrance from the back alley, the business may be wheelchair-accessible.

Marijuana should not be visible from the exterior of the building; passersby shouldn't be able to look inside the store and immediately see marijuana.

However, the stores are required to have clear glass windows.

"People don't tend to want to use retail stores where they can't see the people that are either coming out of the store, or into the store," Wallace said. "You want to be familiar with your surroundings and who is around you."

The Cadillac News asked Wallace if the clear glass requirement would mean marijuana shop entrances would have false walls at the doorway that people walk around to truly enter the store, or whether all marijuana supplies would need to be behind opaque cupboards.

Not necessarily. The primary concern is window displays.

"Remotely, I think the product can be seen through the windows," Wallace said. "If you could peer through there and see 25 feet across the room that there was a canister of product, I don't think we're as concerned about that."

Big posters of marijuana plants and other marijuana graphics will also be banned, except for a leaf or similar incorporated into a corporate logo.

"The idea was to not be promoting the product to the general public," Wallace said.

There are other aesthetic considerations downtown.

"What we didn't want to see was a dumbing down of architectural unity within the downtown area," Wallace said. Buildings that house marijuana businesses should match the "rhythm" of the downtown streetscape.

Without knowing exactly which businesses will ask for and receive licenses downtown, it's hard to be more precise.

"We don't know if these retail outlets will be in existing buildings or new buildings," Wallace said. He anticipated the city would be "a little flexible" with existing buildings. "Obviously we can't recreate the building."

You won't see 24-hour drive-thru pot shops in any of the retail districts. Drive-thrus are banned, and marijuana retailers have to be closed between 11 p.m. and 8 a.m. and can't receive deliveries between 9 p.m. and 7 a.m.

You'll also see security cameras, signs advising you that on-site consumption of marijuana is banned. What you won't see: alcohol or tobacco. They're banned.

Retailers can be a little closer to schools and homes than other types of marijuana businesses. Retailers can't be closer than 100 feet to single-family dwellings, and, while retailers can be within 1,000 feet of a school, they cannot be adjacent.

The former Ponderosa Steakhouse restaurant building, which straddles South Street (the southern boundary of the core downtown district) is considered outside the downtown district, which means it could be eligible to be a marijuana retailer.

Everything other than marijuana retail establishments will have to be on industrial parcels zoned I-1 or I-2. Growers, processing, transporting and safety compliance marijuana companies will need to be located in the industrial parts of town, much of which are west of Mitchell Street, north of Wright Street and south of 13th Street, with some exceptions.

Like the downtown retailers, growers, processors, and other marijuana businesses will face some architectural standards, such as facades, awnings and clear-glass windows.

Because of concern about odor, non-retail establishments have to be farther than 1,000 feet away from schools, 500-feet from one-family dwellings.

Some industrial parcels wouldn't be eligible as marijuana business sites because of the spatial separation requirements — nearby schools are too close.