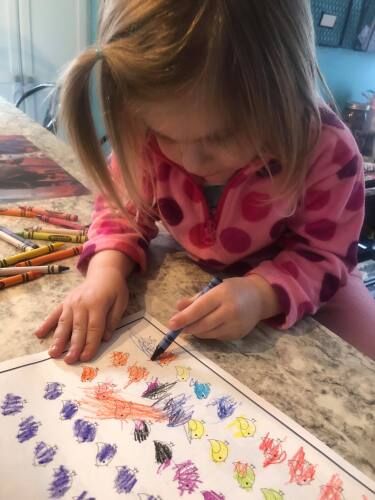 Ellary Webb colors in some chicks as part of the "1000 Books Before Kindergarten" program. For every book she reads, Ellary gets to color in a chick. 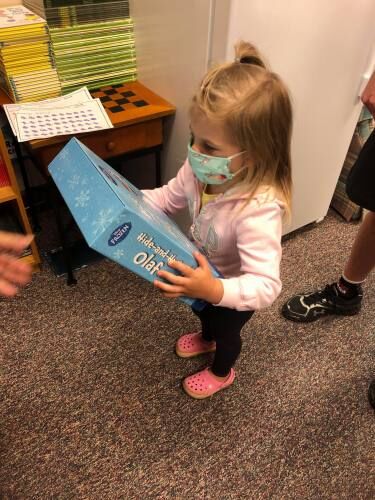 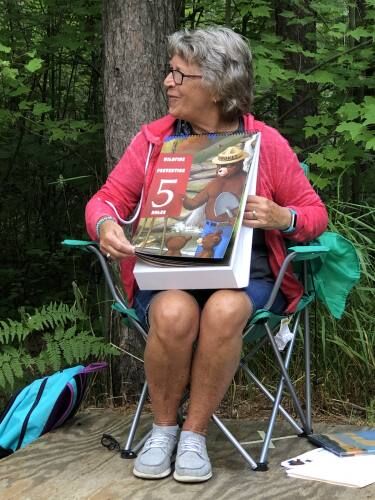 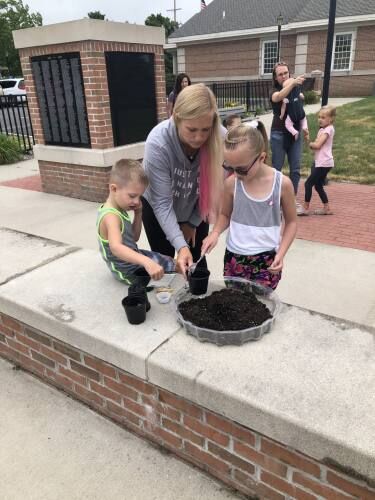 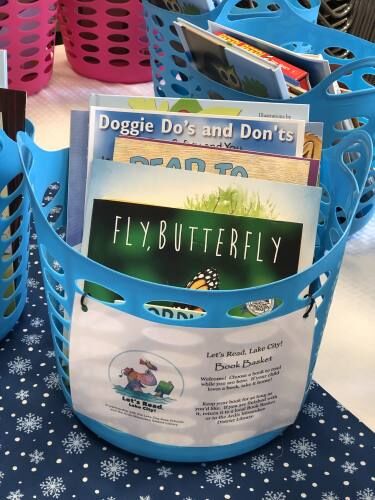 Pictured are some baskets available at businesses throughout MIssaukee County, where kids can pick up or drop off books.

Ellary Webb colors in some chicks as part of the "1000 Books Before Kindergarten" program. For every book she reads, Ellary gets to color in a chick.

Pictured are some baskets available at businesses throughout MIssaukee County, where kids can pick up or drop off books.

LAKE CITY — A child enters a business in Missaukee County, strolls up to a basket containing dozens of books, takes one out and brazenly walks out of the store with it.

This may seem like a description of petty larceny taken directly from a small-town police report but in Missaukee County, it's actually encouraged behavior in many cases.

The Ardis-Missaukee District Library's Let's Read Lake City! program is a multi-faceted initiative that aims to introduce as many kids as possible to the joys of reading.

As part of the program, a number of establishments in Missaukee County have agreed to set out baskets full of books for kids to enjoy. Kids are even allowed to take books home with them. When they are finished, they can drop the books off in any basket for other children to enjoy.

Library volunteers check the baskets regularly and fill them as needed with new reading material. The baskets can be found at many restaurants, general stores, the Lake City Chamber of Commerce, and many other locations within the county.

"It's about getting books out to people," said library director Laura Marion, who added that the baskets are just one of the four programs comprising Let's Read Lake City! — an initiative that was started in January 2019.

The Let’s Read Lake City! program was started as a coordinated effort between the Ardis-Missaukee District Library and the Lake City Elementary School mainly because Lake City Area Schools Superintendent Kim Blaszak and Lake City Preschool Coordinator Jody Wade recognized a need to emphasize preparing preschoolers in the school district for things like identifying and sounding out letters.

Marion and Ann Guidarini, a retired early childhood development specialist, accepted the baton from Blaszak and Wade and formed a group dedicated to the mission.

“The ongoing mission is to encourage families to read to their young children early and often, starting at birth and up to school age," Guidarini told the Cadillac News in 2019. “Reading aloud has so many benefits for children but not all families are aware of just how important it is and how helpful it is for their children."

Similar to the basket program and also part of Let's Read Lake City!, "Little Free Library" stands holding books for all age levels are set up around the county.

There is a Little Free Library at the Missaukee County Conservation District, the Merritt General Store, at Whipple's in Moorestown, in Moddersville, and in Vogel Center.

Another Let's Read Lake City! program is the “Read Aloud Roundup," which is held in Pioneer Township the second and fourth Tuesdays of the month.

As part of the roundup, a volunteer from the library reads out loud to the kids, who then are given a project to complete that relates to the books they're reading.

Also part of Let's Read Lake City is the "1000 Books Before Kindergarten" initiative, which rewards participates for every 50 books they read up to 1,000.

Fortunately, the Let's Read Lake City program has been relatively unaffected by the COVID-19 pandemic, although the library did have to cancel most of their adult programming for the time being.

Marion said book clubs also haven't been meeting at the library lately, as their MeLCat service, which borrows books from other libraries in Michigan, has been suspended.

That being said, the library is open to patrons at this time and they also offer curbside service if someone isn't comfortable coming inside for a book.

Continued donations of children’s books to the library for the Let’s Read Lake City! program are always appreciated.

Those wishing to make a tax-deductible monetary donation may do so by dropping a check off at the library or to the library’s mailing address: P.O. Box 340, Lake City, MI 49651. Make checks payable to “Friends of Missaukee District Library" with “Let’s Read" on the memo line.

The Let’s Read Lake City! program also has a Facebook page: facebook.com/LetsReadLakeCity. You may also send an email to: letsreadlakecity@gmail.com.

For general information about the Ardis-Missaukee District Library, call (231) 839-2166 or visit https://www.missaukeelibrary.org.