Sign Up
Log In
You have permission to edit this article.
Edit
Home
News
Coronavirus
Sports
Entertainment
Community
Obituaries
Classifieds
Contact Us
Today’s Paper
Publications
1 of 7 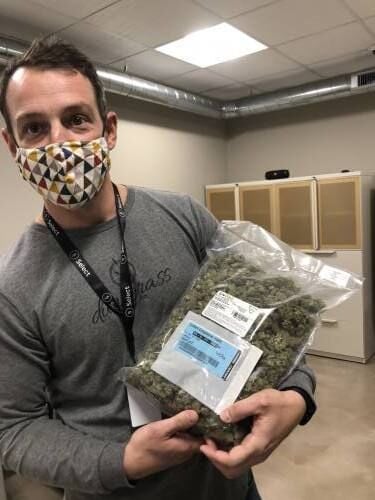 Eric Piedmonte, chief operations officer for Dunegrass, holds a bag of marijuana in the back room of the store, which is set to open this week. Dunegrass will be Cadillac\'s first recreational marijuana dispensary. 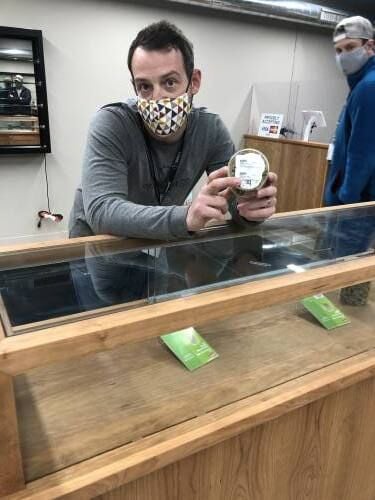 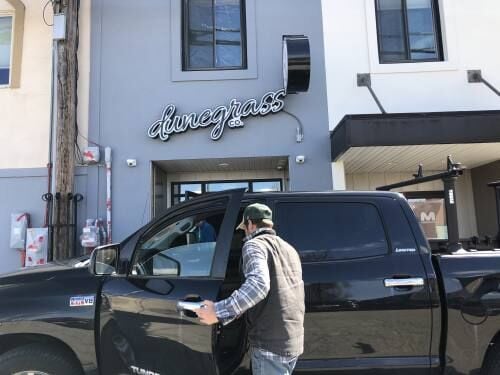 The last steps before Dunegrass opened were being completed on Friday, April 30. 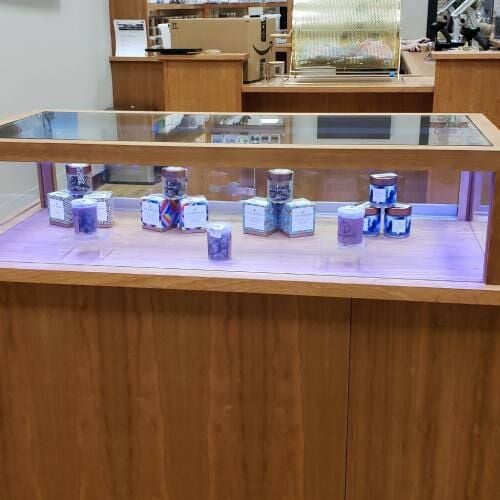 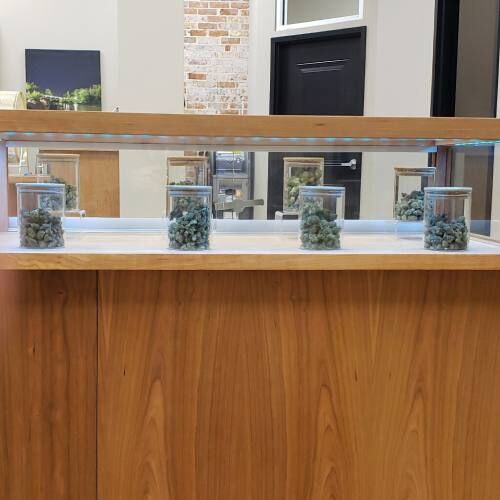 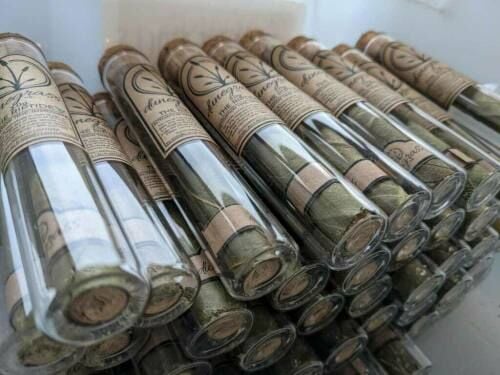 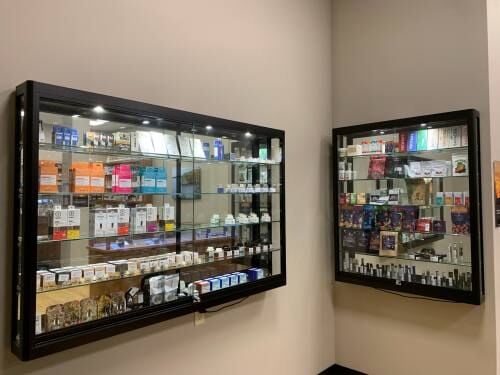 Eric Piedmonte, chief operations officer for Dunegrass, holds a bag of marijuana in the back room of the store, which is set to open this week. Dunegrass will be Cadillac\'s first recreational marijuana dispensary.

The last steps before Dunegrass opened were being completed on Friday, April 30.

CADILLAC — The name "Dunegrass" is meant to evoke a very Northern Michigan feel.

You can picture it, right?

Sitting around the bonfire on the edge of Lake Michigan with your friends?

Dunegrass is Cadillac's newest store. And something else is new, too. The store is selling a recreational product the city hasn't seen—at least not legally—before: marijuana.

Eric and Nick Piedmonte are leading Fresh Coast Provisioning in the opening of Dunegrass stores throughout the region. The northern Michigan vibe is at the center of what they're attempting to do.

There are cherrywood display cabinets, a nod to their Traverse City roots. There'll be locally-sourced marijuana (though not as much in the beginning because the industry is still new and most of the plant is being grown downstate). Their staff in the Cadillac store is almost entirely from Cadillac or nearby towns.

"Our ability to sort of keep the economy in northern Michigan is really that force multiplier for ... job creation," Nick Piedmonte, CEO of Fresh Coast Provisioning, aka Dunegrass.

Eric Piedmonte, chief operations officer for the business, said they've been trying to keep the product sourced about 50% from northern Michigan.

"There's an ebb and a flow to the process," Eric acknowledged, because Dunegrass is not vertically integrated. They're getting their products from other companies rather than growing or making it themselves.

The Piedmontes and their crew gave the Cadillac News a tour of the facility, located at 115 North Mitchell Street (though the entrance is at the back due to city regulations), on Friday. They were careful to cover all of the safety and security measures in place at the facility, from cameras covering every inch of the building to locked doors, guest registration and what appeared to be a meticulous product tracking system.

Inventory is important for every retail store, Eric Piedmonte acknowledged. But it's especially important in the highly regulated marijuana industry.

"It is absolutely vital for this industry. We can't afford to be wrong one time," Eric Piedmonte said.

There are four sections to the store. Though the address is on Mitchell Street, the entrance is at the rear of the building, in the alley. The first room you enter as you walk in is where a TV screen kiosk will be and where you can pick up orders. Deeper into the building is the waiting area, where you'll check in with your driver's license and wait for a budtender to come get you. Through locked doors is the shopping area, where your budtender will talk to you about your preferences and what sort of product you'd be interested in buying (in addition to the plant, there will be things like edibles and topicals). The budtender will be carrying a tablet and will place your order for you, then take you to the cashier where you can pay with cash or with a Visa or Mastercard (you can also place your order online). At the back of the store are more locked doors and the work area where staff carefully measure and label marijuana.

Every product in the store can be traced to its origin, the Piedmontes said.

If you've never used marijuana before or if it's been a long time, you won't be alone if you decide to shop at Dunegrass—and it's not just the 20-30-year-old crowd that's shopping for marijuana.

"We're seeing a lot of, you know, 45 to 60-year-olds from that market who've never tried it before," Eric Piedmonte said of new adopters. "We cater a lot of our brand and a lot of our marketing and a lot of our sales approach to new adopters because we think those are really who are making up the bulk of the industry right now."

The Piedmontes say they expect both locals and visitors will shop at Dunegrass, though there will be some variation according to season.

Cadillac will be Fresh Coast Provisoning's third Dunegrass store. The Manistee and Big Rapid locations are already open, while Marquette and Beulah will follow Cadillac and the company is working to open a store in Gaylord. The Piedmontes also run GT Vapor.

"I think there's a lot of misconception out there that all dispensaries are sort of created equal," Nicke Piedmonte said. But their ties to Nothern Michigan, Piedmonte said, allows the company "To sort of export that concept through the ... lens of marijuana has given us an opportunity to really differentiate ourselves in the retail space  ...  we're just so thrilled to have the opportunity to do business here in Cadillac. The city has been nothing but great."

The Piedmontes said they anticipated a soft opening of the store as early as Friday afternoon but more likely on Saturday, May 1. The grand opening is scheduled for May 8. The store is mostly staffed but expects to hire more people after launch. Octavion Waugh, the facility supervisor, said they'd already heard from many excellent candidates.