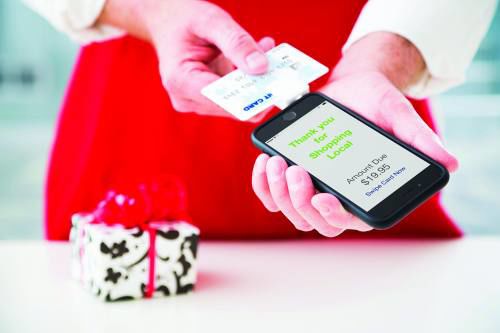 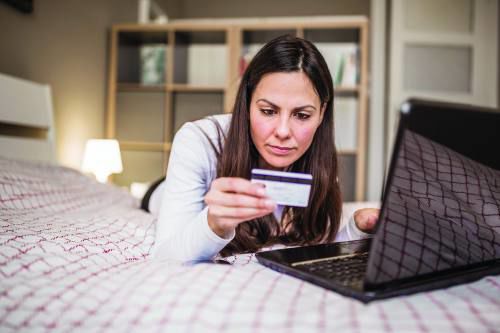 You see that big amount on your bill and instead of paying it you might ignore it or get distracted. And then it snowballs, said Northwest Michigan Community Action Agency financial management services and utility coordinator Tish Stave.

Credit card debt is pretty significant, even in Michigan.

Although the amount might be scary, there are experts out there to help.

The two most popular workshops are on developing a spending plan and credit.

“Credit is always one of our hot topics,‘ she said.

It just seems that’s a topic people want to learn more about, how to get their report and how to raise their credit score, she said.

The following are questions the Cadillac News asked financial experts regarding credit card debt and how people can better manage it.

What causes people to go into credit card debt?

“They’re simple and easy payment solutions that allow the user to enjoy now and pay later,‘ she said in an email. “Credit card debt can become unmanageable for an individual when it reaches a point they can only afford minimum monthly payments and not effectively chip away at the balance.‘

Stave said a common reason people get in debt locally is struggling with medical collections. Homeownership can be a large debt but not necessarily a bad one along with student loans and car payments.

“Everybody needs a way to get around,‘ she said.

“Perhaps the most common is daily spending for goods and services such as groceries, gas, insurance etc.,‘ he said in an email. “Then there is of course the additional spending that some refer to as ‘want spending’ referring to purchases made that are less than a necessity.‘

In Wolf’s credit union’s Manton and Lake City markets the company has approximately 290 credit card accounts with outstanding balances totaling $794,000, or an average of $2,737.93 per person.

These outstanding balances represent only about 35% of available credit line usage, he said in an email.

Is it easy to amass a lot of credit card debt?

There’s a lot of different reasons people get into debt, not just from going on a spending spree.

“Sometimes it’s that day to day expenses that gets ahead of you,‘ she said.

Taking out a card to pay a car repair or paying for a medical expense with a card can lead to it. Even daily things like an electric bill can lead to amassing debt.

Sometimes it can be from forgetfulness. Maybe the person pulled a credit card from Old Navy and charged something on it and forgot. It could also be a charge someone’s not aware of due to stolen identity.

“Identity theft is a big issue in our society nowadays,‘ she said.

Wolf said it does seem easy to amass debt, with many of us receiving multiple credit card offers in our mailboxes and electric channels every week.

“Not only is it easy to accumulate credit card debt when cards are accepted virtually everywhere, but the continuous offers may be tempting to some consumers,‘ he said. “Obtaining new credit is fast and easy, often with just a few clicks and keystrokes we can apply for and be granted credit online.

“As consumers, our needs and wants drive spending habits and when you couple that with the numerous credit offers dangled in front of us, credit card debt may get out of hand for some.‘

Are there times when going into debt is worth it?

“It’s not always a bad thing to be in debt,‘ Stave said.

“Debt can be a valuable tool,‘ Wolf said. “As consumers, we use debt to acquire goods and intangibles when we do not have the resources to make payment in full at the time of purchase.‘

He said the key is to use debt wisely. Starting with a budget and a clear understanding of the total cost associated with incurring debt is an important consideration to make before swiping the card.

Potentially dangerous debt can be prompted by simply not having savings set aside for unanticipated but necessary expenses like home or auto repairs, she said.

Is there a stigma that comes with having a lot of debt?

Carey said consumers generally believe any amount of debt is undesirable, so significant debt absolutely comes with a stigma attached.

“It certainly can lead to feelings of embarrassment,‘ she said.

We seem to consider it irresponsible, an inability to control ourselves and our finances, but incurring debt often presents the only realistic means with which to overcome an unanticipated financial hardship, she said.

What are the steps a person should take in order to become debt-free?

“Make a plan!‘ Wolf said. “Set goals and develop a plan to obtain that goal of becoming debt-free.‘

Realistic goals are important too, as debt-free may be the goal for some but others may simply need to better control debt, he said.

Stave said because everyone’s financial situation is different there’s “no one size fits all‘ approach to it.

Someone who’s 25, just getting out of school and looking to start a family is going to have different goals than someone whose kids are in college and is an empty nester, she said.

The best way to get out of debt is pulling that credit report and getting it in your hands to get a full picture of the situation.

There are also tons of apps out there to help take control of finances, but be wary though and make sure they come from reputable sources and always be wary when sharing information with anyone, she said.

People can call NMCAA and work with budget coaches. They have tailored sessions around people’s goals to help them make personalized plans, Stave said.

She encourages anybody looking into improving their credit or who want to learn more to come in and see them, either for a workshop or individual coaching. The budget housing coach in the Cadillac office, Chelcie Eisner, can be reached at 800-443-2297.

What is the main thing you would like consumers to know about credit cards and debt?

Carey said people should take time to understand the features and benefits of a credit card.

“Know your credit limit, rate and fees and review this information annually to be sure you are still receiving the best product for your current spending needs,‘ she said.

But if a consumer carries a balance on a card and does not know the cost of that credit or interest rate and does not evaluate how much of their minimum monthly payment is paid in finance charges, they often are blind to how much that credit is costing them each month.

He said communities should know there are resources available to them regarding debt management.

“These resources are generally available to everyone,‘ Wolf said. “If a consumer is uncertain where to start in making a budget, or plan a strategy to manage debt, they should ask for help.‘