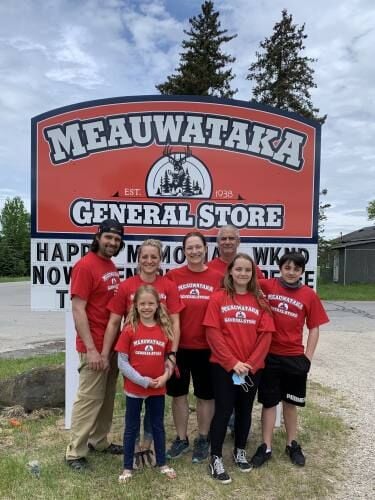 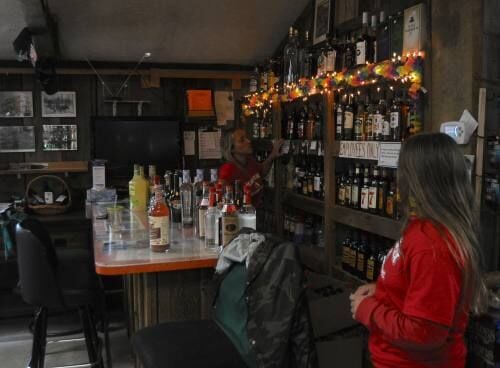 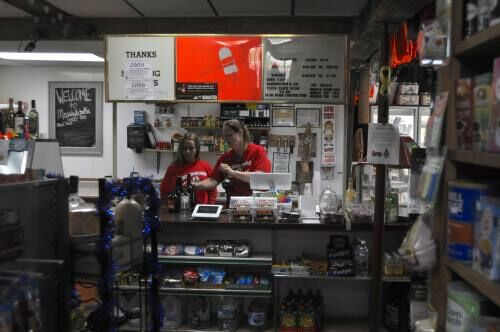 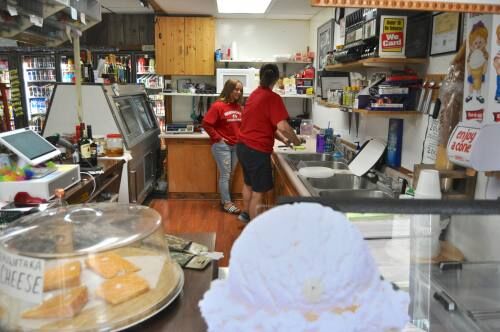 MEAUWATAKA — For Pam and Ken Sandy, purchasing the Meauwataka General Store felt a bit like fate.

About three years ago, the couple were driving around the Wexford County countryside, checking out the rolling hills, trees and other scenery, when they came across the store at the corner of East 24 Road and North 29 Road, just east of Dayhuff Lake.

“It was this cool little store out in the middle of nowhere,‘ said Pam, who at that time lived downstate and often visited Northern Michigan with her family to ski, hike and do other outdoor activities.

Pam said they were impressed by the variety of merchandise available at the store, including smoked fish. However during subsequent visits to the area they were unable to locate the store.

“We just knew it was somewhere in the Cadillac area,‘ Pam said.

More recently, Pam and Ken visited the area to take a look at an old farm they were interested in purchasing as a retirement home. On their way to the property, they happened upon the Meauwataka General Store, which just so happened to be 1.3 miles away from the farm. It also so happened to be listed for sale that day.

After consulting with their daughter, Cort, and her husband, Dut Jenkins, who were interested in moving up here and helping them run the store, they decided to buy it.

Pam and Sandy also ended up buying the farmhouse, where they found a number of items related to the Meauwataka General Store, which has a rich 85-year history that began in Northern Michigan's logging era. Included in the items they found was an old letter from a woman who mentioned buying items at the general store many years ago.

The store's history is definitely one of its appeals, Pam said, and something they've decided to highlight since taking over. The old owners, Bruce West and Judy Niemann, left Pam and Ken some pictures of the store and surrounding area taken around the turn of the 20th Century. Some of these pictures are now hanging near the store's entrance.

Bruce and Judy ran the store for 14 years. Bruce said they purchased the business after the wholesaling company he worked for moved out of state.

When they originally purchased the store, Bruce said the building was pretty run-down and their inventory was severely depleted.

"They had only five bottles of booze on the shelf," Bruce said. "The floor was a mess and there was hairspray all over everything."

During the next 14 years, Bruce and Judy made a number of improvements to the store, including significantly expanding its inventory, and adding deer bait and firewood.

Bruce said their plan was to run the business for 10 years, then sell it. Running a general store is a lot of work — too much for only two people nearing retirement age, Bruce said.

Realizing how much work it takes to run a business, Pam knew they wouldn't be able to do it without the help of Cort, Dut and their three children, 13-year-old Kaya, 12-year-old Cooper and 7-year-old Ella, who greet customers at the door, work the cash register, stock ice and do other odd jobs.

"They all have their own little jobs," Pam said.

Since taking over, Pam and Ken have added a number of new features and products to the store.

Three days a week, they prepare food items onsite, including nachos, tacos and chicken bacon wraps. This fall, Pam said they're planning to install a larger oven, which will expand their food offerings to include pretzel bread for sandwiches, cinnamon rolls and pizza. She said they'd also eventually like to offer smoked ribs and other meats.

This week, they added a couple of picnic tables outside where patrons can enjoy their food. They've also partnered with Owl Eye Coffee, which has created a custom blend just for the Meauwataka General Store.

They've also brought the store into the 21st Century by installing an electronic point of sale system that will allow them to more efficiently conduct customer transactions and track inventory data. They've also built a presence on social media, where they advertise their specials on a regular basis.

Reception from the community so far has been overwhelmingly positive, Pam said.

"People have been so kind," Pam said. "They're very, very appreciative. Many were afraid the store would be closed for good."

For Bruce and Judy, who are looking forward to spending more time with their grandchildren, the thing they will miss most about running the store is their customers.

"You were almost treated like a bartender or barber," Bruce said. "We heard story after story from people who were drawn to that store and the area."

Both Bruce and Judy believe the store is in very good hands moving forward.

"They're dynamite good people," Bruce said in regard to Pam and Ken.

"They're such good people," Judy concurred. "It was just fate."