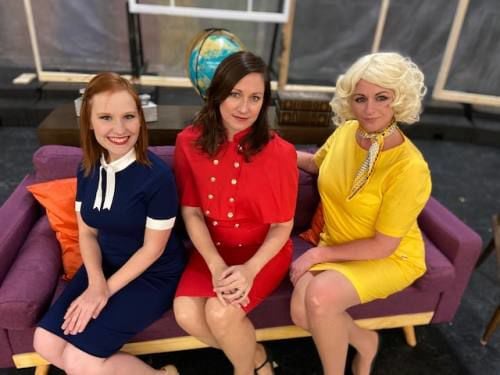 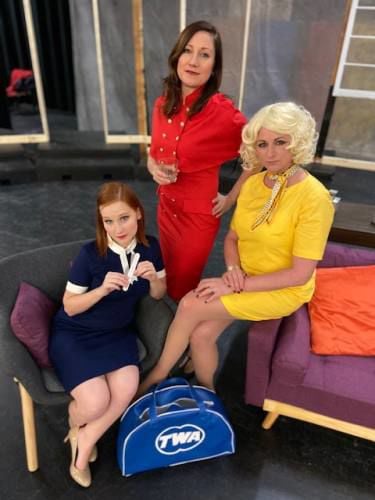 CADILLAC — You might notice especially real-looking mannequins at boutique stores in Cadillac this Saturday. Three mannequins, in particular, will look uncannily similar to real people — that’s because they are.

As part of a promotional event for the upcoming Footliters play, “Boeing-Boeing,‘ three actresses will be showcased in window displays visible from Mitchell Street.

Megan Santangelo, who will be acting in the play and also is on the Footliters marketing committee, said “Boeing-Boeing‘ is a comedy set in the 1960s about a bachelor named Bernard who has three beautiful fiancees, each of which is from a different country and an airline hostess.

“He keeps ‘one up, one down, and one pending,’‘ reads a Footliters description of the play, “until unexpected schedule changes bring all three to Paris — and Bernard’s apartment — at the same time.‘

From noon until 2 p.m., Melissa Kendell will be at Mäksé Boutique; Shaina Biller will be at Your Sister’s Closet; and Gabe Haiderer will be at Serendipity.

Santangelo said the promotion is part of a new approach Footliters is taking to advertise their productions by reaching out into the community and to local businesses.

During the promotion on Saturday, Santangelo said they will hold drawings for free tickets to the upcoming show; they will give away two tickets at each location.

For those who don’t win free tickets, regular tickets are available at The UPS Store, Brinks Custom Framing, and Horizon Books for $10, online for $11, and at the door for $12.