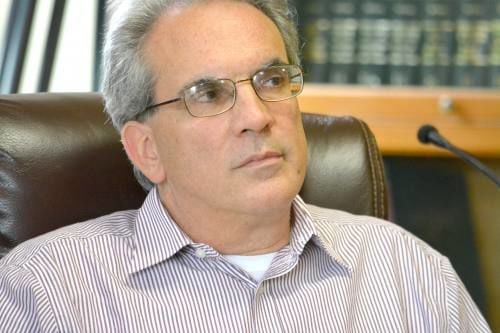 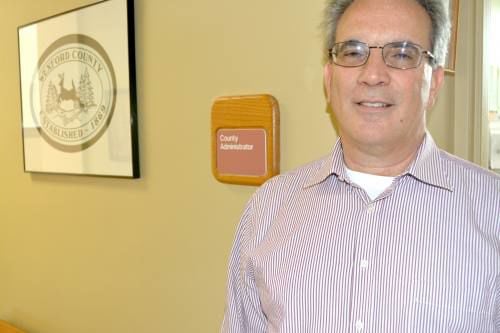 CADILLAC — News spread Saturday of Ken Hinton’s unexpected passing through former Wexford County officials who worked with him during his five years with the county.

Richardson said she received a call from Livingston County Clerk Elizabeth Hundley Saturday alerting her to the news of Hinton’s passing. While all the details were not known, Richardson said it was her understanding through her conversation with Hundley that Hinton had been doing yard work Saturday and started to be bothered by his chest at some point.

“I had a good relationship with Ken,‘ she said. “I’m not sure how much governmental background he had when he came to us but he learned it and was good at it.‘

Richardson said his move to Livingston County was a good one for him and allowed him to be closer to his family, which she was happy for him.

When Hinton joined Wexford County in April 2010, it had not employed a county administrator for the previous two years. Some members of that board of commissioners sought stability, especially after the administrator’s office had seen several administrators come and go. Before Hinton, the county had earned the reputation of not being able to retain administrators, having had three different people in the office in six years.

Stanton said Richardson told her Saturday about Hinton’s passing and she felt “really bad‘ upon hearing the news. She said it was her understanding that Hinton only planned on working a few more years before he was going to retire. The last time she saw him was last year during a Municipal Employees’ Retirement System of Michigan conference in Grand Rapids.

“He was looking good and he was happy,‘ she said. “He was a great guy and he told it like it was. He didn’t sugar-coat anything.‘

Although Hinton didn’t have a lot of governmental or municipal experience when he first hired in, Stanton said he asked questions, figured it out and by the time he left Wexford County in 2015 was knowledgeable in how government worked.

For Housler, the news of Hinton’s death had him mourning not only the death of a former colleague but also a friend.

Housler served as a commissioner for 16 years and during his tenure, he worked with at least six different administrators. Of them all, Housler said Hinton was the best one he worked with while on the board. Like Stanton, Housler said he received a phone call from Richardson telling him about Hinton.

In a letter to the board dated April 15, 2015, Hinton said he was leaving so he could be closer to his children and grandchildren, who have set roots in metro Detroit. Livingston County borders Oakland, Genesee, Shiawassee and Washtenaw counties in southeast Michigan.