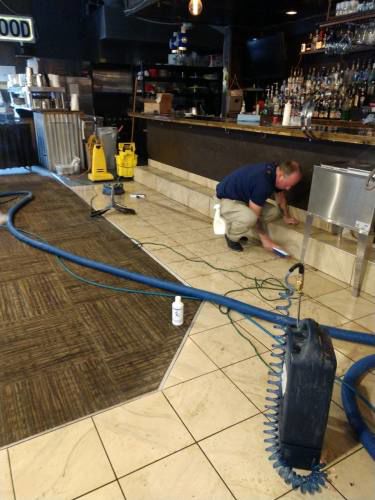 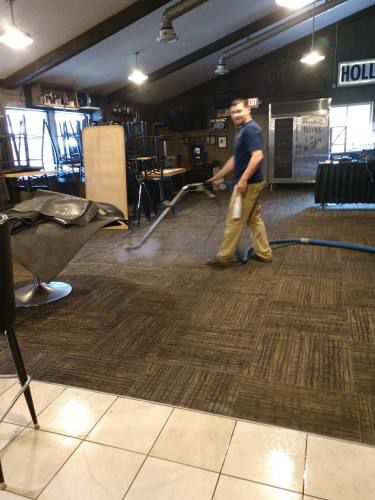 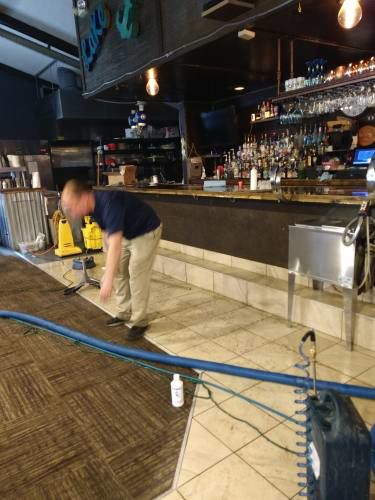 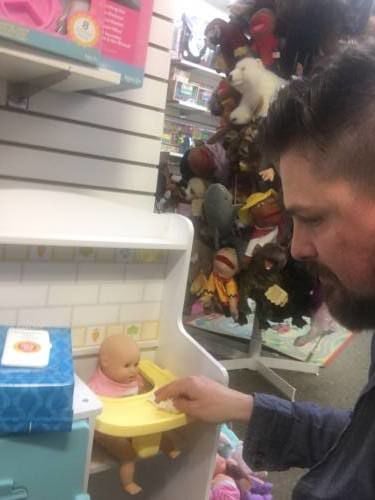 Toy Town owner Thaddeus Gommesen sanitizes surfaces inside the store constantly. Gommesen said many retail stores already have been seeing customers, although this state\'s blessing to do so starting this Friday may encourage others to start shopping in person once again.

Toy Town owner Thaddeus Gommesen sanitizes surfaces inside the store constantly. Gommesen said many retail stores already have been seeing customers, although this state\'s blessing to do so starting this Friday may encourage others to start shopping in person once again.

There are caveats. Restaurants and retail shops can re-open, but only at 50% capacity. If you go, wear a mask except when eating.

It will still be some time before you’ll be elbow-to-elbow with strangers in a packed bar.

You can have friends over, however. Grandma and grandpa can visit their grandkids.

“Social gatherings of up to 10 people" will be allowed in Regions 6 and 8, per the governor’s newest version of the executive order that shut down much of the state’s economy in response to the COVID-19 pandemic.

The regional re-opening applies only to some industries. Salons and barber shops are still not supposed to be open to the public, (though some have been flouting the order). Gyms and movie theaters are also supposed to be closed at least through May 28.

Though remote work for office workers will remain the first choice, some offices can resume operations if remote work is impossible.

In the Cadillac News coverage area, that means businesses in Wexford and Missaukee Counties (Region 6) can re-open but businesses in Lake and Osceola (Region 2) cannot.

Northern Michigan has had lower infection rates and fewer COVID-19 deaths than counties farther to the south.

With the announcement on Monday, Gov. Whitmer urged caution. While acknowledging the upcoming Memorial Day holiday weekend, she urged Michiganders to stay “smart.‘

“Let’s not all go rushing out," the governor said while urging people who do take advantage of the re-opening of restaurants and retail in Northern Michigan to maintain social distance, wear masks, and wash hands. "The whole state is watching to make sure we get this right," said Whitmer, a Democrat who has been criticized by Republican lawmakers for not earlier restarting sectors by region. "If we get this right, we will be able to take the next step."

Sylvia VanLeeuwen, owner of the Lake City Taphouse, said while the news that restaurants and bars could open again was “awesome," the road back to operational efficiency may be a little rocky.

“It’s going to be a transition," VanLeeuwen said. “It’s so hard to make a stopped ship move in the direction you want again."

VanLeeuwen said a few of the challenges they will have to face in the next couple days are bringing back staff, reordering food products, and figuring out hours of operation and scheduling details.

Cooks, waiters and other staff members currently on unemployment benefits may not want to come back to work yet, especially if they have to rely on tips, which may not be as plentiful with businesses only able to serve half the number of customers they normally would, VanLeeuwen said.

“Who do you call back?" said VanLeeuwen, who added they’ll likely pay their servers a far higher rate than minimum wage to make up for what they may not receive in tips.

As far as food availability, VanLeeuwen said they have a local connection for ground beef, so they know they’ll be able to continue serving hamburgers but it might be more difficult to secure other items such as steak, prime rib and pork.

While the Taphouse has been completely closed since the Stay Home, Stay Safe order went into effect in March, VanLeeuwen said they did open for takeout orders on Mother’s Day.

“We were swamped the whole day," said VanLeeuwen. “We did 383 orders. I felt humbled."

The turnout on Mothers’ Day factored into their decision to start up a regular takeout service, although VanLeeuwen said the governor’s Monday announcement made these plans somewhat obsolete.

At Toy Town in Cadillac, owner Thaddaeus Gommesen said he hopes the governor’s blessing will inspire confidence in people to resume some semblance of their normal shopping routines.

“This is a good thing for those who’ve been waiting for the signal from the government that it’s OK to go out again," Gommesen said. “It’s better than the alternative."

Gommesen said he thinks the opening of restaurants will lead to more foot traffic downtown, which could be a big boost to their walk-in business.

While some people may have been waiting for the official say-so from the government before doing any in-person shopping, Gommesen said many people have been going about business as usual (relatively speaking) for quite some time before Monday’s announcement.

For Toy Town, that means phone-in orders, curbside pickup and even some limited in-person transactions inside the store.

“The way we’ve been doing it is if they feel safe, they can walk in," Gommesen said. “We’ll keep being safe no matter what but that doesn’t mean we’re going to keep customers out of the store any longer."

While the state is allowing northern Michigan businesses to begin re-opening on Friday, local governments could opt for a more restrictive approach, such as allowing only restaurants with outdoor seating to re-open.

In Manton, Manton Mayor Sam Cronkhite said he doesn’t think there will be many municipalities in this part of the state that will choose to extend restrictions on businesses after Friday — something that is permitted under the governor’s new order.

“I’m super excited to sit down and a have a meal," Cronkhite said. “I still believe we’re way behind, though. I would prefer to be 100% open."

Cronkhite added that while most businesses still are following the orders previously set forth by the state to control the spread of COVID-19, many people don’t think they are appropriate for this part of Michigan, which hasn’t been hit by the virus nearly as hard as other parts of the state.

BUSINESS AS USUAL FOR LAW ENFORCEMENT

Gov. Gretchen Whitmer may have just announced the limited reopening of businesses in the Cadillac area, Northern Michigan and the Upper Peninsula on Monday, but local law enforcement officials were already looking at the potential for more people coming to the area this weekend.

Missaukee County Sheriff Wil Yancer said his office was going to treat this long Memorial Day weekend like it was a normal one. That means boat patrols are set to begin and the expectation of more people being in the area.

"Our boat patrol will start this weekend and we will treat it the same as any other year," he said. "It will be business as usual. I think people are free to move to their vacation homes already so we were under the assumption we would have more people regardless of what the governor did or didn't do."

Yancer did say, however, that there may be more people who decide to come north for the day during the weekend because retailers and restaurants/bars are starting to reopen.

Wexford County Sheriff Trent Taylor had similar thoughts about the upcoming weekend. With Wexford County being one of the counties allowed to start reopening businesses, Taylor said it is not changing any operating procedures including the reopening of the sheriff's office lobby to the public or the lifting of COVID-19 protocols established at the jail

Taylor said there a chance that could change depending on if the board of commissioners implements a change at its upcoming meeting on Wednesday. Until such a time where the commissioners make a decision, Taylor said thing will remain as they have.

With Memorial Day happening this weekend, Taylor said his office also will be ready for the influx of people that typically accompanies the long weekend.

"We will treat it like every single weekend in the summer and anticipate more people in the area," he said. "We will focus on business as usual."

The governor's office called state representatives in northern Michigan Monday morning to give them the head's up that the governor would announce the region can begin re-opening.

Both Rep. Michel Hoitenga, R-Manton and Rep. Daire Rendon (R-Lake City) indicated that they were relived and pleased that the region would begin partial re-opening Friday.

But both representatives criticized some aspects of the plan.

Rendon noted that some northern Michigan counties near Lake Huron would not be allowed to re-open, as they were grouped with the broader Saginaw region.

Hoitenga supported capacity limits at restaurants, but thinks the whole state should have opened.

"My fear is all these people from downstate are going to come up here this weekend, and had she opened statewide maybe some of those people would have stayed home in their own areas," Hoitenga said.

Health officers are reminding the community that COVID-19 still poses a risk.

"While I’m sure this will be welcome news to many, it is still important to remember that we can’t let up regarding following the recommended guidance to prevent the spread of COVID-19," said DHD No. 10 Health Officer Kevin Hughes. "If we drop our guard now we many find ourselves seeing an increase in the number of positive cases down the road."

The Associated Press contributed to this report.