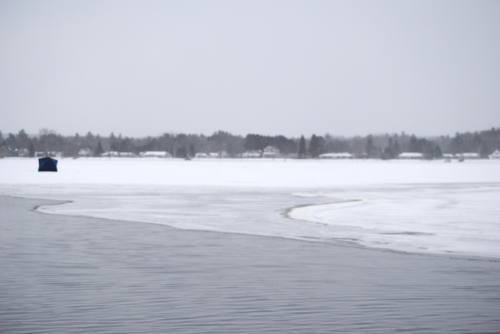 Open water on Lake Cadillac near the canal this past Wednesday. 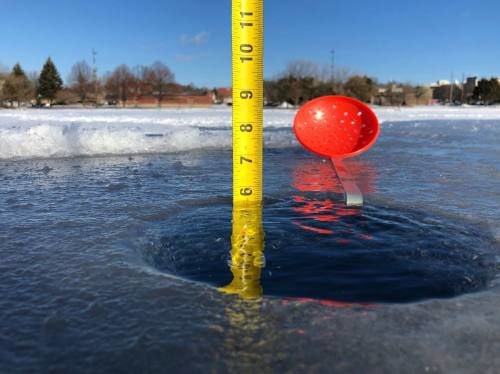 Ice on east end of Lake Cadillac near downtown this past Monday. 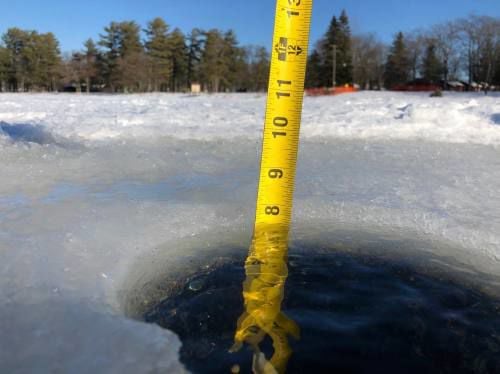 Ice on Lake Mitchell near Mitchell State Park and M-115. 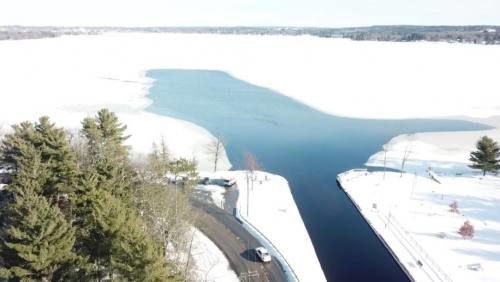 Open water on Lake Cadillac near the canal this past Wednesday.

Ice on east end of Lake Cadillac near downtown this past Monday.

Ice on Lake Mitchell near Mitchell State Park and M-115.

CADILLAC — Ice coverage on Lake Cadillac and Lake Mitchell is still not particularly thick after warm spells earlier this winter.

Steve Knaisel from Pilgrim’s Village Fishing Shop said that this past Monday the ice thickness on the two lakes was right around 6 inches. Some spots on Lake Mitchell approached 8 inches thick. Slush that had been on top of the ice has begun to solidify as well. While Knaisel does not report any issues with the shorelines on Lake Mitchell, he warns that some stretches of shoreline on Lake Cadillac are still “punky." The area in front of Kenwood Park on Lake Cadillac has poor ice quality in particular, and Knaisel warns that this area is not safe. As usual for this time of year, the canal is not frozen over and caution is required in this area.

The dearth of ice is not limited to just the Cadillac area. Sabrina Jauernic, a meteorologist with the National Weather Service, said that ice coverage on the Great Lakes was around 1.3% earlier this week. The Great Lakes usually average around 55% ice coverage during the winter. During particularly cold winters, such as the 2013-2014 winter, coverage can reach 92.5%. Jauernic blames “roller coaster temperatures," and ice quality may continue to suffer through the rest of this month. However, ice fishing enthusiasts can still be hopeful, as Jauernic reports that February temperatures may be colder than average.

“This is not a great winter for ice fishing so far," says Mark Tonello, a fisheries biologist with the Michigan DNR. Due to current ice conditions, Tonello urges caution for anyone ice fishing on area lakes. “Be careful" and “spud your way out" he says. A spud bar, also known as an ice chisel, is a long steel rod about 4 to 5 feet long with a chisel-like head on one end. “Spud your way out" refers to the practice of intermittently checking the thickness of the ice with a spud bar as you make your way away from the shoreline. Furthermore, Tonello encourages anyone ice fishing to never do so alone.

Anyone who has ongoing interest in ice conditions on Lake Cadillac and Lake Mitchell can check in at the Pilgrim’s Village Facebook page. Steve Knaisel said that his son Chris Knaisel does an ice report nearly every day and posts the results online. Pilgrim’s ice report evaluates ice thickness, quality, and safety along with photos of their measurements.