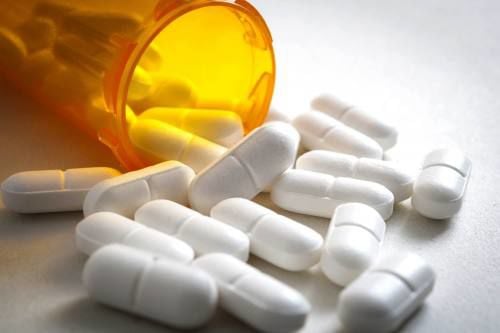 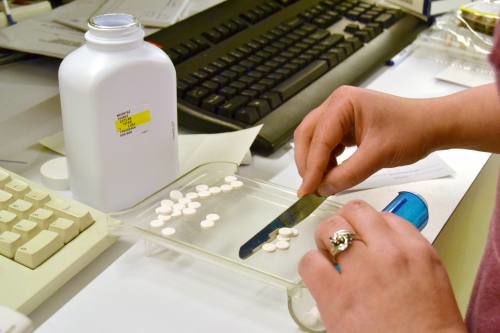 CADILLAC — Reading the warning labels on your medicine and carrying the medicine in its original container could make you safer and keep you out of jail.

Law enforcement officers and prosecutors have stressed in recent years, following the outbreak of the opioid crisis and the legalization of recreational and medical marijuana, that driving under the influence of a legal drug may still be dangerous.

“We often hear defendants say that it was legal for them to take the prescription,‘ said Wexford County Prosecutor Jason Elmore. “The response is that does not make it legal to operate under its influence. It is legal to drink alcohol, and even legal to drive with some in your system. It is not legal to drive under the influence.‘

Often, these cases “involve abusing prescriptions by taking an excessive amount or multiple prescriptions at the same time,‘ said David DenHouten, prosecuting attorney in Missaukee County. “Field sobriety tests and witness testimony on how the person was driving is often key to prosecution.‘

All opiates come with a “use caution while driving‘ warning stuck to the bottle, said Mike Moffit, owner of Bostick’s Drugstore in Manton.

But it’s not just opioids or marijuana that are potentially hazardous if in the system of somebody who gets behind the wheel.

Even some more innocuous medications, such as blood pressure medications or muscle relaxers, carry warnings about dizziness or drowsiness and caution patients not to operate heavy machinery (yes, your car is “heavy machinery‘) while under the influence of the medicine.

It’s hard to predict how you’ll be affected by any one drug.

“There are a lot of factors,‘ Moffit said, citing absorption, metabolism, a person’s size and sensitivity to the drug. “There’s a lot of reasons why we put those cautions on there.‘

The Cadillac News asked Moffit if patients should wait to use drugs that come with a “use caution‘ warning until the weekend, so they will know how it affects them before they try to drive to work.

Not necessarily; you should use medication as proscribed, Moffit said. But cautiously.

Every drug affects every person differently, and there’s not a rule of thumb for how long after taking an opioid you should wait before driving, especially as some opiates are long-acting.

“It really requires the patient to ask the pharmacist,‘ Moffit urged.

Even if an opioid doesn’t affect your ability to safely drive, there are other rules you need to consider as a patient with a prescription; namely, that you need to have proof of your prescription.

It’s illegal to have an opioid or other “scheduled‘ drug in your possession without it being in a marked bottle, Moffit said. If you don’t want to carry your full supply with you because the bottle is too big, Moffit suggested asking your pharmacist for a smaller bottle.

Spl. Lt. Derrick Carroll, the public information officer for Michigan State Police, said he suggests carrying a list of medications when you travel not only for law enforcement reasons but also in case you lose the bottles.

Police officers can use the Michigan Automated Prescription System to verify whether you have a valid prescription for Schedule 2-5 controlled substances (such as opioids or other highly addictive drugs) Carroll said.