Sign Up
Log In
You have permission to edit this article.
Edit
Home
News
Coronavirus
Sports
Entertainment
Community
Obituaries
Classifieds
Contact Us
Today’s Paper
Publications
1 of 4 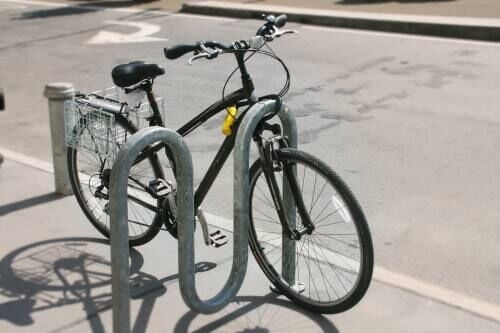 A zoning ordinance update would call for more bike parking in Cadillac. 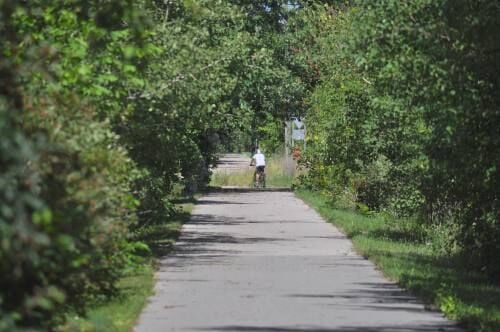 Cadillac has ample cycling opportunities (the White Pine Trail is pictured here) and the city is now aiming to improve bike parking. 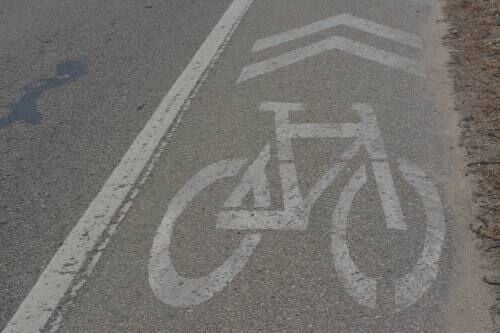 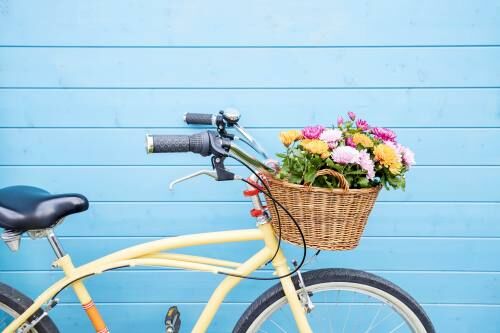 Cadillac is considering a requirement that new construction includes bicycle parking spaces for patrons and employees.

A zoning ordinance update would call for more bike parking in Cadillac.

Cadillac has ample cycling opportunities (the White Pine Trail is pictured here) and the city is now aiming to improve bike parking.

Cadillac is considering a requirement that new construction includes bicycle parking spaces for patrons and employees.

CADILLAC — Bicycles and pedestrians could mean more money for the city.

One of the final steps Cadillac can take to earn the Michigan Economic Development Council’s “Redevelopment Ready Communities‘ certification is enacting a zoning ordinance meant to improve non-motorized transportation capacity in the city.

The certification will help the city qualify for redevelopment grants.

“Non-motorized connections help support vibrant, walkable places. That walkability/bikeability in downtowns can be compromised when the connections are missing,‘ an MEDC spokesperson relayed to the Cadillac News.

Communities trying for the redevelopment ready certification have options for how to address improving non-motorized transportation.

“We’ve seen a variety of options, including but not limited to ordinance provisions around requiring the completion of sidewalk systems, bike parking, traffic calming measures or streetscape standards that can assist a community in encouraging non-motorized transportation options, which can reduce automobile trips and help foster healthier, more equitable communities,‘ MEDC said.

During Cadillac’s city council meeting on Nov. 6, the council set a virtual public hearing for Monday, Dec. 7 at 6 p.m. regarding an updated zoning ordinance aimed at bike parking and sidewalk goals.

The zoning ordinance, as drafted, would require certain kinds of new development (or substantially improved redevelopment) to provide bicycle parking and sidewalks for pedestrians.

“This would be for new construction,‘ Cadillac Community Development Director John Wallace told the newspaper. “Perhaps substantial reconstruction, but people that are just paint(ing) up (and) fix(ing) up, they have no worries.‘

Rather than imposing an expensive burden on developers, the proposed zoning ordinance, if enacted, could make things cheaper, according to Wallace.

“Quite frankly, it probably would pay for itself because we give a parking credit for the bike racks. In other words, you can reduce the amount of pavement you need and car parking if you provide bike racks,‘ Wallace said.

“For every car that you don’t have to park, you’re probably saving at least 300 square feet of pavement costs,‘ Wallace said.

There are economic reasons to push for better capacity for cyclists.

A 2014 study for the Michigan Department of Transportation found that “bicycling provides an estimated $668 million per year in economic benefit to Michigan’s economy,‘ much of that in avoided health costs.

As part of that study, the consulting firm that produced the report did a case study in Traverse City, finding that the economic benefits of cycling there were approximately $5.5 million. Of that, $2.9 million were for avoided health costs and reduced absenteeism and $1.8 million in household spending.

Other studies over the years have found that cyclists and pedestrians spend more money than drivers.