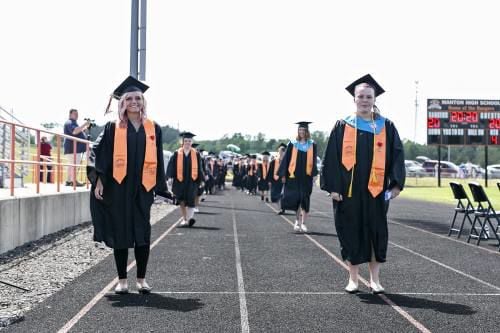 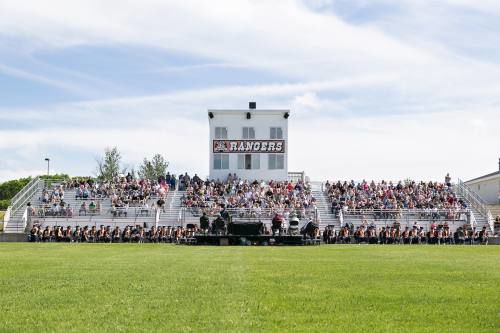 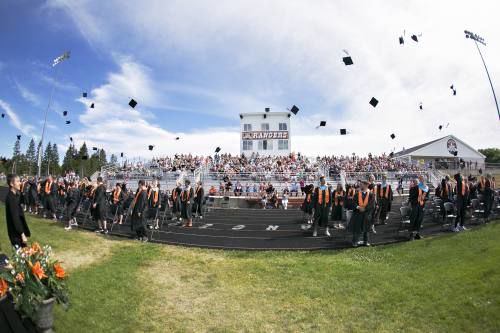 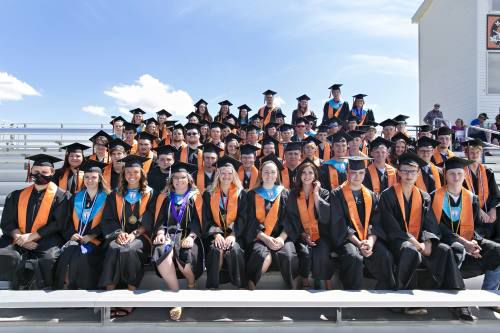 MANTON — For the first time ever, Manton Consolidated Schools held their graduation ceremonies at the athletic complex rather than the gymnasium.

Commencement ceremonies for the Class of 2020 were held on Sunday, June 21, and school superintendent Len Morrow said despite threats of inclement weather all week long, Mother Nature ended up cooperating and everything went off without a hitch.

The district decided to hold their graduation outside this year in order to comply with state social distancing protocols for large gatherings.

While the decision to have the event outside was made out of necessity, Morrow said they received a lot of positive feedback.

“It was very well received,‘ Morrow said. “People have requested to have it outside before. It gets a little stuffy in the gym.‘

Morrow said students and attendees were asked to stay six feet apart at all times, unless they were family members or lived in the same house. Attendance at the graduation was limited to six guests per graduating student.

Originally scheduled to be held in May, Manton Consolidated Schools postponed their graduation ceremonies following the coronavirus’s arrival in Michigan and subsequent statewide lockdown.