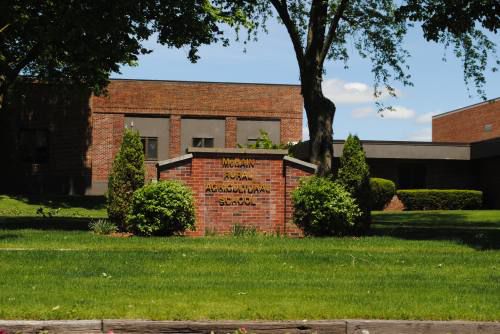 McBain Rural Agricultural School will have a bond on the November ballot. 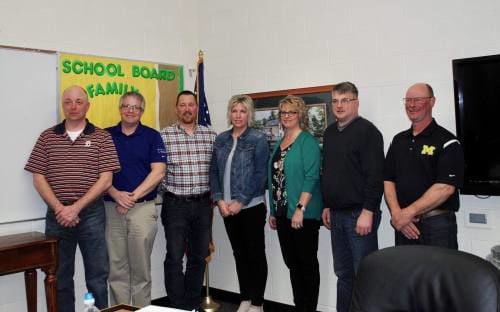 McBain Rural Agricultural School will have a bond on the November ballot.

MCBAIN — McBain Rural Agricultural School Board has voted to put a bond on the November ballot.

The bond is for $14.29 million, which would make it 1.4 mills above the current millage rate, superintendent Steve Prissel said.

According to information gathered by the school, McBain Rural Agricultural Schools currently has the lowest millage rate at 1.92.

The state average millage rate is 5.25, according to the school.

In May of 2018, a $14 million bond proposal for McBain Rural Agricultural School failed.

The $14 million proposal would have added 2.10 mills to an existing mill levy for the school district. A $100,000 home would have seen property taxes rise by $105 a year, but the increase would have begun to drop off after 7 years.

Prissel said the school board and district has listened to the community’s feedback. It has changed the bond based on that feedback and plans to do a better job getting information out to the public.

He said there are some big differences between the failed bond and the new bond.

For the failed millage in 2018, the school would have had to go back after four years and ask for another millage. The community expressed this was unacceptable. With the new bond, the school will come back after 10 years, he said.

Another project the school tried to do with the past bond was moving the baseball fields to get more parking. That wasn’t popular, so they found a different way to address parking and are working with architects on it, Prissel said.

In terms of millage rates, he gives credit to past school boards. To be at 1.92 mills is very admirable when other schools are at two or three times that.

However, even though they could run on that before, they can’t run on it now with the need to update more stuff, Prissel said.

With the financial environment schools are in, there are no additional dollars to be spent on items like boilers, buses and technology, he said.

Prissel said the money would go toward boilers, heating and cooling repair, flooring and security upgrades. In the past he has described it as a “nuts and bolts‘ type of bond.

He said the school is going to make an effort to get information on the bond out as best as it can through community forums, face to face and board meetings. Due to this he thinks the school will be in a good position before the November election.

According to the bond language, a special election of the school district voters will be called to vote on Tuesday, Nov. 5.

The maximum number of years the bonds of any series may be outstanding, exclusive of any refunding, is 22 years. The estimated simple average annual millage anticipated to be required to retire this bond debt is 2.71 mills, or $2.71 on each $1,000 of taxable valuation, according to documents.

According to the bond, the following are what the school would like to put the money toward:

• Erecting, furnishing, and equipping a secure vestibule and office entrance addition to the high school building.