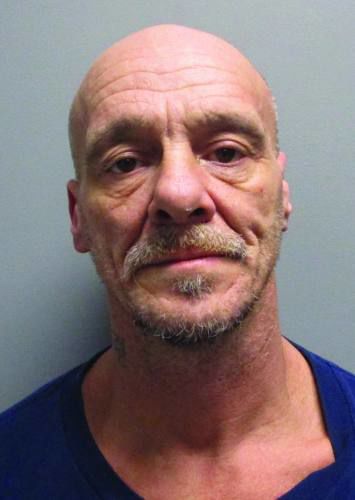 Cecil Raymond-Jerry McKinney, 53, was found not guilty by a jury after he was charged for his alleged connection to a Nov. 8, 2018 armed robbery. 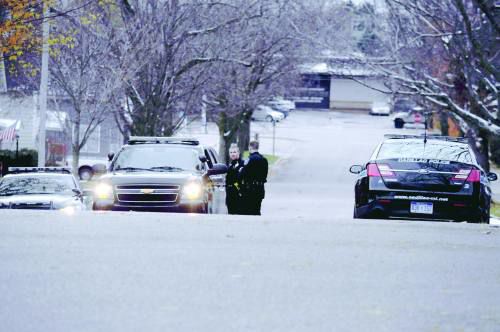 Police searched the area of East Nelson Street in Cadillac after a report came in on Nov. 8 that a man entered a home with a handgun and robbed someone. Cecil Raymond-Jerry McKinney, 53, was found not guilty by a jury after he was charged for his alleged connection to the armed robbery.

Cecil Raymond-Jerry McKinney, 53, was found not guilty by a jury after he was charged for his alleged connection to a Nov. 8, 2018 armed robbery.

Police searched the area of East Nelson Street in Cadillac after a report came in on Nov. 8 that a man entered a home with a handgun and robbed someone. Cecil Raymond-Jerry McKinney, 53, was found not guilty by a jury after he was charged for his alleged connection to the armed robbery.

CADILLAC — A 53-year-old man already serving a prison sentence for a methamphetamine-related conviction was found not guilty by a jury for his alleged connection to a 2018 armed robbery.

He also was charged with a habitual offender fourth offense notice but the jury didn't deliberate on that point. Both sides gave their final arguments and the jury started deliberations at 4:40 p.m. Wednesday. 28th Circuit Court Judge William Fagerman sent the jury home at 5:30 p.m. Wednesday after a verdict could not be reached.

The jury continued its deliberations at 9 a.m. Thursday and returned with its not guilty verdict by 9:40 a.m.

Officers were dispatched to a home in the 300 block of East Nelson Street around 3:11 p.m. on Nov. 8 to a complaint of a home invasion involving a firearm, according to a Cadillac Police Department press release in November 2018. A woman told police she was home by herself when a man she didn’t know entered her home and brandished a gun, the release said. It was alleged McKinney pointed the weapon at the woman and threatened her before leaving the home with some property, police said. He then fled from the home through a door on the north side of the house.

McKinney's defense attorney Sean Riddell said after the verdict was given he had the opportunity to talk with two jurors and only one of them substantively. He said that juror pointed out that since the prosecutor didn't introduce the gun used in the crime or the purse in the case, he found the complaining witnesses no credible.

In particular, Riddell pointed out both William Comstock III and Ronnie Buck.

Comstock and Buck both pleaded guilty in October to aid and abet third-degree home invasion and aid and abet larceny from a person for their connection to the Nov. 8, 2018 incident.

Also as part of the agreement, both sides agreed to seek a sentence on the lower half of the guidelines and Comstock and Buck agreed to provide truthful testimony and conduct interviews with law enforcement against McKinney.

"For the time I have worked with Cecil (McKinney) he has consistently told me he was innocent and assisted me with his representation," Riddell said. "The whole time he helped develop his case and he let me know he was not involved in this."

Wexford County Prosecutor Jason Elmore said McKinney was one of three people charged in this incident. The case was thoroughly investigated by the Cadillac Police Department. From the investigation, Elmore said the victim was leasing a room to a young woman who stole methamphetamine from her. In retaliation, the woman took money from the younger woman who was renting from her, according to Elmore.

The younger woman told her uncle William Comstock about the theft and Elmore said he told Buck, McKinney, and one other person about what happened to his niece. He said Comstock and Buck accepted plea agreements to lesser charges in exchange for their truthful testimony.

"In these cases, law enforcement must rely on those involved as witnesses. That means that sometimes we are stuck with some difficult witnesses," Elmore said. "While there was evidence that all were involved with drugs, we cannot allow people to take matters into their own hands. We needed to allow a jury to decide the case."

Elmore said Comstock and Buck will be sentenced for their role in February. With McKinney cleared of wrongdoing by the jury, it is unknown if another person involved with the case is still out there. Shane Oxford was allegedly involved as well, according to Elmore. He was convicted and sentenced to prison last year for an unrelated crime that involved a near shootout with police on the west side of Cadillac, Elmore said.

Although McKinney was found not guilty of his part with the 2018 incident he was not released from custody. He was sentenced in December to between 46 months-20 years in prison for a guilty plea to possession of methamphetamine. He will now serve the remainder of that sentence.