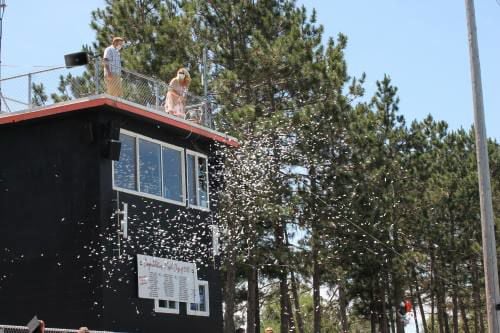 Confetti was shot after seniors were pronounced graduates. 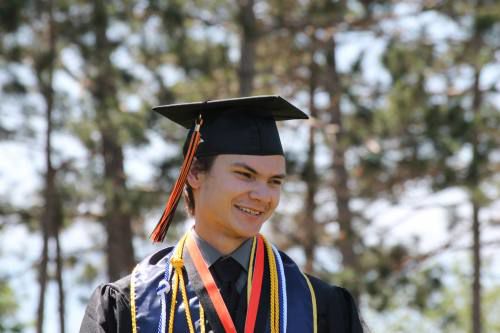 Tenzin McGregor will be studying nuclear operations in the US Naval Academy. 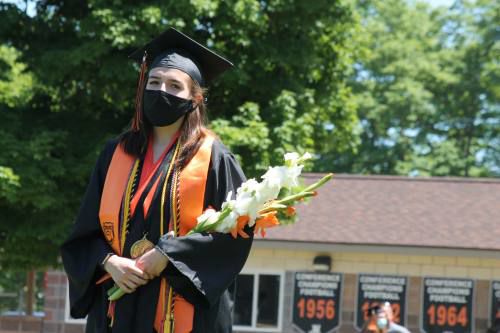 Seniors wore masks as they walked to their seats prior to the ceremony beginning. 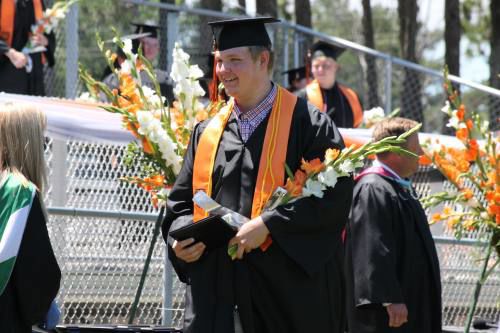 Confetti was shot after seniors were pronounced graduates.

Tenzin McGregor will be studying nuclear operations in the US Naval Academy.

Seniors wore masks as they walked to their seats prior to the ceremony beginning.

Seniors were scheduled to graduate last Friday, but weather caused a postponement of the ceremony, adding to the abnormal year.

On Sunday, 38 seniors experienced some normalcy as they received their diplomas in a traditional graduation ceremony at the Mesick High School football field.

Back in May, nobody knew if a traditional ceremony would happen for graduating seniors across the state. Many schools, including Mesick High School, had talks of a drive-thru or a virtual ceremony.

Class Salutatorian Stella Fiorini said she was happy to have a traditional ceremony.

“When schools closed in March, hopes weren’t high for a traditional graduation,‘ Fiorini said. “It means a lot more for us to be together rather than being in a car next to someone in a drive-thru ceremony.‘

She will be attending the University of Michigan in the fall with plans to study history.

“The entire class is highly motivated,‘ Morey said. “They are a great group of kids and I am excited to see what they accomplish.‘

The ceremony began with Fiorini giving a speech, where she thanked her peers and the community for allowing an in-person graduation to take place.

English teacher James McInerney gave the staff address, where he received a loud reaction from the students and crowd. He was chosen by the students to give the address.

McInerney has been a teacher in Mesick for almost 20 years, but said the Class of 2020 will hold a special place in his heart.

Kendall was reflective in her speech. She said she was proud of everybody for overcoming their own hardships in life.

Manley reflected on a memory from SAT day during his junior year. He said he thought that would be the most important day of his high school career.

“Looking back on that, I can’t help but laugh at myself because I had convinced myself that the most important thing about high school was getting into a good college,‘ Manley said. “This year has taught me that I care just as much about what I learned outside of our formal education as what I do for what we learned in the classroom.‘

Class Advisor Amy Lipke then spoke. She reflected on a story about her late cousin, a Mesick grad, that found his way in life. She told the Class of 2020 to do the same.

The presentation of diplomas followed.

Graduate Ethan Kline was thankful for the traditional graduation.

“Even though it wasn’t the full experience, it was nice to see everybody one last time,‘ he said.