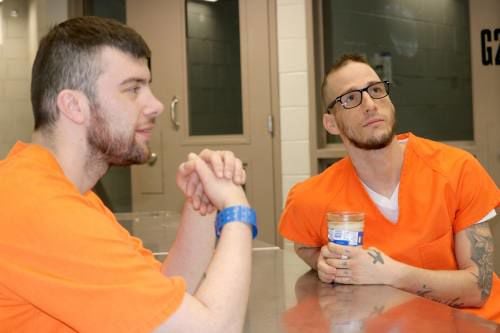 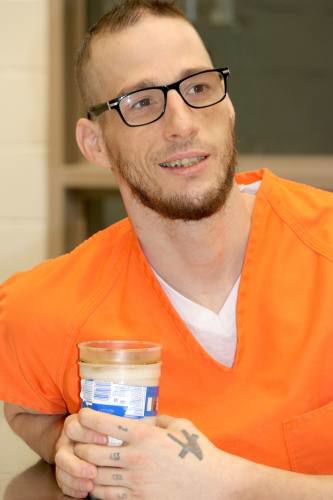 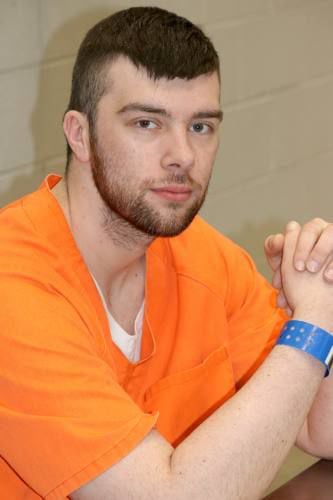 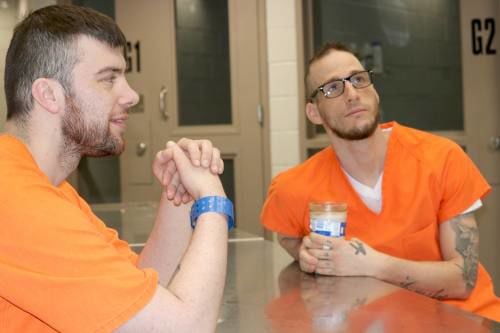 The 34-year-old immediately liked it.

Looking back on that day nearly 20 years ago, DuBoise was dressed in an orange Wexford County Jail jumpsuit. Earlier this month, DuBoise pleaded guilty to two separate motor vehicle offenses. While the charges he faced from the event didn’t include methamphetamine, DuBoise said most bad decisions he has made and every time he was locked up methamphetamine likely was a driving force.

He said after only using it once that he would have used the drug every day if he could have. The only reason DuBoise didn’t was he didn’t know where to get it.

Fast forward to 2020 and methamphetamine is not hard to find in the Cadillac area. For proof, all you have to do is look at either the district or circuit courts to see just how much of a stranglehold methamphetamine has on the area. Daily, residents like DuBoise are arraigned via video arraignment or led into the courtroom wearing shackles to face charges alleging connection to the drug or actions as a result of the drug.

Although DuBoise’s methamphetamine use started when he was a teen his addiction didn’t start until 2012 when he was driving trucks cross country. It was in California that he started chasing an unsustainable high. It was that chase that caused him to end up in jail, lose his family and contemplate death.

“It is not worth it. It’s the devil’s poison. It will ruin your life. It will make life so hard to where you wake up every day and ending your life sounds more like a solution than quitting drugs,‘ he said of the dangers of meth. “It is terrible.‘

DuBoise said his story likely isn’t unique. There are probably multiple people currently locked up who have tales of how they first used methamphetamine, continued to use and the devastating impact it had on them.

“I tried it in California in like 2011 or 2012 and it would soon be the undoing of me,‘ DuBoise said. “It is just like any other drug. For most people, the first time you get high you chase that trying to achieve it. Most of the time you never do and by that time you are hooked and you don’t realize what is happening.‘

After he was reintroduced to methamphetamine, DuBoise said he was using recreationally but soon he figured out he could drive a truck for 18 hours and he used it as a crutch. It was then that things got bad. DuBoise said the drug is “creatively deceptive‘ because the user or addict doesn’t know what is happening until they are too far gone.

He would spend two or three weeks on the road driving and for a while, he was able to hide that he was using methamphetamine. Although they didn’t know he was using at first, they could see the drug changing DuBoise’s attitude.

He said he would freak out on his wife on the phone and generally treat her poorly. He didn’t give his children the attention they deserved and when he finally was home all he wanted to do was drink and get high.

Jedidiah Huston has been fighting his addiction to methamphetamine for six years.

Huston said he was able to hold out for a week before the temptation was too great. He said that one friend’s invitation turned into multiple. He was hopeful that while he was locked up things would have improved but in his estimation, things are worse than when he started serving his sentence.

“I felt bad. I did. I knew what I was doing and I felt bad about it. I knew I would drop dirty (fail a drug test) for my (probation officer),‘ he said.

When Huston found himself in front of the judge for his probation violation, he said he told Judge William Fagerman he needed help. While he understands there needs to be consequences, there is seemingly no help for those struggling with methamphetamine addiction. This wasn’t the first time Huston pleaded with the judge.

In July, Huston told Fagerman he didn’t want to be on probation. He told the court there is no hope for him in Wexford County as the drug problem is so bad there is no escape.

“My biggest hurdle is the location. I don’t want to be in Cadillac. It has been my downfall,‘ he said. “I want to leave here.‘

Michigan State Police 1st Lt. Frank Keck is currently the Cadillac post commander but at one point in his career, he oversaw the special investigation division, which included the narcotics task force. When methamphetamine came to Michigan it was concentrated in the southeast corner of the state. Eventually, it made its way north up U.S. 131 and ended in Cadillac.

He said for years, one-pot labs were the biggest methamphetamine-related problem, but that didn’t last long. Once marijuana, both medical and recreational, became legalized the drug cartels were not making money off of marijuana so they switched their focus to heroin and methamphetamine.

“They are producing it at such a cheap price that it is cheaper to buy the drugs that are coming into the area than to make it yourself,‘ Keck said. “That way you don’t go through the hassle and the danger of making it through the one-pot method.‘

Keck said part of the problem with methamphetamine is that Cadillac has always had a problem. He said Cadillac had big issues with one-pot labs whereas other areas didn’t. He added where the one-pot method was prevalent, there also was the base of users so when crystal methamphetamine started to become prevalent, it only made sense the Cadillac area would struggle.

He said law enforcement and in particular, the Michigan State Police are focusing on trying to intercept the deliveries of meth into the area. He said when one pound of the drug is brought into the area it is a huge problem. While it doesn’t seem like a lot, less than 0.10 grams are used for a hit. With that in mind and the difficulty of finding a one-pound package of drugs that is not very big, Keck said the task is a daunting one.

Wexford County Sheriff Trent Taylor and Wexford County Jail Administrator Mike McDaniel both agree that meth is a huge problem in the area.

Taylor has been in law enforcement since March 1992 and the issue the area and community are faced with regarding methamphetamine is one of the biggest in his career.

“There has always been some type of drug use. Meth is readily available. It’s cheap. All the ingredients can be sourced right here in the United States. However, a majority of it is coming from Mexico,‘ he said. “The price has gone down and the availability has gone up. It is a highly addictive, central nervous system stimulant and people are getting hooked. Once they get hooked they can’t seem to get away from it.‘

What is known is the long-term effects of methamphetamine are frightening, Taylor said.

McDaniel said this issue of methamphetamine use is not just experienced in the community but also inside the jail.

He said at least one to two times a week, corrections officers and medical staff have to contend with an inmate dealing with withdrawals.

“It is a very violent withdraw. It is horrible to watch them go through it. The vomiting and all the things they are doing back there,‘ McDaniel said.

When it comes to what can be done to help, DuBoise said he is “pretty seasoned‘ when it comes to being in jail. It is not something he is proud of but it is what it is.

Not surprisingly, DuBoise believes the court system is broken and part of the problem of the methamphetamine epidemic can be attributed to it. He said simple incarceration is not having the desired effect. With a lack of treatment facilities locally, old habits die hard and there is a high rate of recidivism. He said programs need to be implemented inside the jail.

He also said currently it is a “revolving door system.‘

Ideally, DuBoise said inmates need a place to get sober, stay sober, help to find a job and a place to stay. For those who are users fighting addiction, he believes that help would be extremely beneficial. He also said while it might not work for every single addict who is locked up, it will help those who are trying to get well.

One program is trying to address the needs of the inmates who are addicted to methamphetamine and opiates.

The Medication-assisted Treatment or MAT program uses FDA-approved medications, in combination with counseling and behavioral therapies, to provide a “whole-patient‘ approach to the treatment of substance use disorders.

Taylor said inmates interested in the program have to inquire about it and then are screened by Catholic Human Services. If they are eligible, 30 days before release from jail they meet with a doctor and are given a Vivitrol shot that helps to curb the effects of meth and/or opiates.

With the program still in the infancy stages, McDaniel said it is too early to tell how effective this program is. So far, five people have received the injection. The program is funded through grant dollars and is a partnership between the sheriff’s office, Catholic Human Services, the Northern Michigan Regional Entity and Dr. James Whelan.

“Absolutely the jail should have a program like this. Just based on the population of the jail, I think it would be safe to say even without knowing the statistics off the top of my head that probably 60% of the population have used or currently using opiates or meth,‘ McDaniel said. “Currently, we have three inmates with withdrawal symptoms. It has to start here.‘