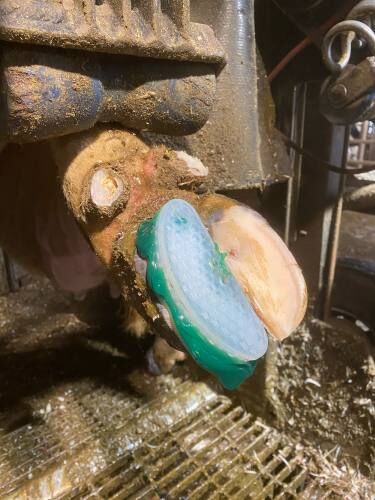 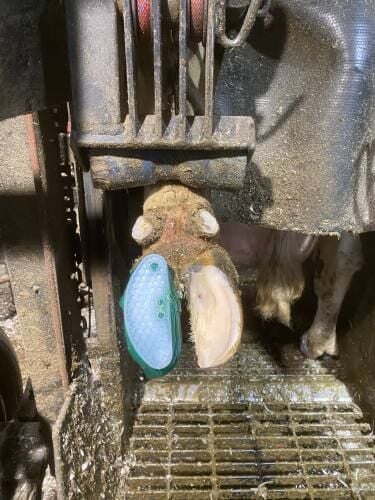 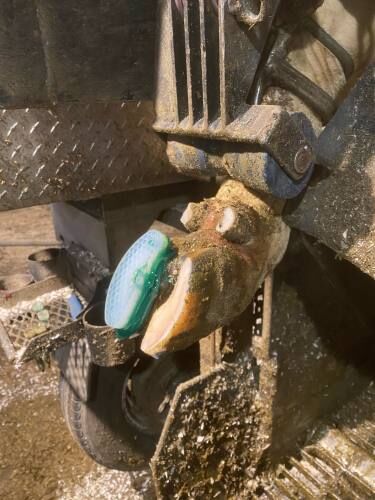 LAKE CITY — A company in Missaukee County that specializes in archery arrows recently unveiled a new product that promises to set a new standard for cattle hoof care.

The Bohning Company has been located in Missaukee County since its founding in 1946.

Holly Henrickson, director of international sales for Bohning, said the company’s original specialization was in producing adhesives and plastics for arrows, including the glue that attaches the broadhead tip to the arrow shaft, the synthetic feather at the opposite end, and other products.

“Northern Michigan is home to some of archery’s greatest legends, so the area was a natural fit for Rollin Bohning, a chemist and avid archer,‘ reads a description of the company’s history provided by Henrickson.

Over the years, they’ve expanded their product line into other industries, including most recently, the dairy industry: during the summer, Bohning created a new product — the Bohning Block.

“Bohning’s hoof block is essential in the treatment of lameness in dairy cows, and it solves durability and adhesion problems found in older types of blocks,‘ reads a Bohning press release. “The Bohning Block is designed, tested, and manufactured entirely at the Bohning facility in Lake City.‘

Bohning design engineer Bob Potter said the idea behind the hoof block was introduced by a customer service representative. He said they immediately jumped at the idea of developing a product for the agricultural industry.

“It was a fun project to work on,‘ said Potter, who worked closely with farmers and hoof trimmers in the area to get a better understanding of the limitations of existing hoof block products. “It was a cool community project.‘

Potter said they were able to take their expertise in adhesives and urethane and apply it to a new product in an entirely different industry. Being a small company, Potter said they were uniquely positioned to begin working on the product quickly without the red tape that may have stalled such a project for a larger corporation.

Nate Koetje, owner of MI Hoof Care, is Potter’s cousin and one of the hoof trimmers Bohning consulted.

Koetje said he trims hooves on several dairy farms in Missaukee and Osceola counties, including four operations with average cattle herds ranging from 1,500 to 2,000 cows.

His job is to balance the two claws on a cattle’s hoof so that it can walk without discomfort. Comfortable cows eat better, are happier and generally produce more milk, he said.

“Farmers have their cows balanced twice, sometimes three times a year,‘ Koetje said. “It leads to higher production and just makes things easier for everyone.‘

Occasionally, a cow will develop a painful abscess or blister on one of its claws. In order to allow the injury to heal, trimmers and farmers put hoof blocks on the cow to take pressure off the area.

Koetje said existing blocks have a number of deficiencies, including their tendency to fall off the hoof, owing partly to an oily residue that remains on the product from the production process.

Koetje said he would have to burn the oil off the block with an open flame before applying it to the hoof, and even after doing that, they still didn’t stick very well. When blocks fall off a cow, they have to be reapplied, which costs time and money.

Potter said through a months-long process of trying out a variety of different materials, additives and shapes over a range of temperatures and conditions, they were able to create a product without oily residue that remains in place indefinitely, or at least until the injury heals and it can be removed.

“We don’t find that any are falling off,‘ Potter said.

Koetje said in his opinion, the Bohning blocks are second to none.