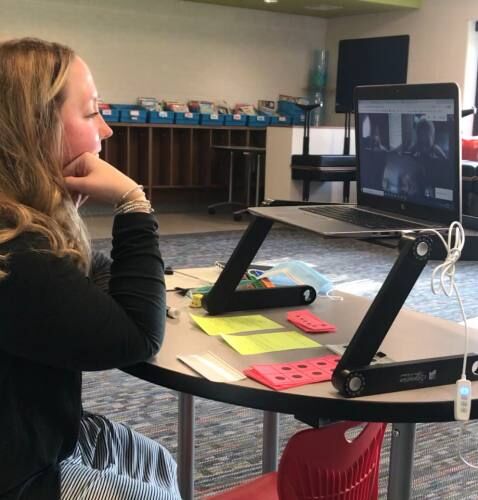 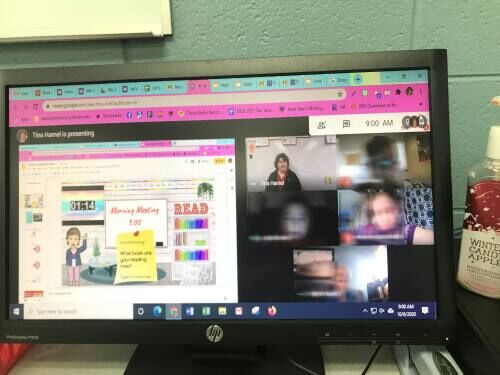 CADILLAC — More students are missing or truant this year as a result of disruptions caused by the COVID-19 pandemic and complications of virtual schooling.

Lake City Area Schools Superintendent Kim Blaszak said there were quite a few more missing students at the start of this school year than there typically are during a normal year.

Blaszak said efforts to locate missing students were stifled by a number of complicating factors, including the distance some kids moved from the area since spring, delays in getting records about student enrollments from other schools, and family decisions to homeschool their kids or simply take the year off because of concerns about COVID-19.

"We had to do a lot of work finding them," Blaszak said.

Shelly Marcusse, truancy prevention worker for the Wexford-Missaukee Intermediate School District, said not only did she receive a higher number of referrals than usual this spring regarding missing students, but resolving the cases has been much more time consuming.

"This year we are seeing families in transition due to loss of job, loss of housing, hardship, etc.," Marcusse said. "I see some families who are just trying to survive, living in campers, tents, barns, or doubled up living with other family members or friends."

What makes it especially hard for Marcusse to locate students is when they move to southern parts of the country, where the network that keeps track of kids is different from the one that operates in this region.

Out of those 23 students, Marcusse has been able to locate 21. Of the remaining two, she believes one has moved out of state, and one is still unaccounted for.

Marcusse has learned over the years to approach individuals with knowledge about a missing student's whereabouts with a soft touch.

For instance, Marcusse is aware of a couple of "flop houses" in the Cadillac area, where teenage runaways are known to stay while they "figure things out."

One of the things she does to get people inside those houses to come out and talk to her is buy a pizza and sit down with it on the porch; inevitably, hungry occupants will venture out for some food.

Other things she does are even more subtle, such as taking her mask off when entering certain neighborhoods, as wearing one can elicit strong reactions in some people and may be intimidating to others.

Establishing a relationship with the students and families of students who aren't attending school is important to figuring out how to get them back into the classroom, Marcusse said. She tries very hard not to involve police or the courts, if at all possible.

"The cases that go through the court system are not a true reflection of all the cases we have," Marcusse said. "If it gets to that point (the courts), I feel like I've exhausted all my resources."

Even during a year like this, when many routines have been broken as a result of the coronavirus, Marcusse said "sitting out a semester, taking the year off, or starting school late to see 'what happens,' is not an option."

For one thing, some students rely on the school to fulfill basic needs such as food, emotional support, and even clothing. Furthermore, Marcusse said students who aren't attending school may be more apt to engage in risky behaviors or become the victims of abuse, including human trafficking.

Another problem that appears to be growing in magnitude as the school year progresses is the number of virtual learning students who aren't checking in on a regular basis or completing their work.

ISD Superintendent Dave Cox said he thinks some students had the mistaken impression that enrolling in virtual studies would enable them to essentially blow off their studies and stay home all year.

With daily monitoring and check-ins required as part of virtual learning, however, Cox said attending class from home isn't a walk in the park, and for some people, it requires quite a bit more discipline and focus than attending in person.

Part of that discipline also falls on the parents, who have to play a more active role in their child's education if they're doing their studies online.

"It takes a great deal of routine, regulation and accountability for the child and the parents," Marcusse said.

Teachers also have had to make big adjustments.

Cox said instructing in-person pupils and making sure those attending virtually are staying on track with their studies has created a substantial burden for teachers.

"They're under a lot of pressure and stress to take care of both types of students," Cox said.

Mesick Consolidated Schools Superintendent Scott Akom said that the handful of students who aren't doing their work from home are very difficult to deal with for teachers and administrators.

"It puts a ton of stress on them," Akom said. "They're held accountable for the students being successful. This whole virtual thing has been a very tough adjustment."

Many teachers are having to work extra hours during their class prep time, when they're at home, and during the weekends in an attempt to get virtual kids up to date on their studies, Akom said.

Unlike many of the students who were missing from class due to situations involving their living arrangements or a family move, Marcusse said those who are chronically truant from their virtual studies tend to be those who don't respect authority or value their education in general; oftentimes the same kids cause trouble in the classroom.

Akom said when a student enrolled in virtual learning isn't doing their work, they reach out to their family or in some cases, actually visit the home.

Most of the time, Akom said parents are unaware that the student isn't engaged in their coursework, and that their computer has been sitting idle most of the day (something they can track at the school and show the parents).

With the amount of work required to keep track of online students, which comprise 10-15% of the student population at Mesick, Akom said it would be very helpful to have a little extra funding from the state to hire a staff member dedicated to administering the virtual learning program.

Cox said his hope is that getting the word out there that the schools are running into challenges with truancy and missing students will motivate people to contact them if they see something that seems out of place, such as a young person not in school during school hours.

"If anyone is aware of any child not receiving an education or who has a question about truancy, they should call us," Cox said. "It takes a community to raise a child. The less school is a part of a child's life, the more the penal system comes into play. It's a brutal reality."

"We need parents to be advocates for their children's education," Marcusse concluded.

Anyone who believes they might have seen a student not attending class or doing their work can call the ISD at (231) 876-2267.