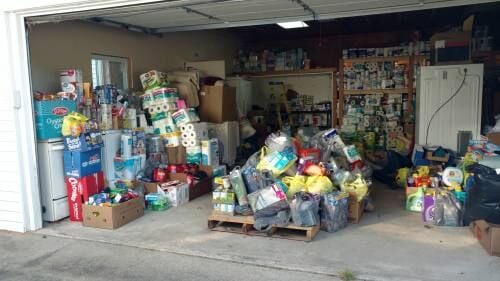 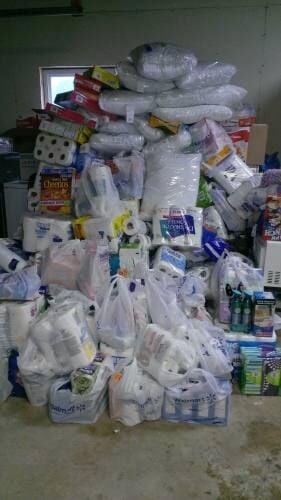 CADILLAC — New Hope Center will be asking the community to help them stock their shelves with food and consumer goods this Friday and Saturday.

New Hope Center is a homeless shelter based in Cadillac that serves men, women and families throughout Northern Michigan.

In order to gather a variety of products to support their operations over the next year, New Hope Center volunteers will be stationed at Save-A-Lot and Family Fare in Cadillac, as well as Roger's of Lake City this Friday and Saturday from 9 a.m. to 5 p.m.

Center executive director Chris Crawley said the volunteers will hand out flyers to shoppers walking into the stores with a list of items they need.

If they agree to help, a shopper going into the store then buys as many items as they wish. When they leave, they hand the items to the volunteers to fill up a vehicle they have parked on location, Crawley said. Sometimes people forget to buy something and just donate money on their way out.

Crawley said they're typically able to collect enough paper products, cereal, canned foods, and other non-perishable items to last until the next drive, and get a good start on laundry detergent and dish soap.

"It’s a needed event for New Hope Center," said Crawley, who added that they went through their paper products more quickly this year as a result of having expanded hours of operation during the three months the state was on lockdown, although donations from a couple of local churches allowed them to keep additional purchases to a minimum.

Once the items are brought back to the women’s shelter, they will be separated and stored in the center's basement on shelves until such time they are needed.

New Hope Center is in process of consolidating their men's, women's and family shelters into a single building under construction now near the Wexford County Jail.

While the center announced in late August that concrete work on the new facility was finished, Crawley said they're about three weeks behind schedule due to a shortage of materials. He said they hope to start putting up the building's walls sometime this week, which will enable them to do work inside the structure during the wintertime.

In order to reduce costs associated with facility construction, New Hope Center has been relying on volunteers to help with things such as moving and sorting through materials.

Crawley said their next big volunteer day will be Oct. 24, during which they're hoping to gather around 60 volunteers.

New Hope Shelter posts event notices on their Facebook page. Volunteers can sign up through these notices or send an email to director@newhopecadillac.org.