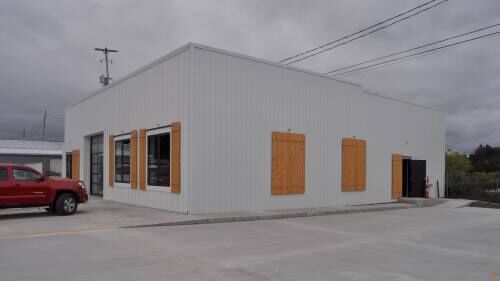 Pictured is the Cadillac-Brews Coffee House, located at the site of the former Better Bodies Health and Fitness Center at 412 S. Mitchell St. 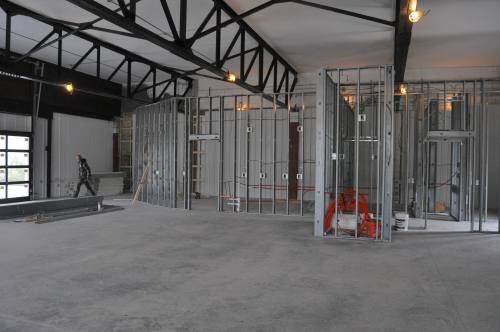 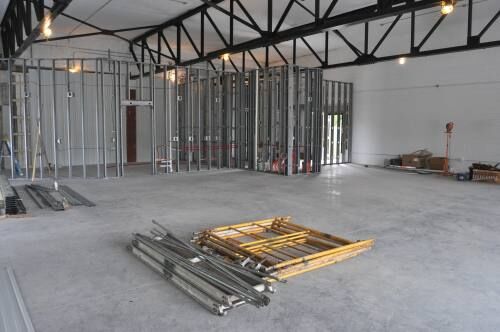 Pictured is the Cadillac-Brews Coffee House, located at the site of the former Better Bodies Health and Fitness Center at 412 S. Mitchell St.

CADILLAC — Construction crews are in the process of putting the finishing touches on a new business in Cadillac dubbed the Cadillac-Brews Coffee House.

Several years in the making, Cadillac-Brews is located at the site of the Old Better Bodies Health and Fitness Center at 412 S. Mitchell St.

Developer Robb Munger purchased the condemned Better Bodies building in 2017 and since that time has been jumping through a myriad of paperwork and logistical hoops to get the project off the ground.

All told, Munger said he’s invested around $500,000 on the project, which began in earnest last year with demolition work on a large section of the old building.

Throughout the construction process, Munger said they’ve had to deal with 2-7-week material delays due to shortages caused by factories closing down earlier this year.

While it’s been slow-going, Munger said work has progressed steadily through 2020 and now all that’s remaining to be done is installation of cargo containers at the site, paving the driveway, installing the walk-in cooler and other appliances, finalizing the electrical system, and hooking up plumbing supply lines, along with tying up other loose ends.

Munger has been in the process of obtaining a brewery license in order for them to produce their own beer on site but he said he’ll likely try to get a commercial license first due to complications caused by the COVID-19 pandemic.

He said if he goes ahead with his plans for making craft beer, he would have to buy all the equipment and hire a brew master full-time to take care of it. In the event the state shuts businesses down again following a spike in COVID-19 cases, Munger said that employee might be put in the awkward position of only having part-time hours at a time they could be collecting unemployment. With the commercial license, he said they’ll still be able to sell beer and liquor but wouldn’t have to worry about maintaining expensive equipment.

Tentatively, Munger said he’d like to be open by Nov. 1, although that is contingent on everything going smoothly in the next several weeks.

The plan is to eventually sell food and beverages out of the cargo containers, which are scheduled to be shipped to the site this week, although for the time being, Munger said they’ll use the containers for storage.

Munger said his plan is to rent out the main structure as a gathering place for various types of events, including weddings.

With heated floors replacing loud furnace blowers, Munger said the venue will be “modern and unique,‘ with enough space to accommodate 99 patrons at a time.

There will be at least one full-time employee operating the main store and managing a crew of around nine part-time employees, Munger said.

In addition to a selection of alcoholic beverages, coffee and tropical smoothies, the store will offer some light food options such as pita wedges, dips, sandwiches, pulled pork and wraps.