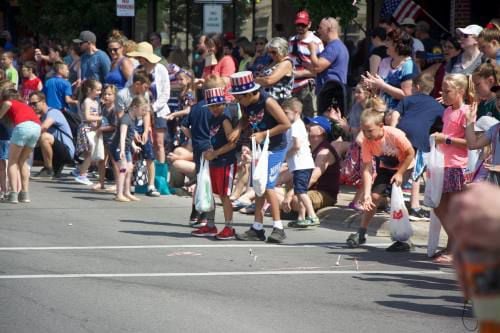 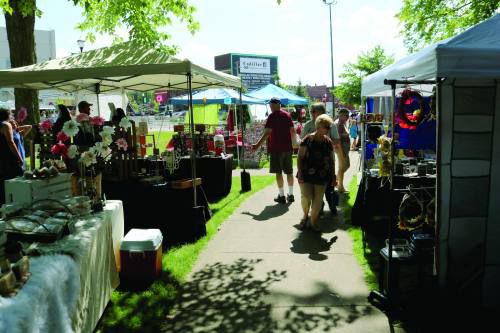 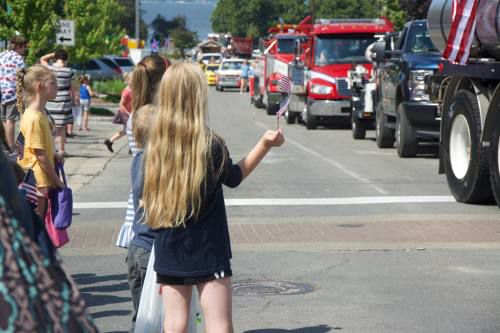 CADILLAC — Judging from the feedback he's received so far, Derek Anderson believes that not only is there enough support in the community to hold the Cadillac Freedom Festival, but given that most other summer festivals have been cancelled, it may be even more important this year that the event happens.

Anderson — who is one of the two main organizers of the annual Independence Day celebration — said they recently made a post on social media that announced their intention to go ahead with the festival if at all possible. Within hours of the post being made, Anderson said it had spread to thousands of people; as of Monday, Anderson said around 26,000 people had seen it.

Subsequently, Anderson said they made a post asking for donations to help pay for the fireworks and a day later, a number of donors already had contributed about $600 to the event. And it wasn't just individual donors who stepped up: several vendors and other businesses contacted him and offered to donate a portion of their revenues back to the festival.

"It was unbelievable," Anderson said. "The community wants, needs this to happen. They want to help us make this happen."

Anderson said that considering it's a Fourth of July celebration, he thinks it's even more imperative that it be held at a time when so many personal liberties and freedoms are being curtailed to control the spread of the coronavirus.

Of course, whether or not they'll be able to hold the event isn't something they alone can decide; Anderson said they'll still need approval from the state in order to host a large public gathering such as the Freedom Festival — something that may or may not happen.

"We don't know what the situation will look like," Anderson said.

If they are able to hold the festival, Anderson said it will look a little different this year.

Due to complications surrounding booking, insurance costs, and other factors, several events held in past years of the festival likely won't happen, including carnival rides (although they still plan to have inflatables), beer and wine tasting and the BBQ rib contest.

Depending on how things stack up, Anderson said they may end up holding the event over the course of two days instead of three.

There should be food vendors at the festival but Anderson said even this aspect of the event is in question, since there are a number of professional vendors that travel from city to city during the summer months that may not be able to attend this year.

At this point, Anderson said they're still tentatively planning to hold the Thunder on the Lakeshore motorcycle show, kids movie at the Rotary Performing Arts Pavilion, Fire on Water tribute to veterans, 5K run, flea market, parade through downtown and fireworks to cap it all off. Anderson said they've also booked two bands to perform during the festival — 44 North and Dc True.

During a typical year, Anderson said they would have started their fundraising efforts several weeks ago but due to the disruptions caused by COVID-19, they're getting a late start, which means they need to raise around $10,000 between now and July.

Anderson said donations are even more important this year because they won't be able to make any advertising promises to sponsors, since they're not sure if the state will allow the event to happen.

If for some reason they're unable to hold the event in July, Anderson said the money they collect may go to next year's festival or they may decide to shoot off fireworks later in the year, perhaps to complement Christmas-time festivities going on in the city.

They've set up a PayPal account to collect donations toward the festival. To donate through the PayPal account, go to cadillacfreedomfestival.com. Donations can also be mailed to the Cadillac Freedom Festival, PO Box 853, Cadillac, MI, 49601.

• Noon to 1 p.m. — Irish Dancers at the Rotary Pavilion

Note: Cold beverages will be served at the Beer Tent from 5 to 10 p.m.

• 11 a.m. to noon — Community Church Service at the Rotary Pavilion

Note: Cold beverages will be served at the Beer Tent from 5 to 10 p.m.