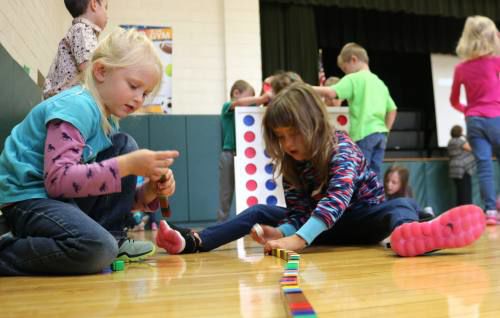 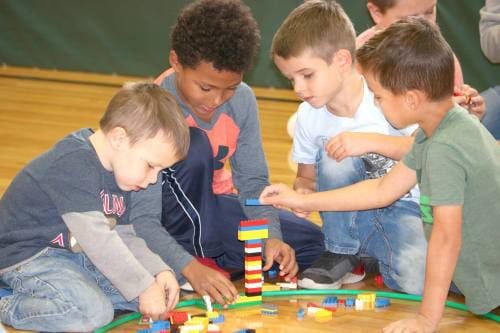 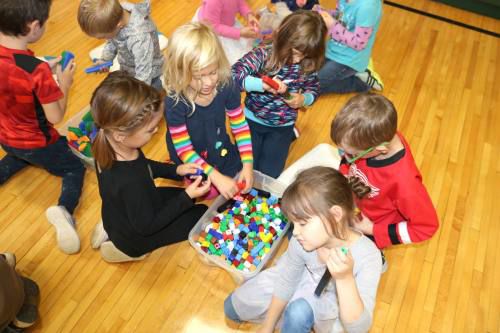 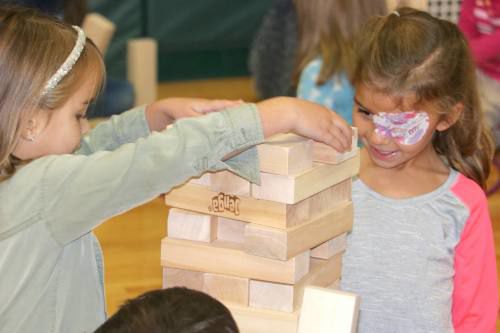 LEROY — Learning team-building skills is something Pine River Area Elementary students will be engaged in during the school year as part of a new program.

They will learn the importance of teamwork through classroom work as well as during special events known as WOW. On Friday, students participated in the first WOW event of the school year that included building the tallest tower, bridge building and creating a pattern block loop.

Music teacher Tiyi Schippers said the idea for the WOW event was to get them to work with other students both from their class and other classes in the same grade to participate in team-building exercises and working toward a common goal.

“They don’t really know how (to team build) so the more opportunities they have to work together on things the more they know how,‘ she said. “They realize that their one person is part of a whole, which is an important concept when growing community. (Growing community) is one of the socialization things we like to do at school.‘

Schippers said the idea for the WOW events started last year. They held three during the 2018-19 school year and the idea is to hold more this year. Each one has a different theme and students will not complete the same team-building tasks at future WOW events. She joked that they tried to come up with a clever acronym for WOW but “failed miserably.‘ There is no meaning behind it other than she hopes the kids will say, “Wow, this is fun.‘

Pine River Area Elementary Principal Heidi Hayes said there is a need for students to be able to work in teams and get along with their classmates. Those types of social skills are not always learned when students do independent work in the classrooms.

The elementary students also get the opportunity to work with older students in either middle school or high school. On Friday members of the National Junior Honor Society came to the elementary to help run the WOW event. It also tries to incorporate the district’s positive behavior program as well as its “Be a B.U.C.K.‘ program which means Brave, Understanding, Committed and Kind.

“At Pine River, we strive to have mentors and to have older kids come and be role models for these (elementary) kids,‘ Hayes said.