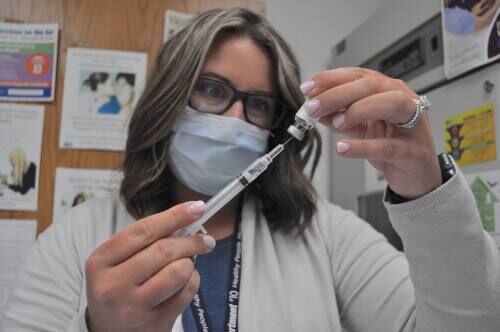 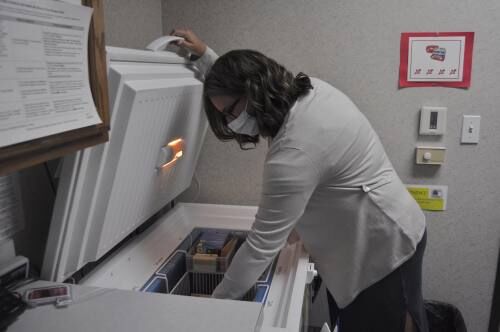 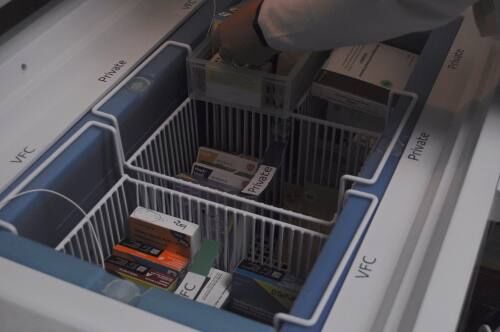 CADILLAC — People have enough things to worry about right now; there's no reason completely avoidable childhood diseases have to be yet another concern.

State and local public health authorities are urging parents to catch their children up on immunizations following weeks of canceled appointments due to disruptions caused by COVID-19.

In May, a study was published by the Centers for Disease Control and Prevention showing how COVID-19 has had a negative impact on routine vaccinations in Michigan. According to the data, the percentage of 5-month-olds in Michigan who were fully up to date on all recommended vaccines decreased from about two-thirds during 2016-2019 to less than half in May 2020.

In addition, only 53.1% of Michigan children 19 months through 35 months of age were fully immunized with recommended vaccines.

“It is concerning that so many children are behind on their vaccinations and susceptible to preventable diseases,‘ said Dr. Joneigh Khaldun, chief medical executive and chief deputy for health at the Michigan Department of Health and Human Services. "Vaccines are essential. It is important for caregivers to contact their health care provider to get children caught up on needed vaccines.‘

Bethanie Dean, immunization coordinator for District Health Department No. 10, which covers Wexford and Missaukee counties, said this area has experienced a similar decline in immunizations as reported by MDHHS on a statewide level but she said they don't yet have exact figures.

Dean said given the uncertainties surrounding the coronavirus and its effect on children, making sure kids are immunized against diseases such as whooping cough, measles, mumps and rubella is even more crucial right now.

Flu immunizations also dropped toward the end of the season as a result of the disruptions, and with a second round of coronavirus infections expected later this year, Dean said it's all the more important that kids receive their flu vaccination in the fall.

According to the CDC, ensuring immunization services are maintained or reinitiated is essential for protecting individuals and communities from vaccine-preventable diseases and outbreaks, and reducing the burden of respiratory illness during the upcoming influenza season.

“It will ... be vital for everyone ages 6 months and older to get their flu vaccine this fall,‘ said Khaldun. “The influenza vaccine will help keep Michiganders out of the hospital for flu-related illnesses, saving lives and protecting our hospital capacity during the COVID-19 pandemic.‘

While many kids are behind on their immunizations right now, Dean said there are promising reports that appointments have been on the uptick as families trickle in to now-opened health care facilities to bring their kids up to date.

Vaccination rates among toddlers in Michigan were at their highest in 2017, but have been declining for two years straight, which is cause for concern according to a new report from the Michigan League for Public Policy and Data Driven Detroit.

According to the CDC, as rates have dipped even further during the COVID-19 pandemic, the risk for the spread of other contagious, communicable diseases has increased.

The report, “Childhood Vaccines in Michigan,‘ analyzes data over time, with interactive maps that track immunization data for each county in Michigan going back to 2008. While overall rates are up statewide from 2008, the decline over the last few years is a concern. Looking at county data, a number of counties have had their vaccination rates plateau or even dip in the past few years.

By 2019, declining vaccination rates nationally led to the greatest number of measles cases in the U.S. since 1992. In Michigan, children as young as 8 months old were affected by the outbreak.

“Dips like this are concerning because vaccines are about public health,‘ said Kelsey Perdue, Kids Count in Michigan Project Director. “Herd immunity protects everyone from contagious diseases — but the exact rate of immunity to protect a population varies depending on the disease, so any dip in vaccination rates is a threat. Last year’s measles outbreak prompted us to look more closely at the data to find patterns.‘

“But we need to continue to move the needle on this, pun intended,‘ Perdue added. “We know, for example, that paid family leave policies give parents time to take their kids to multiple appointments without losing income. And paid leave is a proven solution for a lot of the problems facing families and kids, so we’d love to see Michigan push for more workplace policies like this.‘

Michigan’s kindergartners have a vaccination exemption rate almost double the national estimate, at 4.5% (national is 2.5%). Part of the reason for this high exemption rate may be the spread of misinformation related to vaccines.

The report points to a 2019 Gallup poll that shows 46% of Americans are unsure whether autism and vaccinations are linked, and 10% said vaccines cause autism.