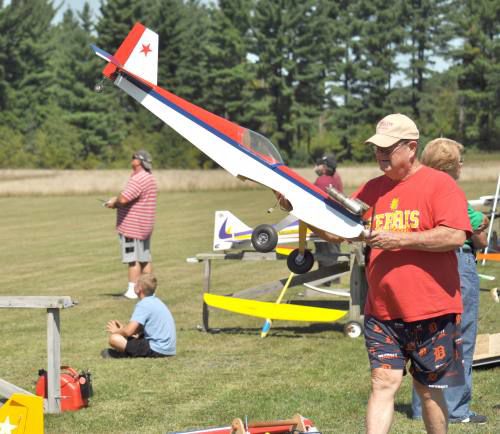 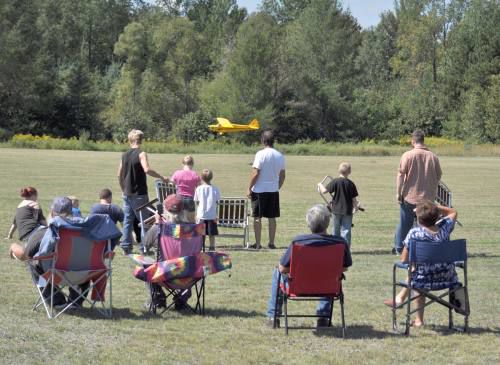 TUSTIN — Helicopters and jets and drones, oh my.

On Sunday, Sept. 1, the Cadillac Area Modelers Society will be holding their annual radio-controlled air show in Tustin.

The club has been hosting the air show for more than five decades, during which the majority of models have been planes and helicopters.

“Air travel has been an appeal and an attraction to people since the Wright Brothers,‘ said club founding member Robert Light. “Model aircraft represent every kind of aircraft that has ever been produced.‘

Model planes have undergone a revolution, he said, as the technology has improved with the advent of drones with advanced controls and monitoring viewed on a smartphone or through goggles.

On Sunday, Danford said radio-controlled aircraft enthusiasts from around the area — including Traverse City, Benzie, Gladwin, Cedar Springs and Detroit — will be present to show off their machines.

He expects there will be replica military planes, possibly a jet, helicopters and drones, powered by electric, nitro and gasoline motors.

Last year, the club announced they had built a new runway at the Cadillac Wexford Airport but Danford said ensuing conflict with local airspace prompted them to abandon the field.

They currently host all their practice days and events at their old field, located at 584 South Neilson St., in Tustin.

There is no charge to attend the event on Sept. 1, but they will be accepting donations to help fund club activities. Those who attend are also advised to bring their own lunch, as they won't be serving any food.

Danford said the club meets every Monday and Wednesday from 5 p.m. to dark at the field in Tustin. Anyone interested in learning more about the club can check out their Facebook page.