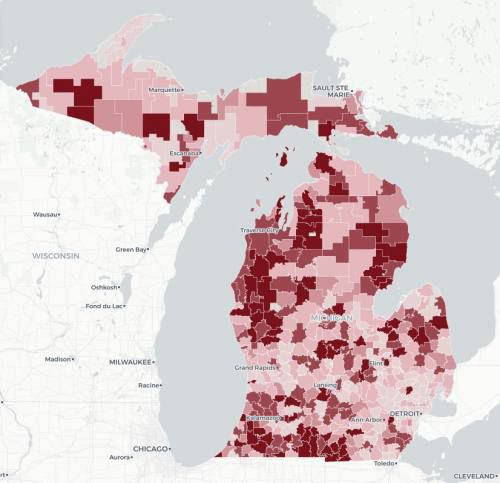 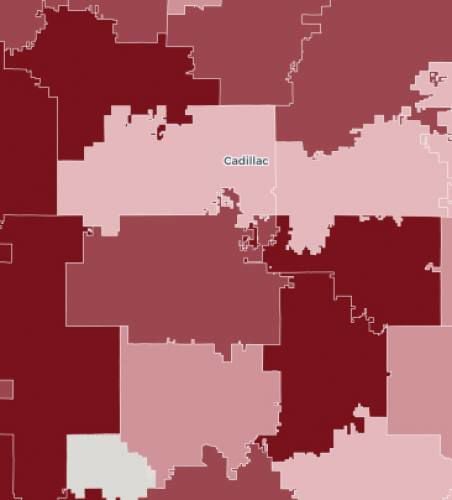 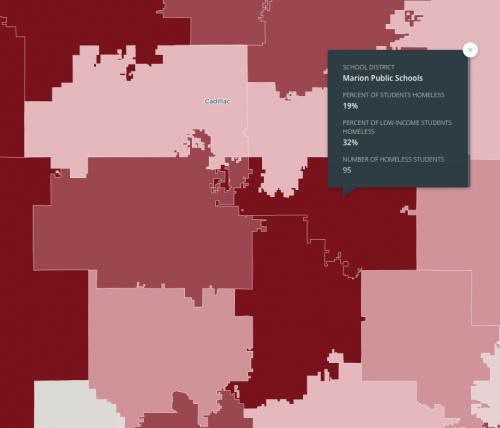 CADILLAC — The little boy was falling asleep in class, unusual for him.

His family had lost their home and were bunking with relatives. He was sharing a room with a teen sibling, who kept later hours, as teenagers do.

And the boy was sleeping on the floor, using a pair of rolled-up jeans as a pillow.

It's an old story from a number of years ago, said Karen Roy, director of Special Projects for Mecosta-Osceola Intermediate School District. Roy is the McKinney-Vento coordinator for Wexford and Missaukee counties, as well as several other counties.

The McKinney-Vento Act was a federal law that provides protections to homeless kids.

She was able to get the boy a pillow. As luck would have it, a local group had recently donated pillows for homeless kids. The boy asked if his younger sister could have one, too.

The story demonstrates how homelessness can affect student success.

If you're falling asleep in class because you don't have a permanent place to sleep at night, it's hard to succeed.

And the story might be old, but Michigan students are not strangers to homelessness today.

More than 36,000 students in Michigan are homeless or have unstable living arrangements, according to Poverty Solutions at the University of Michigan. The state ranks sixth in terms of homelessness, even as it ranks 10th in terms of student numbers.

Poverty Solutions researchers have just released an interactive map that illustrates student homelessness by school district. They also released a policy brief based on the analysis of Jennifer Erb-Downward, a senior research associate with U-M’s Poverty Solutions initiative, and another researcher.

Erb-Downward's analysis used data released by the Michigan Department of Education for the 2015-2016 academic year.

The map shows Marion, Mesick, and Evart had some of the area's highest percentages of homeless students. That data comes from the National Center for Education Statistics and the U.S. Department of Education for the same school year.

Marion Public Schools was the worst off of 10 schools for which the Cadillac News checked statistics on the map (Buckley, Cadillac, Evart, Marion, Manton, McBain, Mesick, Lake City, Pine River and Reed City).

"That is staggering, that is completely staggering," Erb-Downward told the Cadillac News. The numbers mean that one in every five students at Marion "are struggling with so much more than what they need to accomplish in class."

For purposes of complying with McKinney-Vento, schools determine who is homeless using different standards than homeless housing programs because they "want to capture reality," said Roy, who coordinates a $48,000 grant for five counties, including Wexford, Missaukee and Osceola.

That can mean homelessness looks different in Northern Michigan than it does, for example, in Hawaii. A student that lives in a hunting cabin with no heat or running water, for example, would count as homeless.

In rural Northern Michigan, many homeless families are "doubling up," meaning one family has gone to live with another after losing housing.

That's often because of evictions, said Becky Howe, the dean of students and the homeless liaison at McBain Rural Agricultural Schools, which has one of the lower percentages of homeless students in the area, at two percent. Sometimes families double-up after a provider is incarcerated.

"The district will often provide transportation for students, clothes, including clothing and shoes necessary to participate in physical education classes or after school athletics, personal school supplies, hygiene items, anything and everything that we can to help our students," Akom said in an email.

Transportation is key. It's expensive in rural areas, where public transit can be hard to come by, and drivers shell out more money for gas to travel farther distances.

Schools do what they can to keep homeless students from changing districts in the middle of the year.

Students who change districts lose four to six months of academic progress every time they move, according to national statistics, Roy told the Cadillac News.

The goal is to keep kids in one school for the whole academic year.

“We have to assume that staying in that school of origin is in their best interest," Roy said.

For high school students, changing school districts can be a barrier to graduation because of different requirements, leading to higher drop-out rates for homeless teens, Erb-Downward said.

One in five homeless seniors in the class of 2017 dropped out of high school, Erb-Downward said.

"Those gaps, as large as they are, are likely underestimates," Erb-Downward said.

And until now, researchers haven't been able to get the data.

This is the first time "homeless students as a specific group is something you can really look at," she said.

This academic year, schools will be tracking and reporting the link between homelessness and student achievement.

If a student doesn't have basic needs like secure and reliable shelter, "Holy cow, it's really hard to learn algebra."