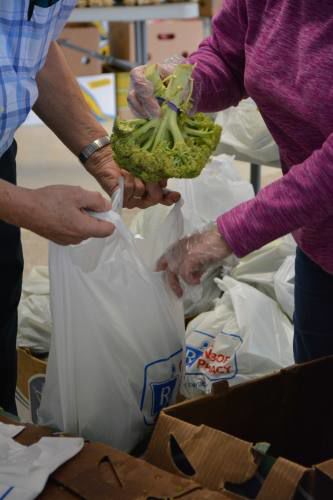 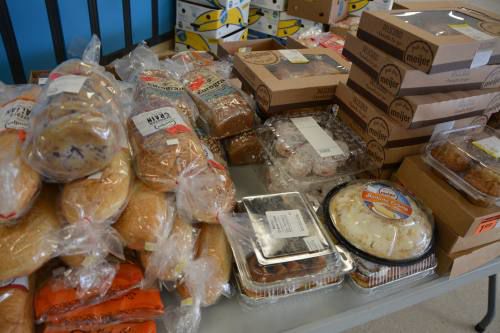 CADILLAC — While donations to food banks rise during the holidays, local pantries are noticing a lull in volunteer numbers.

In a recent state ranking by Corporations for National and Community Service, Michigan was ranked at 26 out of the 50 states with only a 26.64% volunteer rate in 2015. The lowest ranking state was Louisiana at an 18.43% volunteer rate and the highest was Utah with a 43.23% volunteer rate.

And for some of the rural food banks, they are feeling that low participation rate, especially during the holidays.

In Reed City, food pantry Director Nedra Ball said she loses many of her consistent volunteers during the winter months because the majority go south.

“A lot of my volunteer base are snowbirds. They go south for the winter and I do not have the community interest to fill those spots,‘ she said.

With this being the local pantries’ busiest time of the year, Ball said there is a lot that needs to be done and volunteers always make that easier.

“I am here a lot more during the holidays,‘ she said. “It is our busiest time of the year and we just don’t have the manpower to do it all.‘

Though the Reed City Food Pantry struggles to find volunteers for the winter, the Sears Food Pantry is struggling year-round to find new volunteers.

For many people, it comes down to a difference in donating food or money and donating time, Phillips said.

“People are tied up with their own lives and there just isn’t enough time to volunteer,‘ he said.

However, as a volunteer himself, Phillip’s said he understands there is a time commitment to volunteering that many just do not have.

“Before I retired, I didn’t have any interest in volunteering or the time it took up,‘ he said. “I understand that it is a time-consuming thing, especially if you are on the board. But, being retired now, I have the time to do it.‘

But, Philips said there is an uptick in donations during the holidays because time is not something everyone has.

“It does not come from a place of not caring,‘ he said. “People have busy lives this time of year, kids are coming in or they are leaving town and I can relate to that. Those who don’t have the time are the first to donate.‘

According to a 2019 report from WalletHub, Michigan was ranked 15 out of 50 for the amount of donated funds.

But whether someone has the time or not, Ball said volunteering is a key and important factor for many of the food banks in the area.

“We need food. We need money. Without those, we can’t open. But without volunteers, we cannot open either. Someone has to be here to open and close and make sure people have what they need.‘

The Cadillac News also reached out to the Kings Storehouse in Cadillac and the Marion Food Pantry with no response prior to publication.