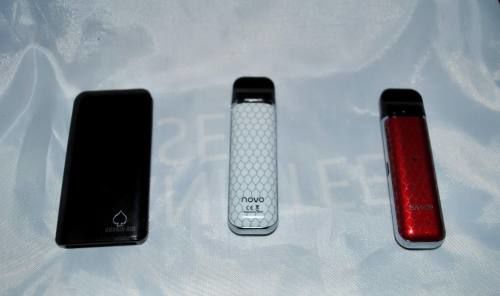 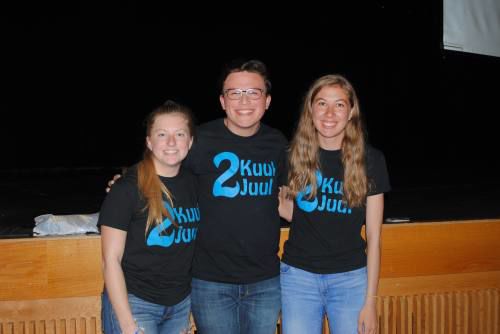 Manistee High School students Megan Huber, Ryan Biller and Morgan Ju presented on the dangers of vaping at the Cadillac Junior High School on May 31, 2019. 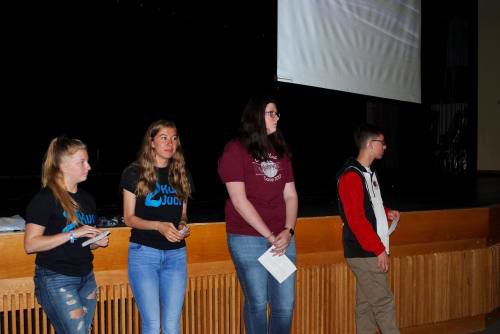 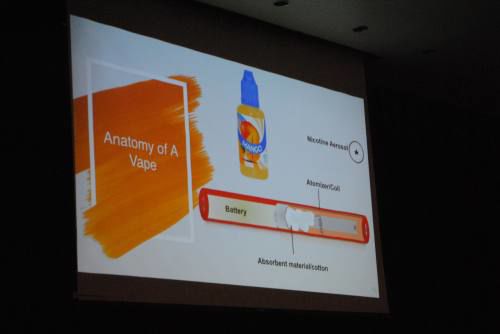 A slide from a Manistee High School students\' presentation on the dangers of vaping at Cadillac Junior High School on May 31, 2019. 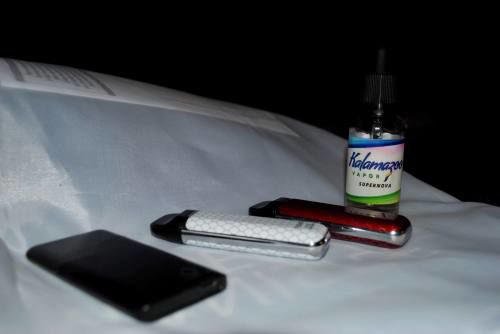 Manistee High School students Megan Huber, Ryan Biller and Morgan Ju presented on the dangers of vaping at the Cadillac Junior High School on May 31, 2019.

A slide from a Manistee High School students\' presentation on the dangers of vaping at Cadillac Junior High School on May 31, 2019.

CADILLAC — If Cadillac High School students were asked how much they thought other students were vaping compared to using other substances, vaping “would blow the others out of the water,‘ said senior Spencer Richardson.

They were invited to the school by the Cadillac Area Community Foundation Youth Advisory Committee, which includes Richardson and freshman Isabella Peccia.

Peccia said most students don’t think vaping is as bad as other substances so they choose to vape versus using something like marijuana.

Both students said they had never vaped, but Richardson said he’s been around it.

“Vaping is an issue and has to be dealt with,‘ Peccia said.

Using e-cigarettes, often called vaping, has now overtaken smoking traditional cigarettes in popularity among students, according to the Centers for Disease Control and Prevention.

E-cigarettes produce an aerosol by heating a liquid that usually contains high levels of nicotine — the addictive drug in regular cigarettes and other tobacco products — flavorings and other chemicals.

Users inhale this aerosol into their lungs and when they exhale, bystanders often breathe it in too.

Compared with regular cigarettes, the research on the health effects of e-cigarettes is painfully thin.

Experts say that although using e-cigarettes appears less harmful over the long run than smoking regular cigarettes, that doesn't mean they're safe — particularly for youth, young adults, pregnant women or adults who do not currently use tobacco products.

Doreen Lanc, Executive Director of the Cadillac Area Community Foundation, said they hope the presentation on Friday will educate some local youth on the dangers of vaping.

“YAC’s mission is to bring awareness to issues of today’s youth, vaping is the newest craze and the number of students vaping is soaring,‘ she said in a written statement. “We hope hearing this presentation today about the long-term dangerous health issue of vaping and that it’s not cool to vape, we can make a difference.‘

Huber said kids and teens are so unaware of the chemicals and harm that vaping does. There are warnings on the packages for vaping products, but kids often ignore them.

Vaping can include breathing in negative stimulants like nicotine, a highly addictive compound, and arsonic, an active ingredient in rat poisoning.

When someone breathes in substances from vaping it can cause popcorn lung, an irreversible scarring of the lungs. Even those not actively smoking can get third-hand smoke, where the chemicals from an e-cigarette stay on surfaces and dust and dirt.

This can expose other people and pets to the chemicals. It can be absorbed by touching it, which can put small children at risk who are crawling around and putting things in their mouth, Ju said.

When someone smokes the nicotine gets into their system and “that pleasure center in the brain is being stimulated,‘ she said.

When the pleasure centers in the brain adapt to the drug, it reduces the ability of the brain to produce chemicals like dopamine and they need more nicotine to feel better.

“So this is even more dangerous because it will create long-term users and addiction to nicotine,‘ she said.

There were some laughs and giggles during the presentation and a joke or two made by the middle schoolers.

Richardson said some of the students might shrug off the presentation and say its dumb.

But if they reduce the number of students that try it at least, that would be a great step in solving the problem,

“Hopefully they can learn the wise choice,‘ he said.

-The Associated Press contributed to this report.