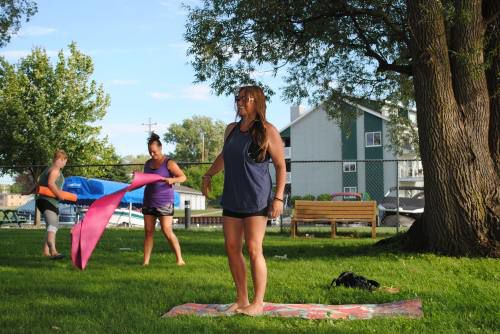 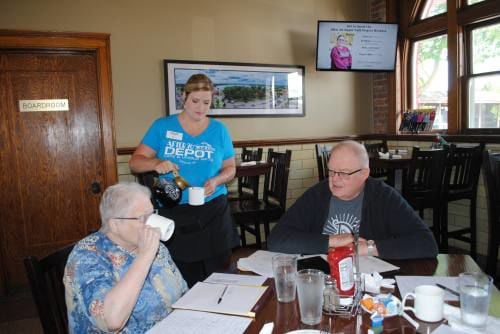 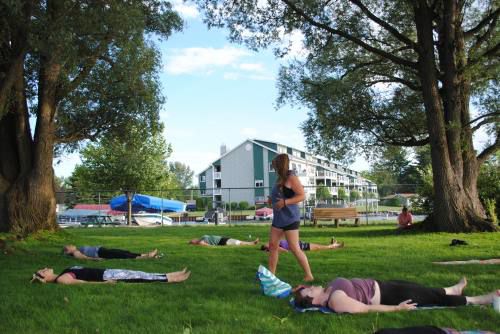 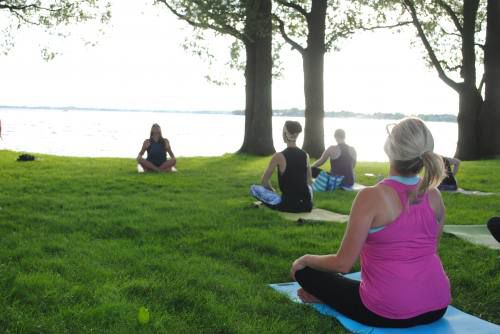 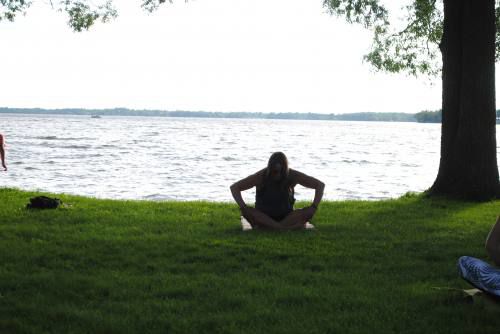 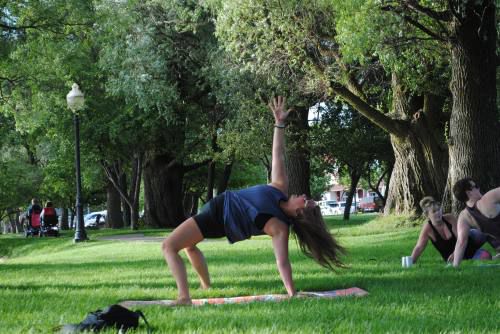 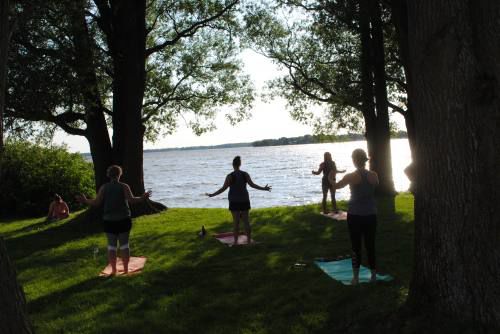 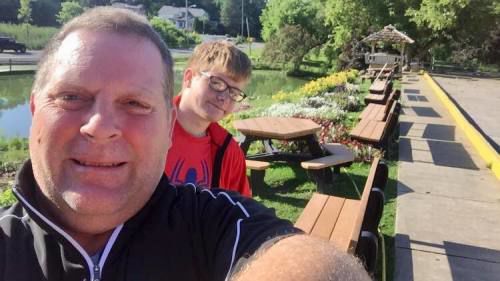 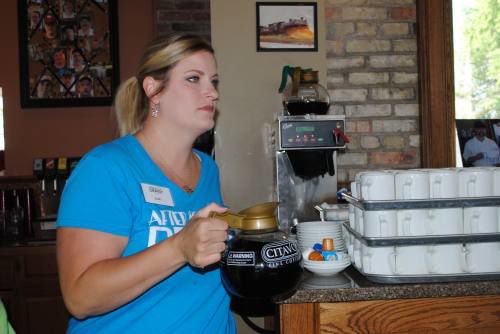 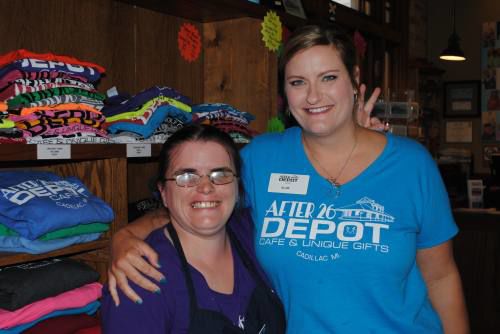 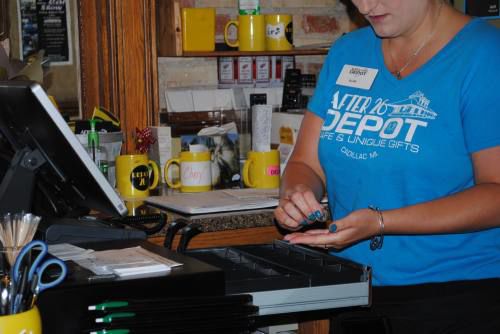 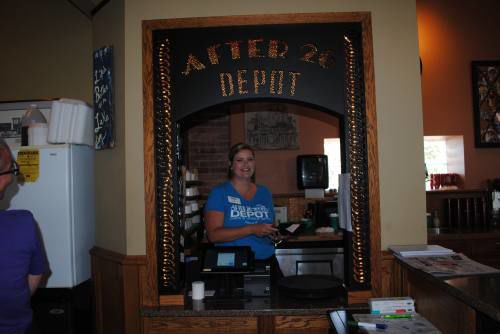 CADILLAC — Franklin Elementary School teacher Blair Bryant hears “so many‘ people say all the time that it must be nice teachers get to relax all summer.

What they don’t know is that Bryant has worked almost every summer for the past nine or 10 years. She teaches during the school year but during the summer she also is a waitress at After 26 Depot Cafe.

“We have the summer off but it’s an option to make more money,‘ she said.

The Cadillac News talked to three different teachers and discovered a lot of teachers in the area have part-time jobs during the summer and sometimes even during the school year, too.

“A lot of people have a side hustle because it gives us another opportunity to do something outside of teaching,‘ Bryant said.

She said people think they’re off gallivanting over the summer, but so many teachers spend hours on hours working, either for the joy of following a passion, for a little extra cash or both.

Some do it for the joy

Gary Vana, a math and Spanish teacher at McBain Rural Agricultural School, said there’s only two types of days during the summer for him: Sunday and not Sunday.

He said he thinks people think he’s having a nonstop vacation where he’s sleeping in every day, working half the speed and milking the system. He’s getting paid but not going to work and his brothers-in-law get cranky with him when he complains he only has three weeks of summer left.

Don’t let this fool you, as Vana’s been keeping plenty busy this summer. He said during the summer teachers “get our side hustles‘ and he’s got a couple.

His family has a maple syrup business and one of his brothers-in-law is trying to get it established. The brother-in-law’s working during the day, but Vana isn’t and has the free time.

So he goes on trips to Cadillac, Traverse City and even the metro Detroit area selling maple syrup products. He doesn’t charge his brother, but he does give Vana a couple of bucks for food and gas.

“I’ve already got my job, I don’t need the money,‘ Vana said.

When Vana’s not doing maple syrup trips or family time he teaches junior golf lessons at Missaukee Golf Club. Vana is the McBain golf coach but these lessons are open for the community with kids from Lake City and Cadillac attending.

He goes in, is paid to do the lesson, coaches for about an hour and then gets free golf. It gives him a little extra cash to take his wife out to dinner and then they get to go golfing for free.

As a teacher, Vana gets some perks that he takes advantage of, which includes getting to go to conferences and taking his family with him so they can do college visits. He had one conference by Michigan Technology University and the kids took four-wheelers up and were able to visit the college.

The conferences are paid for by grants and are often specific for a trade, like the one by Michigan Tech was for surveying. The participants learned about GPS and mapping and math, property lines and elevation, and he was able to bring the information back to his algebra class.

Vana said by having hobbies teachers can bring this stuff into the classroom and bring the abstract world of learning back into the concrete world we live in.

In his applied math class they put in greens and saw how the slope affects hitting the ball, how to get arcs and bring in the math behind it. They recreate the mathematical aspects to it, he said.

His trigonometry class will make Belgian waffles that look like graphs. He will give the students an equation and they will have to fill the squares of that waffle with maple syrup.

During the summer he has lots of time for thinking and planning different ideas he might want to try, like when he had six hours of driving for the Detroit trip.

“I guess that’s when the magic comes through creativity,‘ he said.

It’s different than during the school year when they’re on the grind and it’s harder to have that creativity. But with the time over the summer, it’s like a good bottle of wine. It lets his mind breathe.

The first day McBain teachers are required to be in the classroom is Aug. 14. School starts the following week on Wednesday. Vana lives a couple of miles from the school so he’s usually in the classroom once a week and it helps him get his mind ready for school, he said.

“Unfortunately the job never stops throughout the summer, just slows down,‘ he said, though he feels extremely blessed for getting to be a teacher.

One thing about going into teaching, you know you’re capped on the amount of money you get. The trade-off is time. He doesn’t have money to give but he has the time to donate to his church and his family.

“So we can just do that as our contribution,‘ he said.

Some do it for the money

Bryant definitely does her job for the extra cash, she said.

“Extra money never hurts, especially when you’re not making that much to start with,‘ she said.

She bartended and waitressed all through college and last summer was one of the few she didn’t work because she was pregnant.

She has used the money to help pay for school and this year everything she’s making is going toward her wedding.

Working for the restaurant is similar to her school schedule where she’s in the restaurant working around 8 a.m. and then out by 2 or 3 p.m., she said.

Usually teachers have to retrain their brains to go back to school, but when you have a summer job and you don’t sleep in every day that’s not the case, she said.

“It teaches you how to handle it,‘ Bryant said.

The summer job is also kind of like a break. Teaching is exhausting and when you’re doing something new and exciting over the summer it gets you refreshed for the school year. It’s kind of like an outlet, she said.

But there’s also so many teachers who go into the classroom throughout the summer. There’s tons of money that teachers spend on their classrooms to make it appealing to the eye. There’s also trainings they are suggested to go to over the summer.

“It’s constantly thinking, ‘how can I manage this year?’‘ Bryant said.

She said it’s not like teachers’ brains turn off over the summer and they forget they’re teachers. They’re not directly teaching but they are collecting stuff for their units.

“The kids are gone but we’re still teachers all summer,‘ she said.

She thinks most teachers work for a little bit of both passion and the money during the summer.

Some do it for both

Angela Lijewski is a teacher at Pine River High School. She has taught all kinds of stuff, like yoga in her physical education class, a yearbook class, a graphic art class, life skills and an entrepreneurship class.

She said she guesses people think she’s taking a month-long vacation. But she’s not. She teaches yoga during the summer through EVOLVE Yoga and Fitness in Cadillac and she does Yoga in the Park on Thursday nights.

She has done group fitness, yoga and Pilates classes part-time for the past 10 years. She does it during the school year as well, but during the summer has more time to do it when she’s not teaching at the high school as well.

She also has coached multiple sports, including softball, volleyball and soccer.

Why does she do it?

Well, she enjoys it and she likes staying active.

“Yoga’s really good for you and I enjoy bringing it to others in the community,‘ Lijewski said.

She also gets paid and it’s nice to have a little bit of extra money.

It’s not unusual at all and there are a lot of teachers who have other jobs, she said.

“So I know a lot of the teachers are definitely keeping busy,‘ Lijewski said.

She thinks teachers here have these summer jobs for both the money and the passion.

She has some friends who definitely need the extra money, especially when they’re starting out. They get a raise each year with teaching but when they are first starting out it’s challenging “and some people need to have that second job,‘ she said.

Teachers have professional developments they have to attend. They are required to do more learning by the state every year. She goes to a fitness conference every year and learns more things she can bring back to her students.

Lijewski is always trying to make that real-world connection and kids are definitely more receptive to learning when they can see it.

She said the kids will say they went home and taught their families about yoga. In life skills they learn how to make healthy recipes they can bring back to their families.

It’s gratifying to see students bring it into the real world, she said.

She loves teaching these subjects and is definitely passionate about yoga and her school job.

The majority of her teacher friends are passionate about what they’re doing and the subjects they’re teaching. They also do it for a love of their students.

“No, it’s not the highest paying job,‘ Lijewski said. “But it is a very rewarding profession.‘