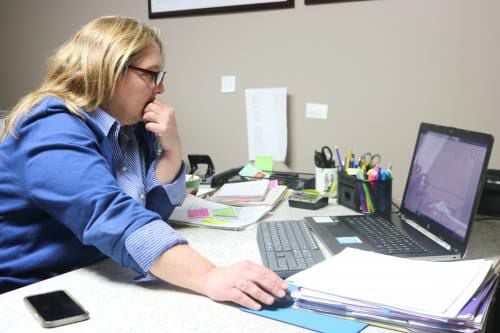 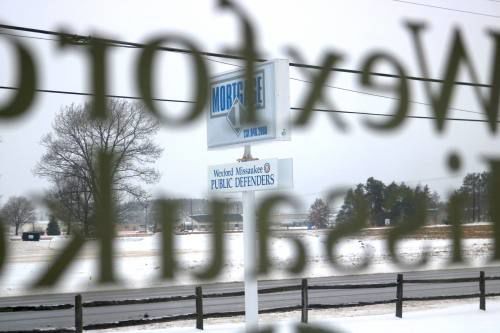 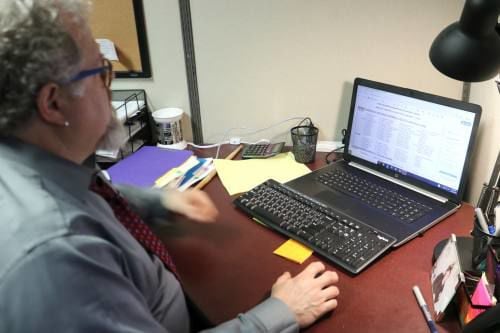 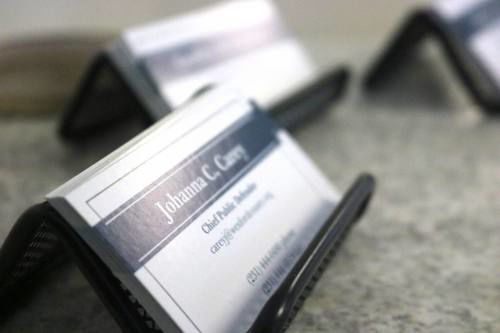 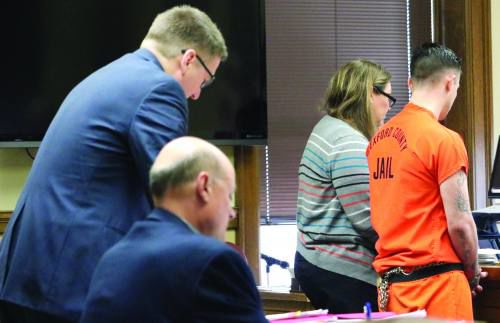 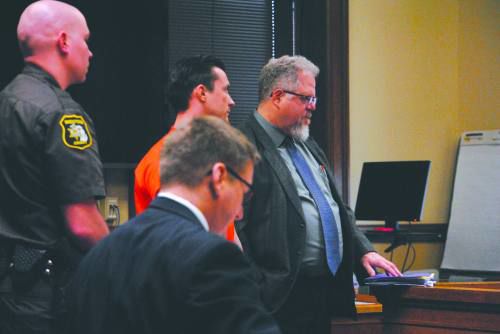 In this Cadillac News file photo, Shane Michael Oxford of Cadillac, center, stands next to his attorney from the Wexford-Missaukee Public Defenders Office Geoffrey Harrison, right, during his arraignment in 28th Circuit Court. The Wexford-Missaukee Public Defenders Office is adding a fourth attorney in hopes of lessening the caseload burden as well as providing the best results for clients.

In this Cadillac News file photo, Shane Michael Oxford of Cadillac, center, stands next to his attorney from the Wexford-Missaukee Public Defenders Office Geoffrey Harrison, right, during his arraignment in 28th Circuit Court. The Wexford-Missaukee Public Defenders Office is adding a fourth attorney in hopes of lessening the caseload burden as well as providing the best results for clients.

CADILLAC — For a little more than 15 months, the Wexford-Missaukee Public Defenders Office has been up and running.

The office started with three public defenders and very soon those numbers will grow by one. While the addition of the fourth public defender is a welcomed one, it will take time before it is known if that will be the right amount. What isn’t in question, however, is the large caseload the new office is handling.

Wexford-Missaukee Chief Public Defender Johanna Carey said she has extended an offer to someone after she was given the green light to hire a fourth public defender. While some preliminary things need to be completed, the offer has been accepted and the new public defender should start before the end of the month.

From January-September 2019, Carey said there were 519 cases in Wexford County and 218 in Missaukee County. While she didn’t have the final number from the last quarter of 2019 compiled, she estimated that it was within the realm of possibility that between the three public defenders in the office 1,000 cases were handled.

Doing some basic math shows each public defender handled more than 300 cases in 2019. With January off to a quick start, Carey said it only made sense to hire a fourth and potentially a fifth if it is deemed needed.

“Benzie and Manistee counties, which is the closest for what we have in Wexford-Missaukee counties, have five (public defenders). Maybe six now,‘ she said. “They started at five. We kind of undershot.‘

Carey said while the two counties likely could have benefited from having more public defenders at the start, there were a lot of unknowns. When the counties made the plan, they didn’t even know for sure if the state would follow through, according to Carey.

After the first year concluded, Carey said her office looked at what other counties were doing and what the caseload was. As a result, Carey said she requested to add the fourth public defender. She also will see how things go with the new public defender before deciding if a fifth one is needed.

“Right now, we have certain requirements we have to meet for the Michigan Indigent Defense Commission and we are not meeting them because we are in too many places at one time,‘ she said. “We are doing a good job, frankly, but not meeting all of our requirements. The MIDC is really good about that because they know we are understaffed, so they are working with us.‘

She said the biggest issue her office is facing is having to be in court every day. In the past, Carey said there were court proceedings between the district and circuit courts four days a week. Now it is typically five days a week.

As a result of being in the courtroom five days a week, it makes it difficult to find enough prep time as well as time to meet with clients. Although difficult, Carey said it is not impossible, but having the fourth public defender hopefully will help to ease some of that.

“There is not enough time, in our view, to prepare and cover all the bases. We are hoping to add the fourth person to allow us to change how we schedule people and get all the meetings in before court,‘ she said.

With experience as a public defender as well as in the prosecutor’s office, Carey said she was not surprised by the caseload, but having two counties’ worth of cases is a twist. She said the extra work, however, is making a difference as it allows those going through the court system to understand what is happening throughout the entire process.

“I think it has helped to have a calming period to talk to someone and get an explanation of what is happening,‘ she said. “I wasn’t in favor of meeting with clients before their arraignment, but now I find it extremely helpful.‘

With the caseload seemingly growing every week, Carey said her opinion is drugs play a role in a majority of cases even if controlled substances are not part of the charges brought against a person. She said drugs and methamphetamine are a big deal locally.

She also said she believes mental health needs to be addressed as it likely is playing a role in many of the public defender client’s cases.

“I don’t think we do a good job of addressing mental health issues. I think a lot of people are self-medicating and that is one of the components,‘ she said. “It is not a slam against any organization, but mental health is a huge problem.‘

Moving forward in 2020, Carey said the hope is the new public defender will help the existing three attorneys in the office to do their job better and more efficiently. Ultimately, the overall goal is to provide quality service to clients so they are getting the best results they can. Likewise, if they have a certain defense it is getting asserted and hopefully, they understand the court process better, she said.

In October 2017, the Wexford County Board of Commissioners established the Indigent Defender Office within the county, which is a partnership with Missaukee County. Every trial court funding unit in Michigan was required to submit a plan for compliance with the first four standards, along with a cost analysis, to the Michigan Indigent Defense Commission no later than November 2017.

Those first four standards cover training and education of counsel, the initial client interview, the use of investigation and experts, and counsel at first appearance and other critical stages. The Indigent Defense Commission was created as a result of efforts to improve legal representation for low-income criminal defendants.

The Michigan Indigent Defense Commission has already proposed a second set of four standards that are currently in a public review process. Those new standards, however, will not be implemented until 2021, according to Carey.

These next standards address the need for independence from the judiciary, defender workload limitations, qualification and review of attorneys accepting assignments in adult criminal cases, and economic disincentives and incentives, according to the Department of Licensing and Regulatory Affairs.

The two counties share the cost because they share both 84th District Court and 28th Circuit Court. The two came up with a three-year average cost for public defenders using data from 2010, 2011 and 2012.

The office is designed to mirror the prosecutor’s office, and any cost over the three-year average would be funded by the state. The budget for the department is mostly paid for by the state with the remaining money split between Wexford and Missaukee counties.