You are the owner of this article.
Edit Article Add New Article
You have permission to edit this article.
Edit
Login
Home
News
Coronavirus
Sports
Entertainment
Community
Obituaries
Classifieds
Contact Us
Today’s Paper
Publications
1 of 3 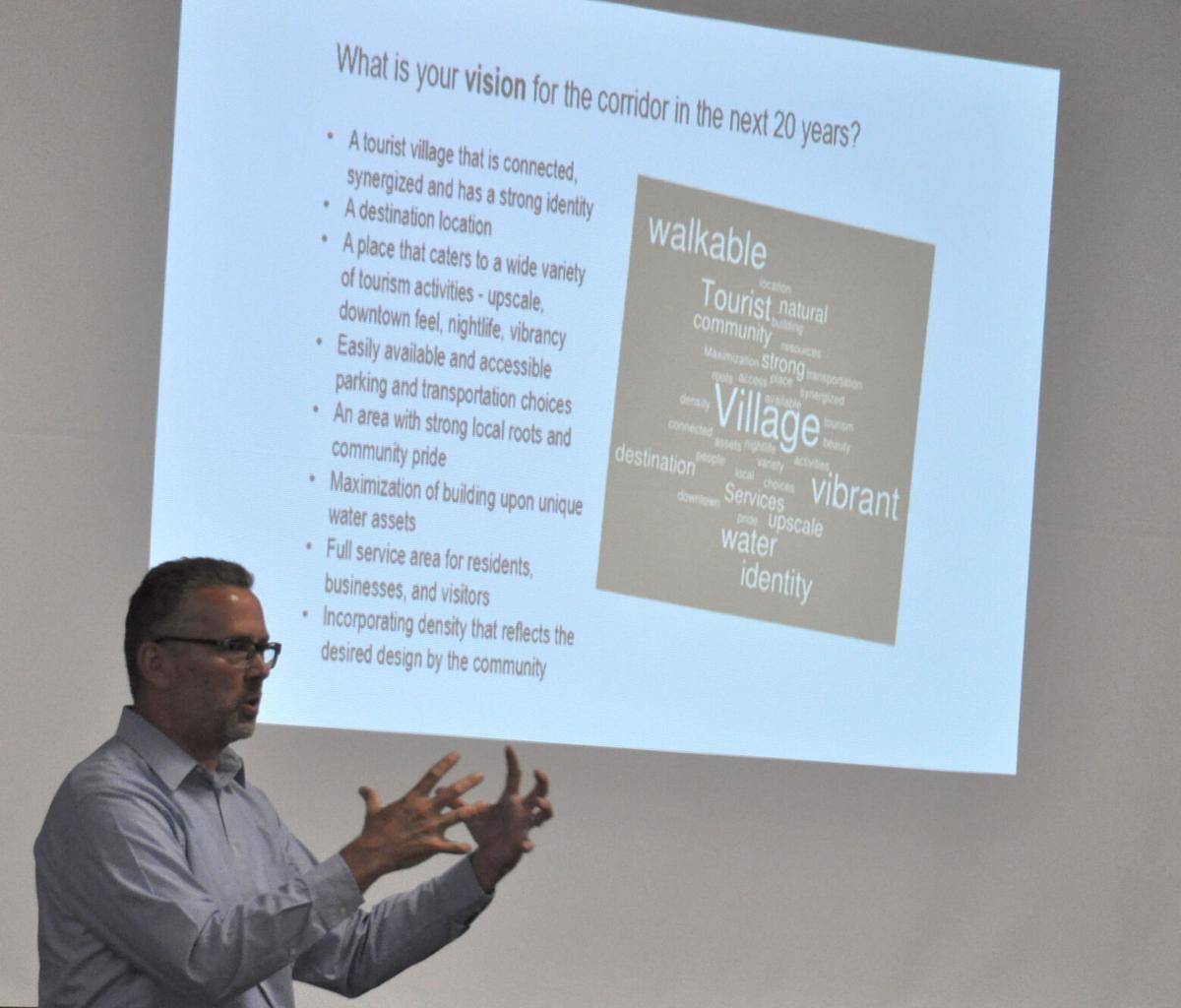 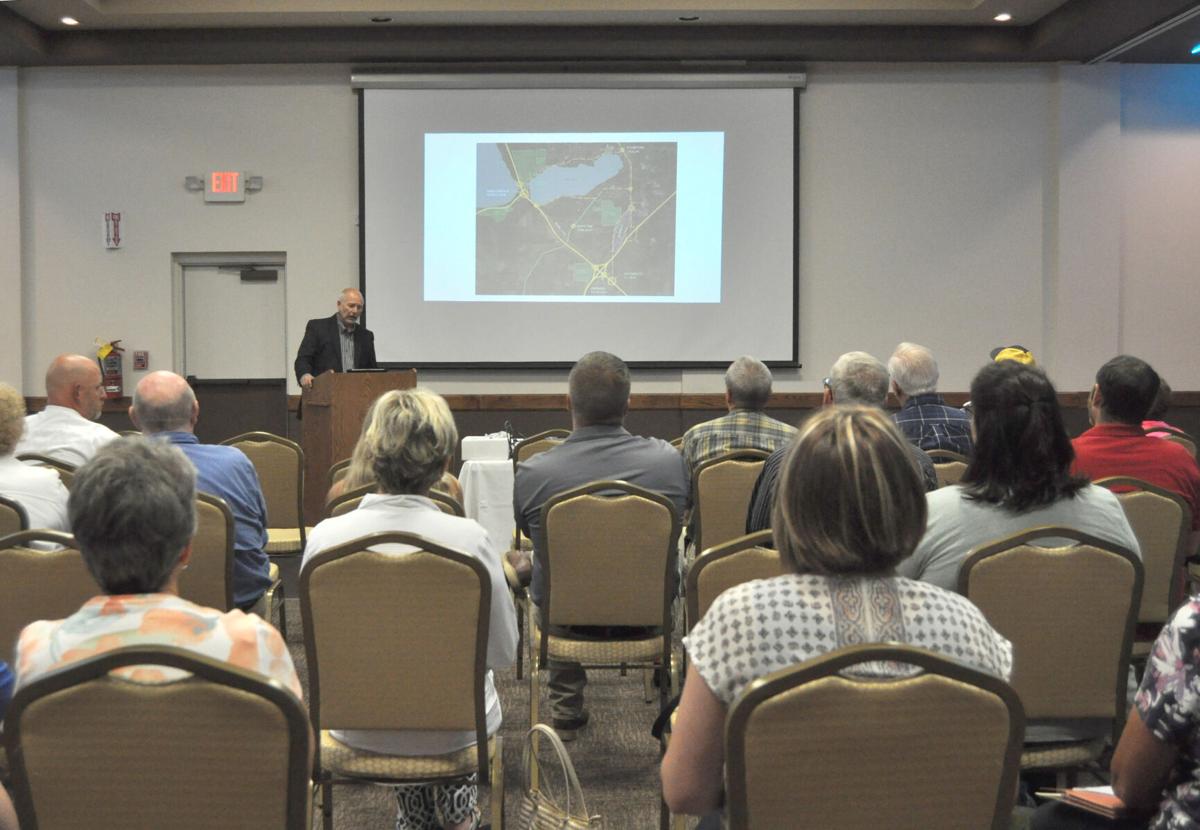 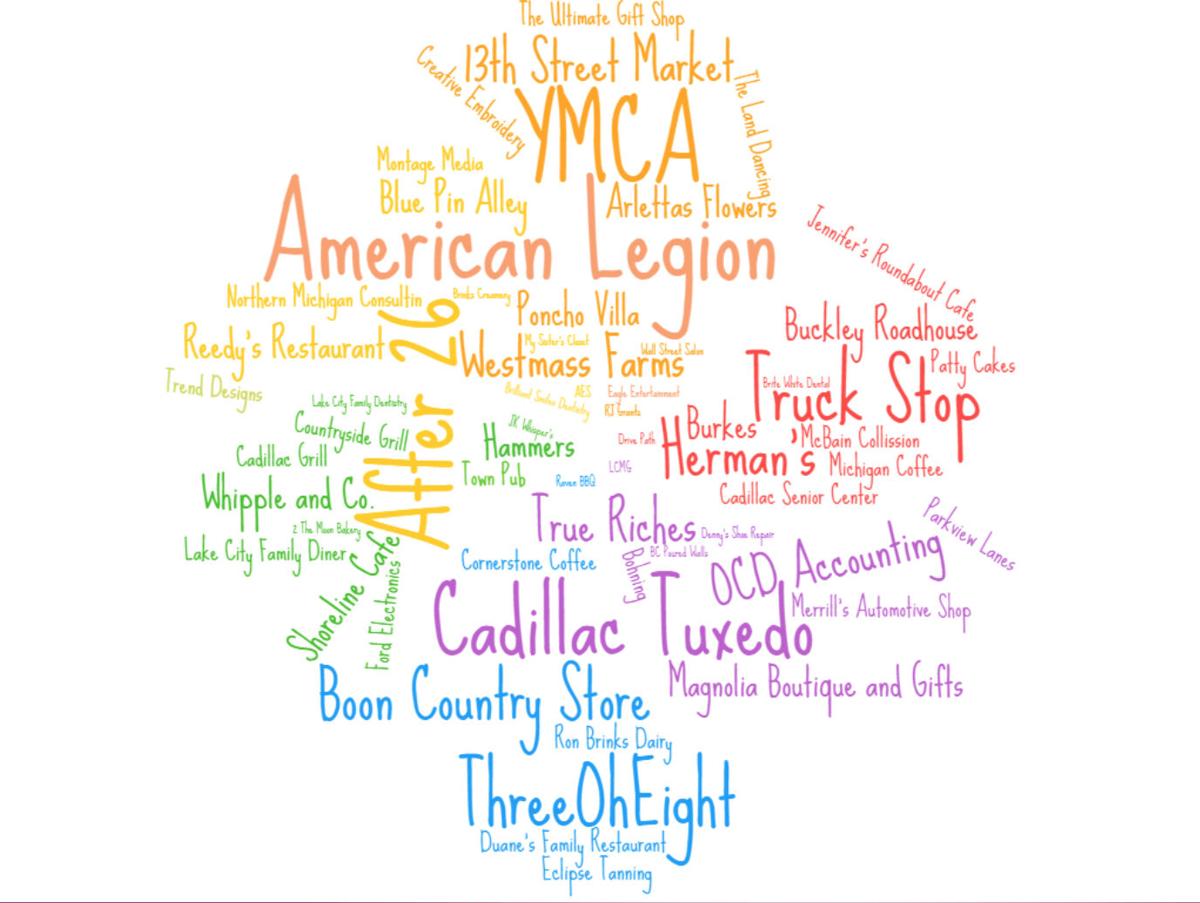 Pictured is a graphic showing the names of local businesses and organizations that received grant funding in 2020 thanks in part to the work done by the Alliance for Economic Success.

Pictured is a graphic showing the names of local businesses and organizations that received grant funding in 2020 thanks in part to the work done by the Alliance for Economic Success.

CADILLAC — Eyes tend to glaze over when public officials begin talking about organizations with boring, nondescript names, especially when those names are turned into acronyms that denote even less about their mission and local achievements.

Despite its generic-sounding name, however, the Alliance for Economic Success has a very specific mission for a very specific part of northern Michigan — a mission that has achieved real results for area residents, visitors and businesses over the last three years.

On a PowerPoint presentation highlighting the impact of AES since the organization’s founding, there is a statement that sums up their goals.

“Fostering collaboration to build prosperity in rural northern Michigan ... AES brings the leadership to identify local priorities on which to build collaborations to enthusiastically promote the community capital capacity building needed to develop sustainable, prosperous communities. We use our passion, diversity and humility to support these initiatives and provide integrity and ethical practices in achieving our goals.”

That’s a lot of buzzwords and PR lingo but one starts to get an idea of the real impact of the organization a few slides later, when cold-hard data is presented.

During 2020, AES was instrumental in bringing a little over $1 million in grants and COVID relief dollars to 73 businesses and organizations in Wexford and Missaukee counties. Organizations that benefited from these grants included the American Legion Cadillac Post, After 26 Depot Cafe, Reedy’s Restaurant, Buckley Roadhouse, Boon Country Store, Duane’s Family Restaurant and Three Oh Eight bar, among others.

And that’s just the tip of the iceberg.

Since forming, the group also has spearheaded a number of studies that looked into various facets of the local economy, including the housing shortage, retail opportunities, and the strengths of Cadillac West and the Mitchell Street corridor. Along the way, developers have consulted these studies and used them to justify the construction of several new businesses, including the Cadillac Lofts, Jimmy John’s sandwich shop and Long Road Distillers.

AES also helped the Wexford Civic Arena obtain a DNR grant to pay for a new heating and cooling system in the facility.

All this work and more was done by AES on a part-time basis using a meager $50,000 a year in donations.

Jeremy Winkle, owner of VanDrie Home Furnishings, said everyone involved in the group’s formation agreed there needed to be a more focused and unified approach to regional economic development, rather than everyone, including area municipalities, fighting among themselves for limited resources and opportunities.

“It seemed like we were all tripping over each other and worried about our own turf,” Winkle said.

When considering what type of organization to form, Winkle said they looked at the Alliance for Economic Success, which was created in Manistee County several years earlier. Baker College of Cadillac President Kelly Smith was on the AES board in Manistee and knew a lot about how it operated.

After the local chapter formed, Manistee AES director Lisa Leedy started doing work in Wexford and Missaukee counties, and was the vision behind the Mitchell Street corridor and Cadillac West corridor studies.

But AES isn’t only about conducting studies; when the COVID pandemic occurred, the organization shifted its gears to help businesses that were hurt by the lockdown, social distancing mandates and other restrictions.

Winkle said AES walked business owners through the process of applying for financial aid. They also took part in biweekly conference calls with community groups and officials to get an idea who was in most need of assistance as the pandemic progressed. When it came time to dole out the COVID relief aid, AES assisted the Michigan Economic Development Corporation in deciding which local entities should receive funding.

The ability of AES to quickly evolve and apply their efforts to existing circumstances is crucial, Winkle said.

Winkle said their goal during the last three years was to prove the value of AES with hopes that eventually municipalities would come on board and provide a more stable source of funding, especially now that the majority of their donations have dried up.

They decided to follow a long-term funding and operational model currently being utilized by the Northern Lakes Economic Alliance, under which Michigan State University Extension provides the staffing they need to run the organization, with funding provided largely by municipalities such as cities, counties and townships.

“This is the model they work under, and we figured why reinvent the wheel?” Winkle said.

Under this arrangement, MSUE will provide 20% of the funding and the community will provide 60%. The remaining 20% of funding will be covered by a $25,000 annual rent donation from Baker College of Cadillac to allow MSUE to use one of their existing facilities.

Last week, Winkle and others on the AES board approached the city of Cadillac and asked for their assistance to continue running the organization.

MSUE will be in charge of hiring a new AES director in coming weeks, as Leedy stepped down recently to take a position elsewhere. They hope to have a new director in place by next month.

Winkle said the future direction of the organization will depend to a large degree on the circumstances they find themselves in.

For instance, while it’s possible that additional studies will be done on areas of economic importance, including housing, jobs and child care, it’s also possible they may focus their immediate efforts on other endeavors such as taking advantage of what’s left of federal CARES Act funding while it’s still be disbursed by the state.

Winkle said another major undertaking of the organization in coming years will be to educate businesses, non-profits and developers about what programs and funding sources already are available for them to take advantage of. An example would be programs that incentivizes businesses to help incoming employees build or obtain housing, Winkle said.

One of the big benefits of having stable funding is being funded full-time, whereas before they were a part-time entity. Winkle said this should translate into an even bigger impact on the community.

As for their vague identity, Winkle said they’d like to rebrand the organization at some point to clarify its mission and how it pertains specifically to Wexford and Missaukee counties, although he said that probably won’t include a name change, as AES has started to develop recognition and respectability around the state.