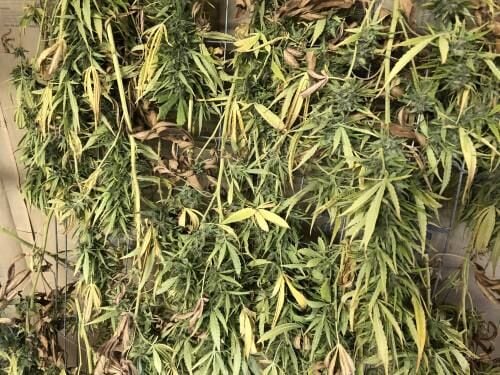 Marijuana dries in the processing facility of a "bud and breakfast" in Lake County. 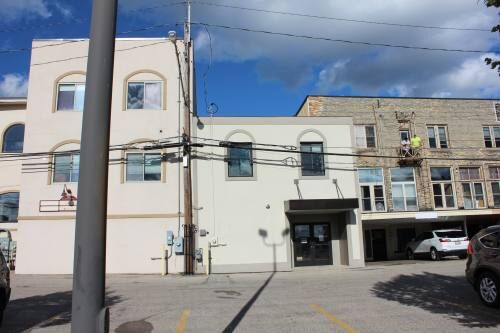 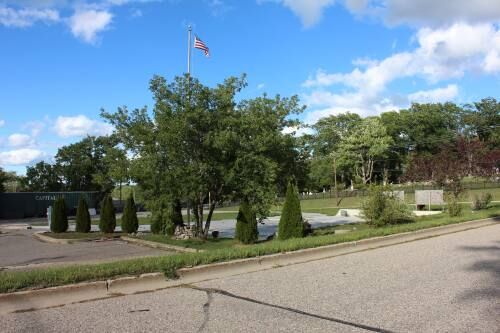 Marijuana dries in the processing facility of a "bud and breakfast" in Lake County.

On Monday, Cadillac's planning commission is slated to meet virtually. During the meeting, the planning commission will hear from the two businesses that won conditional permission to begin the process of opening recreational (also known as adult-use) marijuana retail shops in Cadillac.

Attitude Wellness, also known as Lume Cannabis, told the city's committee marijuana business selection committee in August that the company planned to build a retail establishment at 1250 South Mitchell Street, in the vacant lot that used to be the Hilltop Restaurant.

The company said during the presentation in August that the retail store could open within a four-to-six month period.

The company's spokesperson said they were targeting a Cadillac location in part due to the proximity of the company's marijuana growing operation in Evart.

Architect Chris Enright is expected to speak at the planning commission on Monday. He spoke previously to the city's marijuana business selection committee, telling them that in addition to building the 4,000 square foot store from the ground-up, there will be new parking, retaining walls and landscaping. He also spoke to the environmental impacts of the project.

There will be a solar carport at the site, Enright said at the time.

"We've made a commitment to all of our buildings as much as we possibly can to provide alternate energy sources for our buildings wherever possible," Enright said.

Fresh Coast Provisioning, which plans to open a "Dunegrass" store at 115 North Mitchell Street, in the basement of the building (with the main entrance facing Lake Cadillac, not Mitchell Street), is also expected to go before the planning commission on Monday.

That store location has been the source of some controversy due to the upstairs tenant, Northern Hearth Quilting and Sewing Center, was given a lease termination letter.

A coffee shop is anticipated to go in the space instead.

Northern Hearth wasn't kicked out until after Fresh Coast Provisioning got the conditional permit from the city.

Back in August, stability was one of the selling points highlighted by Fresh Coast Provisioning.

"Our proposed investment into the revitalizing the city center maximizes the environmental and social returns over new construction elsewhere in the city," CEO Nick Piedmonte said. "Our location is at 115 North Mitchell street, and it's a rare find. It's an existing vacant property located in the central business district. We're not replacing any property owners with roots in the community. We're not displacing businesses that provide Cadillac jobs. You know, quite the opposite. We really hope to join other flagship operators in the city center as a new anchor tenant."

Northern Hearth signed a lease to move to a location on Plett Road near the roundabout with 13th Street.

Security was another selling point for Fresh Coast.

"What makes our project unique is our proposed location's proximity to the Cadillac Police Department. It will serve as a powerful deterrent to malfeasance of any kind," Piedmonte said, noting that the store is less than 300 feet from the police department, and due to the store's location in the basement of a row building, has limited access points.

There are several steps the businesses must clear before they can begin selling marijuana; first, they have to receive a special use permit from the city's planning commission. Afterward, they'll need to get permission from the state agency Licensing and Regulatory Affairs (LARA). The businesses can't even apply to LARA until after their buildings receive occupancy permits.

The meeting in which the applicants made their case was public; however, the applications themselves are not public and are exempt from the Freedom of Information Act. The city has repeatedly refused to release the applications.

"The exemption exists because the applications include sensitive and proprietary information and redacting that information would require a significant allocation of public resources. Moreover, releasing the applications without redactions could result in liability for the City and would not be in the best interest of the public," wrote City Manager Marcus Peccia in an email to the Cadillac News. "Accordingly, the City intends to continuing exempting the applications as permitted by law."

The Cadillac News inquired about whether the city would revisit the newspaper's previous FOIA after learning of allegations that the scoring process was unfair.

Robert McCurren is a partner in RTMC Enterprises, which had hoped to open a store where the Mitchell Street News and Video (which sells "intimacy items"). McCurren has called for the city to re-score the applications and said a lawsuit is possible.