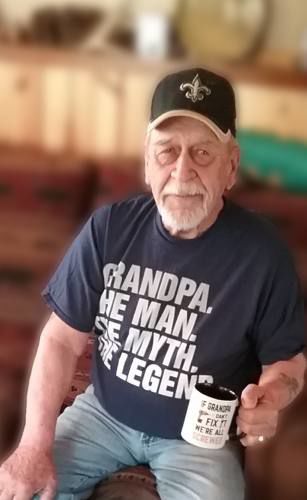 CADILLAC — Donald Eugene Huston Jr., of Slagle Township and formerly of Cadillac and Traverse City passed away unexpectedly on Thursday, July 2, 2020 at Munson Healthcare’s Cadillac Hospital. He was 78.

Don was born on August 20, 1941, in Cadillac, to Donald Sr. and Vida (Lemon) Huston. On July 23, 1988 Don entered into marriage with the former Connie Bersuder in Saline, Michigan. Don enjoyed playing pool, golf, hunting, fishing, and spending time in the woods with his four-legged friends. Don retired from the Slagle Trout Camp of Mesick after 18 years. He was a life member of the Mesick Amvets Post 120 and proudly served his country as a member of the United States Army.

Donald is survived by his wife, Connie Huston of Harrietta; his children, Joni Huston of Jackson, MS and Rebecca (Brian) Tyndall of VanCleave, MS; two grandchildren, Nora Grace and Zac; one sister, Kathy (Phil) Winkle of McBain; one brother, Brad Huston of Traverse City; mother-in-law, Arlene Bersuder of Lakeland, FL; his brother-in-law and sister-in-law, Lee and Jane Bersuder of Saline; many nieces, nephews, great-nieces and nephews, as well as many other loving family members and friends. He was preceded in death by his parents.

Per his wishes cremation has taken place and a private celebration of life will be held at a later date.

Memorial contributions may be directed to the Mesick Amvets Post 120.