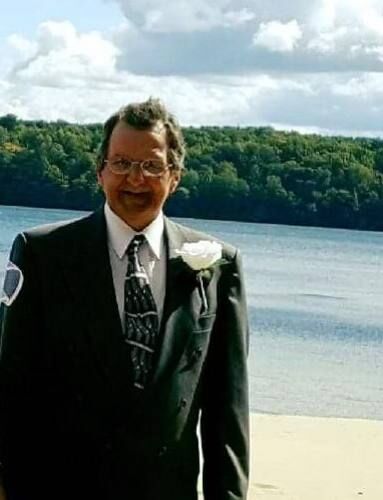 Ed was born on September 30, 1958 in Grand Haven, Michigan to Julius G. and Marian D. (Scheltema) Keway and they preceded him in death. In 1976 Ed graduated from Grand Haven High School and later he entered the United States Army.  He has been a resident of the Cadillac area for the past 37 years and had been employed at AAR for 15 years. He enjoyed hunting, fishing, bowling, NASCAR racing, arcade games, roller skating and working carnivals and fairs.

On November 13, 1982 in Grand Haven he married the former Kathy S. Simmons and she survives him along with their children, Holly (Chris) Knight, Mathew Keway, and Lucas (Kayla) Keway all of Cadillac; four grandchildren, Ethan, Hannah, Emrie and Jessa; a brother, Ernest Keway of Muskegon; two sisters, Valarie Keway and Judy Michmerhuizen both of Grand Haven. In addition to his parents, Ed was preceded in death by two brothers, Walter “Wally‘ Keway and Vinny Keway; and a brother in law, John Michmerhuizen.

A private memorial gathering will take place at a later date.