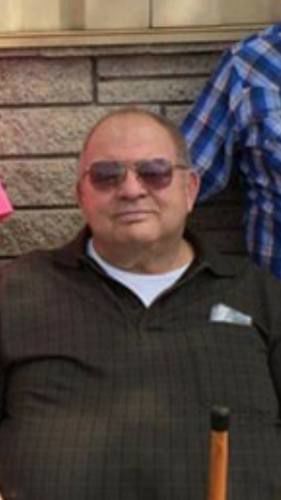 MANTON — George "Stub" Orlando Gregg, longtime resident of the Manton area passed away at home on Monday, January 13, 2020. He was 82.

Stub was born on July 11, 1937, in Meauwataka, Michigan to George Arthur and Catherine Mae (Leach) Gregg. He was a graduate of Manton High School in 1955 and proudly served as a heavy equipment operator, in the United States Army during the early 1960's. Stub entered into marriage with the former Linda S. Rauch on March 27, 1982 in Fife Lake. Stub made a living as a milk hauler and eventually running the dairy farm. He enjoyed spending time in his office in his favorite chair and could often be found watching old John Wayne Westerns on the television. In younger years, he enjoyed cars and motorcycles.

Stub is survived by his wife; Linda Gregg of Manton, two sisters; Mary and Patricia, a brother; Dale, his children; Saunice Musselman of Manton, and Tom (Leona) Gregg of Manton, his grand-children; Melissa, Alicia, Annette, Krysta, Katie, Rebecca, Lydia, Dylan, 14 great-grandchildren; as well as many other loving family members and friends.

He was preceded in death by his parents and a son-in-law, Tim Musselman.

Condolences and memories may be shared with the family online at www.Hall-Holdship.com.

The family is being served by the Hall-Holdship Funeral Home.