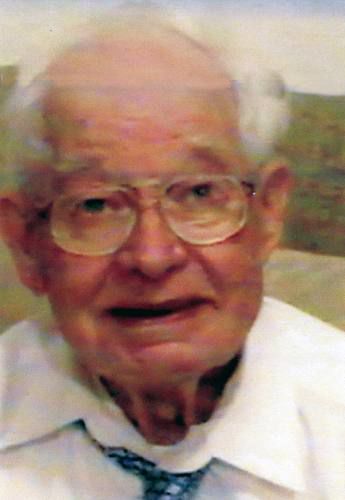 FLINT — James Burton, of Flint and formerly of Marion, passed away on Saturday, April 20, 2019 at the Durand Senior Care and Rehab Center. He was 98.

Jim was born on June 1, 1920 in Jackson, Michigan, to Jay and Nina (Stevens) Phelps and was raised by Edward and Bessie (Billings) Burton. On November 5, 1943 he entered into marriage with the former Mina May Thompson in Marion, Michigan. The couple spent 60 years together until her time of passing on October 24, 2003.

Jim spent his career working as a commercial carpenter for more than 50 years around the state of Michigan until his time of retirement. Jim enjoyed spending time outdoors, especially hunting and fishing. In his spare time, you could often catch him with woodworking projects. He cherished the time spent with his family, especially his grandchildren and great-grandchildren.

He was preceded in death by his parents, Edward and Bessie; wife, Mina; daughter-in-law, Sandy; sisters, Clare, Martha Jane and Norma; and brothers, Charlie and Art.

A funeral service will be conducted on Friday, April 26, 2019 at 3 p.m. with visitation held one hour prior at Fosnaught-Holdship Funeral Home in Marion. Interment will take place at Greenwood Cemetery at a later date.

Memorial contributions may be directed to the charity of one's choice.

Condolences and memories may be shared online at www.Fosnaught-Holdship.com.

The family is being served by Fosnaught-Holdship Funeral Home.